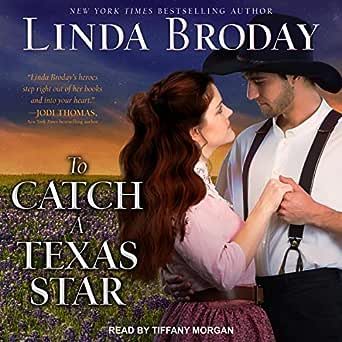 elizabeth rainbird
5.0 out of 5 stars A heartwarming Book by a talented author
14 July 2018
Format: Kindle EditionVerified Purchase
I have been looking forward to this book and was not disappointed. Roan Penny has spent his whole life looking for aq place to belong. His outlaw father gave him away when his mother died and the teacher who took him in died when he was 12.. An old man Mose Mozeke had taken him in and given him a job when one night a band of masked men rode up to the cabin killed Mose and beat and tied up Roan dragged him behind a horse
and left him to die by the side of the road.
Marley Rose McClain was driving into town when she saw something near the side of the road when she investigated she saw it was a man managed to get hi into her buckboard and took him to the family ranch where he was looked after until he was better.
He was determined to get the men who had killed his friend and with the help of Marleys father went back. Marleys father had been losing a lot of cattle to rustlers and they were convinced the two incidents were linked.

Tis book must be read to get to the end of the story which has a lot of twists and turns in it. I highly recommend it.

Read more
Helpful
Comment Report abuse
See all 1 customer reviews
Write a customer review
Get FREE delivery with Amazon Prime
Prime members enjoy FREE Delivery and exclusive access to movies, TV shows, music, Kindle e-books, Twitch Prime, and more.
> Get Started
Back to top
Get to Know Us
Make Money with Us
Let Us Help You
And don't forget:
© 1996-2020, Amazon.com, Inc. or its affiliates