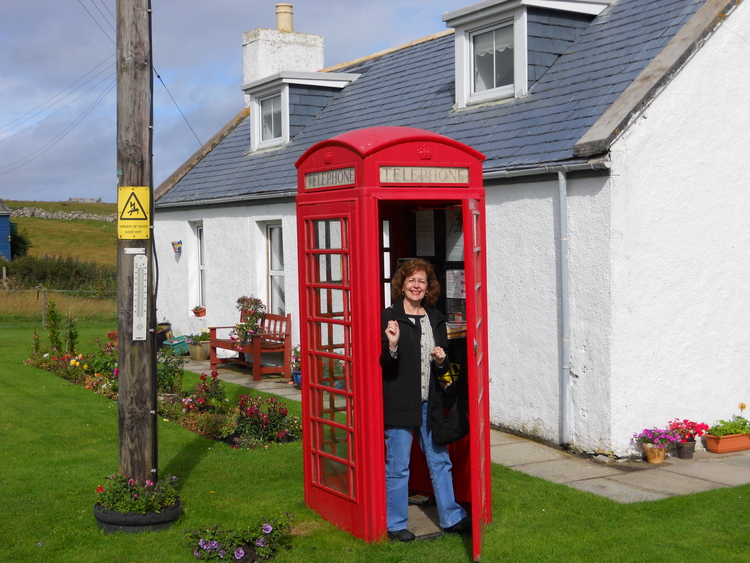 by Maddy Hunter (Author)
4.5 out of 5 stars 19 ratings
See all formats and editions
Sorry, there was a problem loading this page. Try again.

As tour escort Emily Andrew-Miceli leads her globetrotting band of Iowa seniors into the wilds of Alaska, she discovers that whales aren't the only killers on the prowl. When a tour member turns up dead on a mountainous hiking trail, Emily blames herself for the mishap?until she learns that something far hairier might be the cause.

One of the seniors snaps a photo of what looks like Bigfoot, raising questions about what happened to the victim. But the elusive sasquatch is just a legend, isn't it? Between whale watching in the glacial waters near Seward and ziplining in the primal forests of Denali, Emily finds herself locked in a game of cat and mouse with a killer who may or may not be mere myth.

Yxl's Mom
2.0 out of 5 stars Keep the politics out
Reviewed in the United States on 2 July 2019
Verified Purchase
I have read every one of the Passport to Peril series. I just read 3 of the last 4 while I was on vacation last week. Maybe it was because of reading them so close together that the politics just really stuck out. Every once in a while, the author will throw in some comment showing her politics. I don't want to read it. I don't want to know what her political opinion is. I just want to read and be entertained. This is supposed to be a funny, entertaining murder mystery series, not a political essay. Keep the politics out and stick with the characters. At this point, I don't think I'll read another of her books. I'm sorry to see the characters go, but I want entertainment, not political opinions.
Read more
One person found this helpful
Report abuse

Kindle Customer
5.0 out of 5 stars Wonderful and quirky
Reviewed in the United States on 14 December 2018
Verified Purchase
Love all of her books. This one had multiple mysteries and deaths. Where the ending comes as a surprise. Love that grandma is back;and Emily's mom is still trying to keep grandma in line. But Bigfoot keeps getting in the way.
Read more
2 people found this helpful
Report abuse

Donna Smith
5.0 out of 5 stars Another wild journey with the Iowa gang!
Reviewed in the United States on 10 January 2019
Verified Purchase
As a fan of this series, I approach each book wondering if Ms. Hunter will maintain her high standards. No disappointment here! The "Passport to Peril" mysteries are clever, amusing and even a bit informative (regarding the sites the group visits). There were some surprises here also! Very happy to see Etienne Micelli back in the midst of the action once again. If you are looking for sophisticated sleuths and exotic locales -- well, you get the locales! (wink) Otherwise these books are a welcome diversion for Midwesterners like me! Where are we going next?!
Read more
2 people found this helpful
Report abuse

Barbara Bacchus
5.0 out of 5 stars Very funny!
Reviewed in the United States on 12 December 2018
Verified Purchase
This the 12th book in this series Each book gets better and better. Love all the characters in book. It also has a few twists. Highly recommend!!
Read more
2 people found this helpful
Report abuse

Kindle Customer. lidija foglar
5.0 out of 5 stars I want such a crazy travel group!
Reviewed in the United States on 13 February 2019
Verified Purchase
I never would have guessed the murder! Crazy elderly tourists, a friendly but sometimes desperate tour guide (who wouldn't be with such travelers?) who has lots of hunches who is the murder - but is usually wrong.
The whole series of books is fun and the quirks of the countries are real, I have been there.
Great read, I look forward to many more adventures!
Read more
Report abuse
See all reviews
Back to top
Get to Know Us
Make Money with Us
Let Us Help You
And don't forget:
© 1996-2022, Amazon.com, Inc. or its affiliates