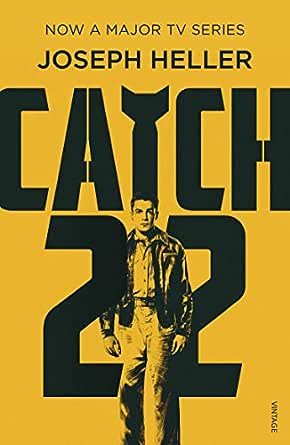 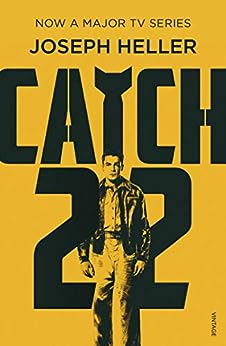 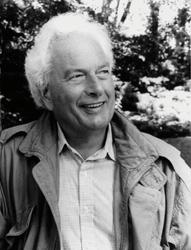 Joseph Heller was born in 1923 in Brooklyn, New York. He served as a bombardier in the Second World War and then attended New York University and Columbia University and then Oxford, the last on a Fullbright scholarship. He then taught for two years at Pennsylvania State University, before returning to New York, where he began a successful career in the advertising departments of Time, Look and McCall's magazines. It was during this time that he had the idea for Catch-22. Working on the novel in spare moments and evenings at home, it took him eight years to complete and was first published in 1961. His second novel, Something Happened was published in 1974, Good As Gold in 1979 and Closing Time in 1994. He is also the author of the play We Bombed in New Haven. --This text refers to the hardcover edition.

"The greatest satirical work in the English language" (Observer)

"Blessedly, monstrously, bloatedly, cynically funny and fantastically unique. No one has ever written a book like this" (Financial Times)

"Catch-22 gave us a right to laugh at the macabre. Laughter is a soldier's response to a lot of absurdity and the terror of it all. The military machine does the strangest things that make no sense to the rest of us." (Tim O'Brien)

"Catch-22 is the only war novel I've ever read that makes any sense" (Harper Lee, 1961) --This text refers to an alternate kindle_edition edition.

Yossarian looked at him soberly and tried another approach. 'Is Orr crazy?'

'He sure is,' Doc Daneeka said.

'Can you ground him?'

'Because he's crazy,' Doc Daneeka said. 'He has to be crazy to keep flying combat missions after all the close calls he's had. Sure I can ground Orr. But first he has to ask me to.'

'That's all he has to do to be grounded?'

'And then you can ground him?' Yossarian asked.

'You mean there's a catch?'

'Sure there's a catch,' Doc Daneeka replied. 'Catch-22. Anyone who wants to get out of combat duty isn't really crazy.'

"10 million copies sold in 21 languages- Yossarian lives! This is a special edition to celebrate 50 years of this unforgettable, exhilarating classic." --This text refers to an alternate kindle_edition edition.

There was only one catch and that was Catch-22, which specified that a concern for one's own safety in the face of dangers that were real and immediate was the process of a rational mind.Orr was crazy and he could be grounded.All he had to do was ask: and as soon as he did he would no longer be crazy and would have to fly more missions.Or be crazy to fly more missions and sane if he didn't, but if he was sane he had to fly them.If he flew them he was crazy, and didn't have to; but if he didn't want to be was sane and had to.Yossarian was moved very deeply by the absolute simplicity of Catch-22 and let out a respectful whistle.
"That's some catch, that Catch-22," he observed.
"It's the best there is," Doc Daneeka agreed. --This text refers to an alternate kindle_edition edition.
Read more