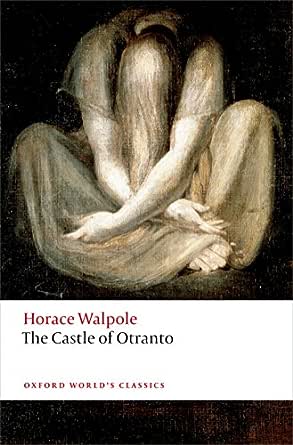 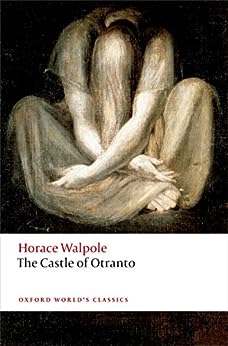 Presented as the translation of a medieval Italian text from the time of the crusades, The Castle of Otranto was the first and most influential novel of the eighteenth-century Gothic revival, and introduced several of what became its most recognizable tropes.
See all Product description
click to open popover

There are 0 customer reviews and 2 customer ratings.

Kindle Customer
5.0 out of 5 stars A Dream, a Gigantic Armored Hand in a Castle, and the Rest is History
24 May 2016 - Published on Amazon.com
Verified Purchase
I first read The Castle of Otranto, in college. It is reputedly the original horror story that caused Bram Stoker to create Dracula. It scared poor British boys so bad they lost sleep. I don't know about that, but I would bet money on the fact that Horace Walpole knew how a good scarey story would take the impressionable Englishmen. Walpole's friend, Thomas Grey wrote to him that his gothic horror story scared the students of Cambridge so much that it made “some of them cry a little, and all in general afraid to go to bed o’ nights.” It was 1765.

So he had this dream... A castle, a staircase, a huge armored glove in a gallery.

Then he sat down and wrote a book that he attributes to fictional character, “William Marshal, gentleman, from the Italian of Onuphro Muralto, canon of the Church of St. Nicholas, at Otranto", which Walpole claims to have found and translated from the original Italian. Dating of the of the story is placed between the first and second Crusade, sometime between 1095 A.D. and 1243 A.D., though the fictional book itself was written in the 1500's. The real book was written in English and printed in 1765.

He had a printing press... Yes, young peanut. Self publishing happened earlier then the twenty first century.

The rest is history. The medieval fantasy / gothic horror franchises had opened their doors for business.

Between the prophecy, the knights and castles, the Crusades, the zealous tyrant, the lost heir, the swooning damsels, the dying hermit, the dead knight returning to reclaim his daughter AND gigantic armor that kills people, well how can you turn that down?

My favorite part was when something terrifying happened, it always happened when the Prince of Otranto was out of the room, but many of his staff and servants saw it. They would run to him, arriving breathlessly to warn him of the danger, then start these long rambling tales. He could switch from one person to the other, trying to figure out what happened and still not understand as they would quiver, lead up to the terror and go off on tangents, etc., until he would explode in anger and finally get off his privileged butt to go see what scared them. Funniest thing. Happens three times.

Mike Emery
5.0 out of 5 stars Nick Groom's 2014 Oxford edition of "Otranto" is astonishing.
13 December 2014 - Published on Amazon.com
Verified Purchase
This reissue of "The Castle of Otranto" is a much needed updating of the book's supporting material for the 21st century. Groom has read the entire correspondence of Horace Walpole (which runs over 4000 letters, many of them long), and makes brilliant use of them in his new introduction to this book. The 29-page introduction places the novel in terms of the historical Goths, the archaism and sublimity that were all the rage in 1760s Britain, and the religious and political circumstances that led Walpole to write the book. Groom sifts recent scholarship with a profound knowledge of Walpole's life, times, and architectural proclivities. A new bibliography, chronology of Walpole (in paired columns labelled "Life" and "Historical and cultural background"), appendix with "Gothic contexts" (excerpts from other books by Walpole and Richard Hurd), and 20 pages of new explanatory notes on the text all make this edition essential. If you care about this novel, you must have this new edition of it.
Read more
30 people found this helpful

PeterB
3.0 out of 5 stars A Book in Some Ways Ahead of its Time
5 October 2017 - Published on Amazon.com
Verified Purchase
A book of its time and in some ways before its time, foundational in some ways, it is by no means epic fantasy or great literature. Set in an imaginary Italy - admittedly an early "alternate reality" - the story is a morality play of sorts, introducing odd - dreamlike - elements. Recommended not so much for sheer entertainment as for bringing to the reader some deeper understanding of western fantasy, especially as developed over the last two hundred or so years in the English language. It may very well be considered a four or five star work by some, but others not prepared for it will dismiss it with one or two. So for aficionados to the time or of the genre or of both, it will be a worthwhile read. This reader enjoyed it for what it is.
Read more
5 people found this helpful

Carolyn M. Osborne
4.0 out of 5 stars Important as historical literature
29 May 2017 - Published on Amazon.com
Verified Purchase
I got this book for reference when I was doing research for my book, A Perfect Plan, which is set in the 1780s. Castle of Otranto was written about 250 years ago, in the style of that time. As the first Gothic novel, it's important and worth looking at. It is more readable than I expected it to be -
highly dramatic, and kind of fun to read. For readers now, I think its value is more for historical than literary purposes. It is an important book and I'm very grateful to have been able to get it.
Read more
6 people found this helpful

Alexandra Fallows
3.0 out of 5 stars Great start, then peters out.
25 September 2014 - Published on Amazon.com
Verified Purchase
Two and a half, rounded up. I picked this up because I'm trying to forced myself to supplement the trash I ordinarily read with a solid dose of Proper Literature. Putting that lit degree to good use and all that. Anyway, I heard it was gothic, I like all things gothic. Seems like a fun time ahead. The first few pages reveal a sickly heir, an arranged marriage and then... death by squashing with a giant helmet. Juicy fare, right? I settle in for the night. We have more supernatural sightings, star-crossed lovers, an evil lord. The only problem is, Walpole somehow managed to make all of this great stuff so. very. tedious. So tedious. Not just because it was old-- I can get down with some 18th century lit when the occasion calls for it-- but because it was poorly plotted, slowly paced and the characters were just flat. Read it if you have to-- it's great to see the birth of these themes that emerge in other gothic novels-- but don't expect any particular thrills, chills or enjoyment.
Read more
10 people found this helpful
Go to Amazon.com to see all 187 reviews 3.6 out of 5 stars
Get FREE delivery with Amazon Prime
Prime members enjoy FREE Delivery and exclusive access to movies, TV shows, music, Kindle e-books, Twitch Prime, and more.
> Get Started
Back to top
Get to Know Us
Make Money with Us
Let Us Help You
And don't forget:
© 1996-2020, Amazon.com, Inc. or its affiliates