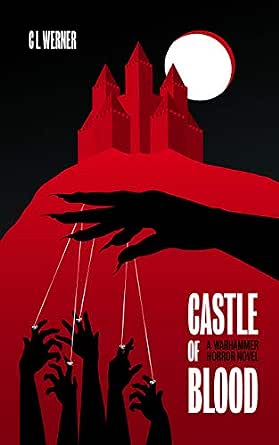 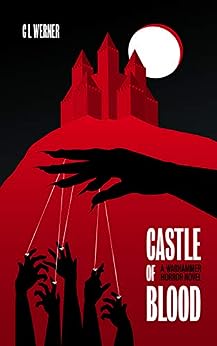 Seven families arrive at an ancient castle, expecting a grand feast – but each guest brings the weight of their own expectations as well, not to mention hidden agendas and a thirst for revenge that will push them into darkness as evil approaches.

Experience a Warhammer Horror take on a classic set-up – people gathering for a meal, each of them carrying their own secrets. It's sure to terrify and delight you in equal measure.

Guests are arriving at the ancient castle of Mhurghast, summoned by the reclusive Count von Koeterberg. They expect a grand feast, and something more... The ambitious Baron expects to inherit the Count's wealth; the wife of a broken swordsmith hopes to revisit happier times; the fallen priest prays for a chance of recovering his faith. Seven families, each with their own dark secrets. Each with their own hidden agenda. Each marked for revenge. Doomed to discover the depths of horror and despair, it is not a night of revelry that awaits them, but a night of unprecedented terror. Son will turn against father and daughter against mother, as daemonic evil descends upon Mhurghast.

C L Werner’s Black Library credits include the Age of Sigmar novels Overlords of the Iron Dragon, The Tainted Heart and Beastgrave, the novella ‘Scion of the Storm’ in Hammers of Sigmar, the Warhammer novels Deathblade, Mathias Thulmann: Witch Hunter, Runefang and Brunner the Bounty Hunter, the Thanquol and Boneripper series and Time of Legends: The Black Plague series. For Warhammer 40,000 he has written the Space Marine Battles novel The Siege of Castellax. Currently living in the American south-west, he continues to write stories of mayhem and madness set in the Warhammer worlds.
click to open popover

James James
5.0 out of 5 stars Pure Evil - haven't been moved by a story like this in a long time.
15 November 2019 - Published on Amazon.com
This book is terrifying. The opening is ominous and by the time things start to really go down (it doesn't take long) you'll sh*t yourself. You're heart rate will be up. I won't give anything away but this is among CL Werner's finest work. The man is consistent. The evil within these pages may be the worst possible. You'll see why!
Take it from a casual reader that doesn't spend much time in the Warhammer universe, this one is what horror fan's have been waiting for and you don't need any previous Warhammer experience to get into it.
Read more
6 people found this helpful

Gavin Beck
2.0 out of 5 stars Predictable most of the time
24 January 2020 - Published on Amazon.com
I have read a lot of warhammer books and I truly did not enjoy this one. I kept reading thinking "it's got to get better" and while it did some, it still fell short as did the predictable ending. Also, many non-horror 40k books are scarier than this one.
Read more

VaeVictis99
5.0 out of 5 stars Great Story
26 December 2019 - Published on Amazon.com
This is a great story with a unique setup and plot. Everything from start to finish was set up well and was worth the cost.
Read more
Go to Amazon.com to see all 3 reviews 3.9 out of 5 stars
Get FREE delivery with Amazon Prime
Prime members enjoy FREE Delivery and exclusive access to movies, TV shows, music, Kindle e-books, Twitch Prime, and more.
> Get Started
Back to top
Get to Know Us
Make Money with Us
Let Us Help You
And don't forget:
© 1996-2020, Amazon.com, Inc. or its affiliates