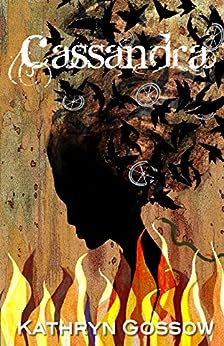 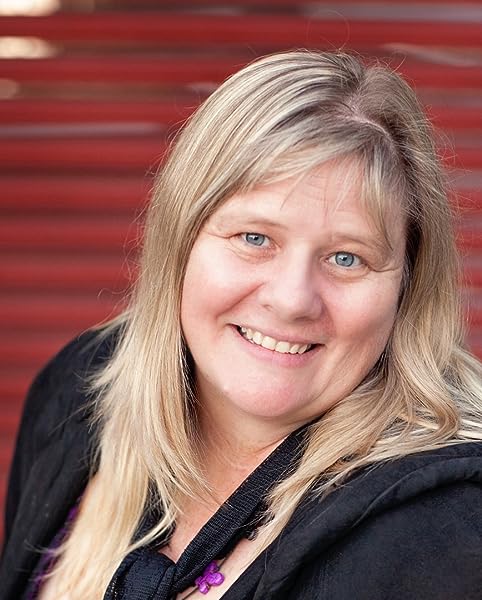 Kathryn Gossow is a writer and sometimes gardener living in a two acre garden in a pocket of the Brisbane River. When she is writing, her garden is a mess. When she is gardening, she forgets to write. It seems she cannot have both. She writes for that elusive feeling when she gets into the zone and there is nothing else in the world but her and the words that tumble onto the page. Kathryn has been nominated for a Pushcart Prize, won a commendation in the Australian Horror Writers' Association Flash Fiction Competition and has a number of published stories out in the world. --This text refers to the paperback edition.

This book was shortlisted for the Best Fantasy Novel 2017 in the Australian Aurealis Awards.

Early on in this book, author Kathryn Gossow had instilled into me as a reader a sense of 'foreboding'. But like Cassie trying to clarify her visions, I struggled to discern what the feeling of impending doom was about? Would it concern Paulo, or Athena, or a secret in the family, or Cassie herself? The possibilities thicken and darken and thunder down on Cassie's life like the ominous horse in her nightmares.

Cassandra: A princess of Troy and priestess of Apollo. She was cursed to utter true prophecies but to never be believed.' (Wiki)

Cassie seems like an ordinary girl who gets bitten by a snake on a farm in Queensland. Her little brother predicts a drought, she grows to be a grumpy teenager troubled by visions, she scowls at her mother in the ordinary teenage way, she worries about her great-aunt and her Poppy .. Wait a minute. Bitten by a snake? Visions? Her brother foretells a drought?

'The Snake: Some versions of the legend have Cassandra falling asleep in a temple, where the snakes licked her ears so that she could hear the future. According some versions, Cassandra had a brother Helenus. Like her, Helenus was always correct whenever he had made his predictions, but he was believed.' (Wiki)

She clumsily attempts to fit in with the cool kids, she experiments with alcohol and dope, her visions worsen. She tries to make one true friend, Athena, who introduces her to the Tarot. ('Her thoughts swirl with colour and the patterns and the meanings of the cards'. P. 77). She is keen on a boy named Paulo .. Wait, wait. Athena? And 'Paulo' .. or 'Apollo'? Didn't Apollo's priestesses use hallucinogens to enhance their visions?

'Apollo: Many versions of the myth relate that Cassandra incurred the god Apollo's wrath by refusing him, after promising herself to him in exchange for the power of prophecy.' (Wiki).

What if you could foresee people's futures, for instance, that one kid on the school bus will die of bowel cancer, another will briefly shine on the stage but never become famous? A wonderful ability, yes? What if you fill with dread but you cannot make out why. Your visions swirl without a clear meaning. The Thing happens. If you had warned people, and if they had believed you, surely you could have diverted the accident or illness or mistake from happening. Is this a 'super-power' or a curse?

This can be read as a 'coming of age' novel in that it concerns teenage insecurities and self-doubts, the cruel cut and thrust of cliques and friendships, and the tensions within families. But I think you will also soon be reading it, as I did, mindful of the big questions about fate and destiny, and mulling over the extent to which every one of one's own decisions cuts away previous possibilities and opens up lines of new ones.
Read more
Helpful
Report abuse

Clara Redman
4.0 out of 5 stars Wonderful characters
Reviewed in Australia on 29 October 2018
Verified Purchase
This book is an addictive read - once you start, you really have to keep going. Cassie and her future-seeing make for fascinating reading. I found the child and then teenage perspective totally credible, and in fcat it reminded me of my own early years when adults were very annoying and unpredicatble, and the last person you would turn to.
Cassie is fortunate in having her grandfather and great aunt living with her and her family on the farm, because the generation gap allows for more real communication.
Her new and unusual neighbour Athena is a wonderful character, and I would like to know more about her - where she came from, where she went to - and am still wondering at the end of the book. Cassie, her brother Alex, and Athena steal the show for me. Characters I love. Yes, tears were shed ... but you need to read it to find out why!
*spoiler-ish*
I was disappointed in Cassie's mum and her eventual decisions, but I won't go right into that. See what you think. Cassie's perspective on that is completely convincing and made my heart ache for her - but that happened quite a bit in this book.
A page-turning, moving exploration of potential, imagination, and how to deal with everything real life threows at you.
Read more
Helpful
Report abuse

Shell
5.0 out of 5 stars An intriguing and enthralling story
Reviewed in Australia on 25 June 2017
Verified Purchase
This book was amazing. I was immediately drawn in to Cassie's world, the vivid imagery and breadth of detail allowing me to see and feel as she did. It was like I was watching it all unfold right in front of me. Not only does Cassie have to cope with all the usual stresses involved in being a teenager, she has obscure visions and dreams of the future. I was particularly enthralled by the way the visions were described, seeing their immediate effect on Cassie, and how they were regarded by those around her. Unlike her brother's perfect ability to predict weather changes, her visions are difficult to interpret and slippery to pin down. Betrayal and tragedy strike, pushing Cassie to her utmost limits, and it is up to her to seize back control of her destiny.
I highly recommend this book to anyone who is or ever has been a teenager. They will not be disappointed.
Read more
Helpful
Report abuse

Imogen C Cassidy
5.0 out of 5 stars Poignant and Atmospheric
Reviewed in Australia on 19 January 2019
Verified Purchase
There is something so quintessentially Australian about this novel. It was an all senses experience - transporting me back to my own childhood. Beautiful.
Read more
Helpful
Report abuse

Carolyn
5.0 out of 5 stars Beautiful imagery
Reviewed in Australia on 1 May 2017
Verified Purchase
Cassandra is an immaculately written coming of age story. Gritty, disturbing and scarily relateable. The author's attention to detail sets a vivid atmosphere for this moving story.
Read more
Helpful
Report abuse

Cassie Long
5.0 out of 5 stars Beautifully written and gripping
Reviewed in Australia on 26 February 2017
Verified Purchase
I enjoyed this wonderful book so much I've just bought a copy for my (very fussy) sister for her Birthday.
Read more
Helpful
Report abuse
See all reviews

Felicity Banks
5.0 out of 5 stars A waking dream
Reviewed in the United States on 30 August 2017
Verified Purchase
This book has such a dreamlike sense to it that it's truly enthralling. It makes you wonder about fate and Destiny.
Read more
Report abuse
See all reviews
Back to top
Get to Know Us
Make Money with Us
Let Us Help You
And don't forget:
© 1996-2021, Amazon.com, Inc. or its affiliates