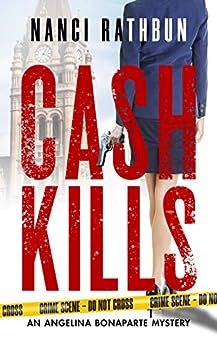 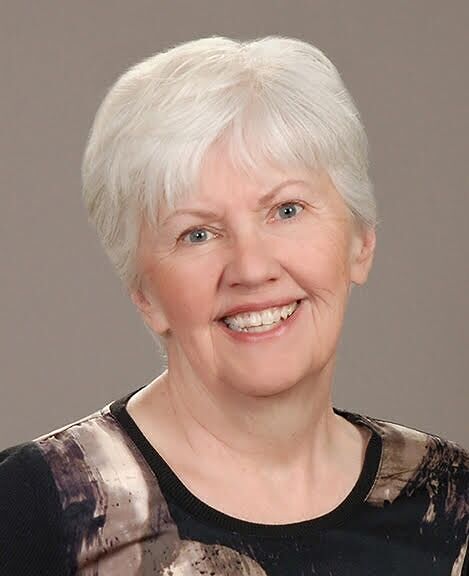 Nanci Rathbun is a lifelong reader of mysteries - historical, contemporary, futuristic, paranormal, hard-boiled, cozy ... you can find them all on her bookshelves. She brings logic and planning to her writing from a background as an IT project manager, and attention to characters and dialog from her second career as a Congregationalist minister. Nanci grew up an Army brat, living in Germany, France and Korea, as well as several states in the U.S. After her dad retired from the service, the family settled in Milwaukee, Wisconsin. There, Nanci raised her daughter and son, while working at AT&T. She never expected to move, but when her second grandchild was on the way, she wanted to be closer. One of her greatest joys is hearing her three granddaughters shout 'Nana' when she comes in their front door in Fort Collins, Colorado. Nanci's Maltipoo, Teeny, and she now live in Wellington, Colorado. No matter where she makes her home, she will always be a Packers fan. Visit her web page: https: //nancirathbun.com She loves to hear from readers. Contact her at: Facebook: Author Nanci Rathbun Email: contact@nancirathbun.com --This text refers to the paperback edition.

"The last female P.I. who drew me in like this was Sue Grafton's Kinsey Millhone. I can only hope Nanci Rathbun and her Angelina will be entertaining us for as long as Sue and Kinsey have. Terrific series." -- Sandra Balzo, author of the Maggy Thorsen Mysteries

"To find justice in the midst of lies and cover-ups, Angie must face her own fear of trusting another. Readers will relate to her humor, vulnerability and dedication to the truth." - IBPA Benjamin Franklin Silver Honoree for digital ebook excellence - September 2014

"Angelina may be in over her head in many ways; but the reader won't be ... interrelationships and their logic are deftly portrayed, and Cash Kills follows a time-tested (and successful) path in the mystery genre by creating a spunky protagonist who steps up to the plate to take charge. It's a solid mystery with enough political and psychological depth to keep readers involved to the end." -- Midwest Book Review, September 2014

PI Angelina Bonaparte "reminded me at times of Parker's Spenser in her detecting, her sense of humor, and her flamboyant sartorial style. ... Cash Kills is a first-rate mystery that combines police procedural with private detection and it features a compelling lead character and a marvelous cast. It's entertaining, fast-paced and suspenseful, and is highly recommended." -- Reviewed By Jack Magnus for Readers' Favorite

4.4 out of 5 stars
4.4 out of 5
260 global ratings
How are ratings calculated?
To calculate the overall star rating and percentage breakdown by star, we don’t use a simple average. Instead, our system considers things like how recent a review is and if the reviewer bought the item on Amazon. It also analyses reviews to verify trustworthiness.

Kindle Customer
5.0 out of 5 stars I think I just found my new favourite P.I
Reviewed in Australia on 1 December 2020
Verified Purchase
I love Angelina Bonaparte. She is a gem, a sharp, feisty and very classy gem. Sorry Dana, Sue, Janet and Toby; Nancy has just pipped you to the post.
Read more
Helpful
Report abuse

joy m johnson
5.0 out of 5 stars A new author for me.
Reviewed in Australia on 9 March 2020
Verified Purchase
I enjoyed this story. And will seek out the author's other books.
Read more
Helpful
Report abuse
See all reviews

Brambleamble
3.0 out of 5 stars Was it a romance or a mystery / thriller?
Reviewed in the United Kingdom on 30 August 2018
Verified Purchase
Often Romance is mixed in with mystery/thrillers. This book cannot make up its mind which type of book it is. The Mystery/Thriller part is made up of an excellent background story, which had it been the total would have been worth a four or five star review. A young lady of ex Yugoslavian descent parents' have been killed in the ubiquitous "botched robbery". Having lived a life of extreme frugality she is shocked to find she has been left a staggeringly large fortune. She comes to our heroine to investigate the origins of her new found wealth as she does not want it if it is tainted. And boy is it tainted ! One or two things do not make sense, not the least of which is why was she left the entire fortune and not just the little bit in an account for her.
What completely spoilt it for me was the long winded romance with the heroine's new man. As a 70+ (grumpy ?) old man I am not drawn to over sexed 52 year old grandmothers. I am certainly not interested in the minute details of what she wears in the lingerie department, almost every day, nor am I drawn to details of her sexual encounters every night it would seem. This romance continues in bland detail for long after the baddy is discovered and charged and all the danger is over. I skip read this long passage and it negated almost all the good story that had gone before
Read more
3 people found this helpful
Report abuse

Jason
5.0 out of 5 stars Great
Reviewed in the United Kingdom on 22 March 2020
Verified Purchase
I really enjoyed this book , first time reading this author great characters great settings. If you like a bit of mystery,history, romance and witty one liners you’ll love Angelina and co. Looking forward to reading more of her adventures.
Read more
Report abuse

BOSSY BOOTS
5.0 out of 5 stars A really good read
Reviewed in the United Kingdom on 18 March 2020
Verified Purchase
Excellent book could not put it down unusual story line the Bosnian conflict was a terrible time for that lovely country having visited and toured Bosnia pre their terrible war I really got into the story line congratulations on a really good read
Read more
Report abuse

sheila bridge
5.0 out of 5 stars Cash kills
Reviewed in the United Kingdom on 16 March 2020
Verified Purchase
I absolutely loved reading this book it was a great read,loved all the characters the story line was very good,I'd definitely read more of this author looking forward to the next one
Read more
Report abuse

Miss Clarke
4.0 out of 5 stars Okay
Reviewed in the United Kingdom on 23 October 2020
Verified Purchase
The storyline was good but for me there was too much eating and clothes talk, both of which slowed the pace and made it drag.
Read more
Report abuse
See all reviews
Back to top
Get to Know Us
Make Money with Us
Let Us Help You
And don't forget:
© 1996-2021, Amazon.com, Inc. or its affiliates