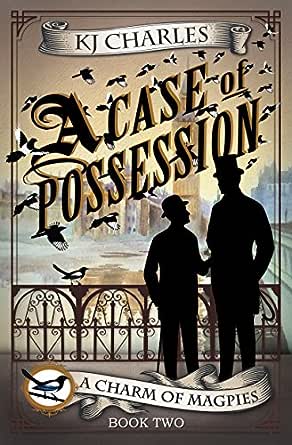 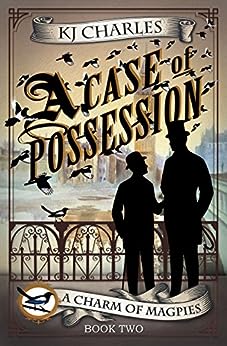 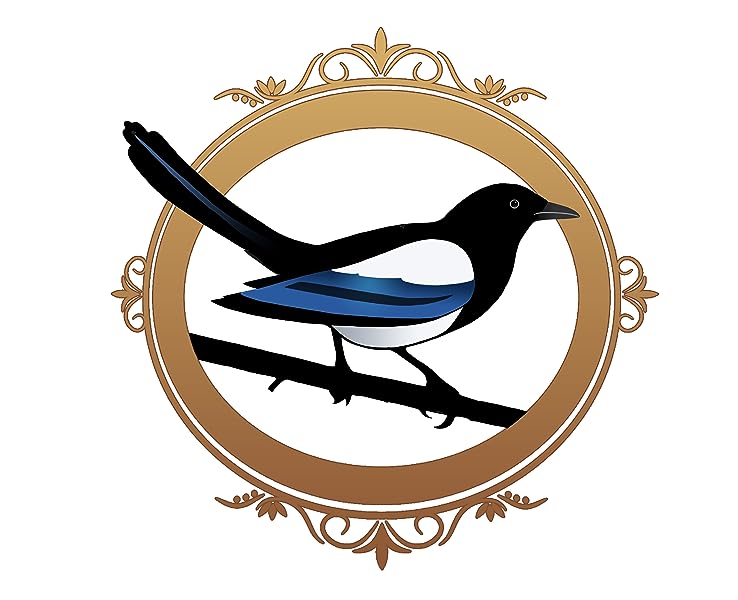 Magic in the blood. Danger in the streets.

Lord Crane has never had a lover quite as elusive as Stephen Day. He knows Stephen’s job as justiciar requires secrecy, but the magician is doing his disappearing act more than seems reasonable—especially since Crane will soon return to his home in China. When a blackmailer threatens to expose their illicit relationship, there's only one thing stopping Crane from leaving the country he loathes: Stephen.

Stephen has problems of his own. As he investigates a plague of giant rats sweeping London, his sudden increase in power, boosted by his blood-and-sex bond with Crane, is rousing suspicion that he’s turned warlock. With all eyes on him, the threat of exposure grows. Stephen could lose his friends, his job and his liberty over his relationship with Crane. He’s not sure if he can take that risk much longer. Crane isn’t sure if he can ask him to.

The rats are closing in, and something has to give…

KJ Charles is a writer and editor. She lives in London with her husband, two kids, a garden with quite enough prickly things, and a cat with murder management issues. Find her at www.kjcharleswriter.com for book info and blogging, on Twitter @kj_charles for daily timewasting and the odd rant, or in her Facebook group, KJ Charles Chat, for sneak peeks and special extras.

Kindle Customer
5.0 out of 5 stars Possibly my favourite in the series
14 April 2019
Format: Kindle EditionVerified Purchase
Giant rats from the tropics, a gorgeous established couple still working their issues out and a bit of hotness, what's not to love.
Read more
Helpful
Comment Report abuse

Kerry W. Todd
5.0 out of 5 stars Five Stars
19 April 2017
Format: Kindle EditionVerified Purchase
I loved it. Truely held my attention so much that I had to keep reading to find the outcome.
Read more
Helpful
Comment Report abuse
See all 3 customer reviews
Write a customer review

Maureen
5.0 out of 5 stars A Case of Possession
22 March 2019 - Published on Amazon.com
Format: Kindle EditionVerified Purchase
A Case of Possession is the second book in KJ Charles’ A Charm of Magpies series of Victorian-era m/m paranormal romance novels. Charles has become one of my favorite authors, and I’m pretty sure I started this book almost immediately after reading the first book in the series.

The story picks up almost immediately after the events of The Magpie Lord. Having dealt with the threat on Crane’s life, Stephen and Crane return to London. But, as they say, there is no rest for the wicked. Stephen returns to work as a magical police officer, and Crane…. Crane drifts around a little aimlessly. He’s still not happy with the title he’s inherited, and he wants nothing more than to return to China. But now there’s Stephen to consider.

There isn’t much time for consideration because someone is unleashing a plague of rats upon innocent people. Any city is full of rats, but it’s clear that these are no ordinary rats; they’re being controlled by someone seeking vengeance- but clues are scarce, and once again, Stephen and Crane find themselves facing an unknown threat.

A Case of Possession takes the dynamic established in the first book and expands that knowledge. But what will the reluctant lord and magical officer do with their newfound relationship when taken out of their vacuum and placed in stiflingly proper London?

I would recommend A Case of Possession. Readers need to start with The Magpie Lord so that they can fully appreciate the story arc. There’s a nice balance of sorting out the relationship and dealing with the rat mystery. Overall, the tone of the book is fairly light, and the banter is top-notch. Crane’s valet/henchman Merrick steals every scene he appears in, and I would absolutely read a spinoff featuring just Merrick.

Charly T. Anchor
5.0 out of 5 stars Another strong book from KJ Charles
25 November 2019 - Published on Amazon.com
Format: Kindle EditionVerified Purchase
Warning: This review might contain what some people consider SPOILERS.

PROS:
- This installment does a good job of showing how strongly Crane feels for Stephen, especially at the beginning when Stephen is inexplicably absent from the story. I particularly appreciated this because I remember (vaguely) feeling that the relationship was a bit lopsided in Stephen’s direction in the first book.
- The plot is just as intriguing as the previous one. It manages to build upon the story and character development from the first Magpies volume without seeming like a rehash of the same material.
- I love Crane’s relationship with his manservant Merrick. They’re completely unfiltered and unrestrained with each other. I especially like that Merrick is able to be so brutally honest with Crane. And there’s a fun short story at the end of the book (the last 17 percent of the electronic version) that develops Crane’s friendship with Merrick even more.

CONS:
- This is one of those stories told in third-person limited POV which is perfectly well written but which, nevertheless, I can’t help wishing showed some scenes from the other main character’s perspective.
- Charles is one of the better authors in this genre, so I expect her writing to be perfectly clean for some reason (probably unfairly). But this story has a fair number of punctuation errors in it, particularly comma errors.

Overall comments: I liked the first volume of this series, but it’s been years since I read it—long enough that I remembered only the vaguest of details. I think reading the first one would enhance your enjoyment of this one, but it’s clearly not *that* necessary, because it was almost like I hadn’t read Volume 1 before I launched into this one, and I still enjoyed this installment very much.
Read more
One person found this helpful

Katie * The Back Porch Reader
5.0 out of 5 stars Keeps getting better...
20 January 2016 - Published on Amazon.com
Verified Purchase
*Originally reviewed on BackPorchReader[dot]com 1/19/2016. Visit for more reviews and recommendations!*

Lordy be, this just keeps getting better. There's action, suspense, nearly permanent euw-face in the last 30%, laugh-out-loud hilariosity throughout, cutting curses so imaginative I'm making a crib-sheet to store in my wallet for future situations as they arise.

The writing is still...more...dependably and increasingly smart and witty. Action scenes had me bobbing, weaving, and cringing as the heroes fought for survival against *<em>full-body shiver</em>* ENORMOUS FREAKING RATS BY THE HUNDREDS.

We're introduced to the rest of Stephen's team of paranormal justiciars and they are a scream! I wanted more of them.

We also meet a few of the folks Lord Crane kept company with back in China. They're characters alright.

Merrick...I just adore the manservant/henchman to pieces, and I'd love a story about him.

This past weekend was supposed to be full of productive *things*. I had a to-do list and places to go. Not a single item got ticked off the list. Nary. Nada. I had my ass planted on the back porch, in the cold, while it rained, while big fat snowflakes fell, and I read (under a pile of blankets)...read every bit of the A Charm of Magpies books, including the in-between short stories.

Amongst all that I had to go on a mini research jaunt à la Google to learn about Eurasian magpies. They're HUGE. And beautiful. And considered one of the most intelligent of all animals in the world. Did you know? I didn't know. I got sucked into that vortex which led me to English, Irish, and Scottish superstitions about magpies juxtaposed with Chinese and Korean superstitions about magpies. Fascinating.

And now I want a pair of pet magpies. Not one...<em>never</em> just one.
Read more
3 people found this helpful
Go to Amazon.com to see all 142 reviews 4.7 out of 5 stars
Get FREE delivery with Amazon Prime
Prime members enjoy FREE Delivery and exclusive access to movies, TV shows, music, Kindle e-books, Twitch Prime, and more.
> Get Started
Back to top
Get to Know Us
Make Money with Us
Let Us Help You
And don't forget:
© 1996-2020, Amazon.com, Inc. or its affiliates