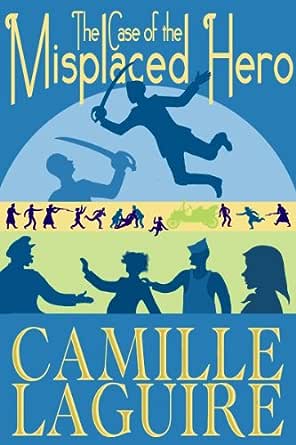 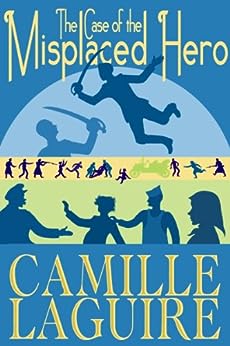 The Case of the Misplaced Hero Kindle Edition

Ann F.
5.0 out of 5 stars Swashbuckling fun
Reviewed in the United States on 9 March 2018
Verified Purchase
Alex's aunt raised him to think that Zorro and magic are real, at least in their own way. Before she disappears, she gives him a ring and tells him to wear it and jump in the lake. As a college student, he does exactly that, along with a drink philosophy professor. They emerge in a vaguely Slavic land, amid conspiracies, plots, and all kinds of complications.

The book was written as a serial on a blog and evokes old-time serial adventures, along with sword fights and daring feats. Some serious themes lurk in the background, but as undertones. For example, a villainous army officer leans over a female captive and twirls his moustache, but nothing else happens.

No overt sex or explicit language, some cinematic violence.
Read more
Report abuse
See all reviews
Get FREE delivery with Amazon Prime
Prime members enjoy FREE Delivery and exclusive access to movies, TV shows, music, Kindle e-books, Twitch Prime, and more.
> Get Started
Back to top
Get to Know Us
Make Money with Us
Let Us Help You
And don't forget:
© 1996-2020, Amazon.com, Inc. or its affiliates