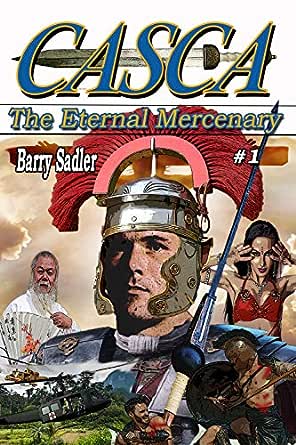 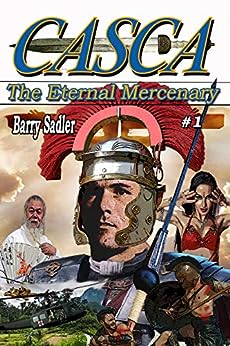 4.4 out of 5 stars
4.4 out of 5
129 global ratings
How are ratings calculated?
To calculate the overall star rating and percentage breakdown by star, we don’t use a simple average. Instead, our system considers things like how recent a review is and if the reviewer bought the item on Amazon. It also analyses reviews to verify trustworthiness.

Amazon Customer
4.0 out of 5 stars Four Stars
Reviewed in Australia on 4 November 2015
Verified Purchase
Fascinating read. Could not put it down. Now reading the second book of the series.highly reccommend.
Read more
One person found this helpful
Helpful
Report abuse

Jeffrey Swystun
TOP 500 REVIEWER
5.0 out of 5 stars A Mercenary for the Centuries
Reviewed in Australia on 17 June 2014
The author of this series is Barry Sadler, the Green Beret Staff Sergeant combat medic who served in the Vietnam War. Sadler's number-one smash, "The Ballad of the Green Berets", was one of the few songs of the 1960's to cast the US military in a positive light. He went on to author military thrillers including Phu Nham, Razor, Rescue and Cry Havoc. Sadler's later years were controversial. He was convicted of killing a man over a woman with a gunshot to the head. Sadler, too, died from a head shot eleven years later under mysterious circumstances. Some claim it took place during a robbery while others say he was training Contra rebels.

In this first book we meet Casca Rufio Longinus who is the Roman soldier that stabbed Christ during the crucifixion. From the cross, Christ curses Casca to remain a soldier until the Second Coming with these words, "Soldier, you are content with what you are. Then that you shall reman until we meet again." The book begins with Casca recovering in a US military hospital in Vietnam. The doctors who treat him marvel at the number of wounds he has suffered and even remove an ancient arrow head from Casca's leg.

The modern period is a tease as the majority of the action takes place in Judea. It provides the backstory and is very well done. We meet Pontius Pilate, Herrod, Christ and learn that Casca earns extra money as a Legionnaire by working at local wine shops as a bouncer. Casca ends up in hot water following the crucifixion and what happens next sets up the second book in the series. I look forward to following the adventures of a mercenary who has plied his trade for centuries.
Read more
One person found this helpful
Helpful
Report abuse
See all reviews

robert tiney
5.0 out of 5 stars Five Stars
Reviewed in the United Kingdom on 7 February 2017
Verified Purchase
One of my favourite books, apart from the cover on this edition!
Read more
Report abuse

Cheryl's Book Nook
5.0 out of 5 stars Five Stars
Reviewed in the United Kingdom on 5 November 2017
Verified Purchase
My costumer was very happy with the book. after it got here. Thanks, Cheryl
Read more
Report abuse

Stephen F. Scruby
5.0 out of 5 stars A fine, even thought-provoking, adventure
Reviewed in the United States on 10 November 2017
Verified Purchase
The series opener shows off Sadler's dual rhetorical gifts for both colloquial high, stylized speech. His enthusiasm for the history of Antiquity shows through strongly. His meticulous attention to historical detail is buttressed by the obvious breadth and depth of his knowledge of the subject -- which he seamlessly weaves into this fast-paced tale. Even the bits of the story which discuss modern times bespeak of Sadler's knowledge of military matters. Specific descriptions of weaponry used by the Viet Cong, for instance (including the accurate detail that their mortars were firing Soviet-made munitions), help immerse the reader into a realistic and accurate depiction of military reality. Within the story, Sadler alternates expertly between bits of genuinely amusing humor and equally genuine instances of heart-wrenching tragedy. As a final note, the aspects of the tale concerning the character of Jesus of Nazareth struck me as the most unique of the whole work. Without giving too much away, I will say that Sadler finds in Christ an interesting -- even terrifying -- antagonist, an unassailable foe which not even Casca, the mighty soldier eternal, cannot conquer. A fantastic read which I finished in a matter of a few hours. Top recommendations that go double for fans of historical and military fiction.
Read more
7 people found this helpful
Report abuse

pioneers79tkd
3.0 out of 5 stars Needs an editor
Reviewed in the United States on 17 January 2020
Verified Purchase
This is a tremendously intriguing concept that is hurt by a rather clunky writing style and terrible editing. In my e-book version, not only is sentence structure sometimes found wanting, but punctuation mistakes and other errors abound. The author could also have spent a little more time exploring Casca's inner torment, as he comes to understand that he cannot die, no matter what happens to him. We get touches of this, as Casca wonders what would happen to him if he were buried alive, if he were thrown down into the ocean, and even if he were to attempt suicide. But the author could've gone more into this, rather than just show Casca wandering endlessly from place to place, more or less accepting his fate and making the most of it by always being the toughest and studliest guy alive. Having said all this, I'm going to try the 2nd book of the series, and it will be interesting to see if Sadler's writing style improves (not to mention the editing) and how subsequent authors handle the character.
Read more
Report abuse
See all reviews
Back to top
Get to Know Us
Make Money with Us
Let Us Help You
And don't forget:
© 1996-2021, Amazon.com, Inc. or its affiliates