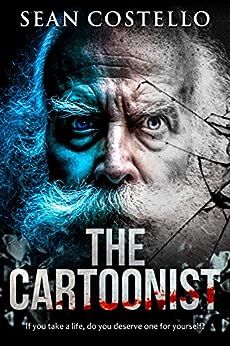 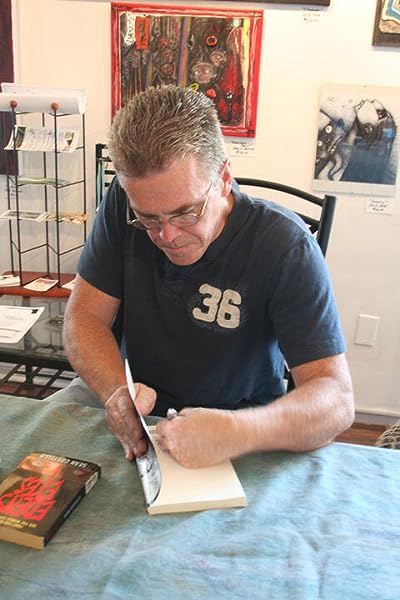 by Sean Costello (Author) Format: Kindle Edition
See all formats and editions
Sorry, there was a problem loading this page. Try again.
Imagine this: You and two of your best friends have just been accepted into medical school, a coveted payoff after years of hard work and self-sacrifice. So you go on a road trip together, have a few drinks, a final fling before the long academic haul ahead. Young and bright, you feel the future surge beneath you like a sleek stallion, under your full control.
But a series of small lapses ends in tragedy and suddenly you're confronted with a terrible decision: Do you take responsibility for what you've done and risk losing everything? Or flee into the night unseen, with only God and conscience as your jury?
Sixteen years ago, Scott Bowman faced this decision . . .
Now a successful psychiatrist with a loving family, Scott endures a judgement more terrible than any god or man could conceive. An ancient, derelict appears in his practice, an apparently senile old man with a remarkable artistic talent. Otherwise disconnected from the world around him, this strange little man quickly demonstrates an ability to foretell events through his drawings.
But before long Scott has to wonder: is this eldritch prophet predicting events? Or shaping them?

"In THE CARTOONIST, Sean Costello creates a fast-moving read that mounts in tension while mixing horror with psychological anguish."
—J. B. Macabre

"Sean Costello's The Cartoonist is a wonderful blend of horror, psychology, and the power of suggestion that leaves you guessing right up to the very end!"
—The New Jersey Grapevine

Sean Costello is the author of nine novels and numerous screenplays. His novel Here After has been optioned to film by David Hackl, director of Saw V. Depending on the whims of his muse, Costello's novels alternate between two distinct genres: Horror and Thriller. His horror novels have drawn comparisons to the works of Stephen King, and his thrillers to those of Elmore Leonard. In the real world he's an anesthesiologist, but, if asked, he'd tell you he'd much rather be writing.

Charlie
4.0 out of 5 stars Genuine page Turner!
Reviewed in the United Kingdom on 8 June 2021
Verified Purchase
Loved this book! Very interesting story and characters. This is a genuine page Turner, I could not put it down. Great author.
Read more
Report abuse

Amazon Customer
5.0 out of 5 stars like I do
Reviewed in Canada on 17 December 2015
Verified Purchase
Read this book years ago and just purchased it on here. I couldn't put the book down, Might be abit hard to get past first chapters if you have kids, like I do, but once past that, the book gets puts tingles on your spine, which makes it a real page turner, going to purchase the rest of his books, can't wait
Read more
Report abuse

Joe Adams
5.0 out of 5 stars Long time no see! Great to have you back!
Reviewed in the United States on 31 December 2021
Verified Purchase
Finding Sean Costello's books re-released in Kindle format was like coming across an old friend I hadn't seen since my school days or hearing an old classic rock song that I hadn't heard played in a long time. It's pure, simple delight.
Sean Costello comes from the golden age of horror paperbacks when everyone wanted to be the next Stephen King. Although never achieving the standing and audience of others like Robert McCammon, John Saul, and Andrew Neiderman, Costello managed to write some of the best short novels of this time period, and I am happy to see him back.
It's hard to rate novels as there are so many factors to consider. Is it great literature? No. Are there deep social and political messages? No. Could I recommend his books as must reads to all my friends. Again, no.
But for fans of horror, his novels are fun to read and the prose is just rich enough to be interesting without being too cumbersome, lighter than a ponderous tome, but better than a beach book. Sometimes when you are going on a trip you want to strap on a backpack and trudge through swamps and thickets to get the experience; at other times you just want to take a pleasure cruise and his books are like that.
If you're looking for something that's an entertaining read that doesn't insult your intelligence, I would recommend you give this author a try.
To paraphrase an old commercial: Bet you can't read just one.
Welcome back.
Read more
Report abuse

Frank Shults
5.0 out of 5 stars Costello is the newer, better Stephen King.
Reviewed in the United States on 23 October 2016
Verified Purchase
Having discovered Sean Costello in his book, "Squall", we looked forward to this book with great eagerness and anticipation. In Squall, my wife and I found Costello to be a new and better version of one of my most favored authors, Stephen King, except that Costello's ability to have the reader suspend disbelief is far better than King's. And his characters are more human, more believable. The situations people find themselves in, while sometimes supernatural, are not as far over the top of normalcy as are King's. This book is extremely well written, with an exciting story line and enough twists in the plot to keep you turning the pages. I am very happy to have found Costello. Its one of the great benefits of Amazon Kindle reading - the discovery of previously unknown golden nuggets! Costello is my new favorite author. We are now reading Dr. Quad and have Finders Keepers on the list to read next.
Read more
2 people found this helpful
Report abuse

William Winikates
5.0 out of 5 stars The Cartoonist is not someone you want drawing a picture for you!
Reviewed in the United States on 4 February 2016
Verified Purchase
Review by Judy Winikates:

I read this book back in 1990 when it was first released and I dug out the old paperback of it last night. Yes, I still have it and only held onto my very favorites from that long ago. I've read well over 1000 books since then and I still remembered this one and so was quite happy to find it to put on my Kindle! This story was brilliant! I loved it then and I love it again. I've just started reading Eden's Eyes and it seems I'm hooked already with that one as well. The Cartoonist is fabulous old school horror. No need for guts and gore to entertain the reader, and Sean Costello really knows how to capture your imagination and keep you turning pages, or tapping your kindle screen (whichever format you're reading) way into the night. There was a part involving a cemetery (no spoilers, don't worry) that stuck in my mind from 1990. If after all those years and all of those books read in between then and now that memory is still as fresh as ever, you know it's a great book from a fantastically talented author. I'm waiting on my free book to arrive, because there is an offer for a free book if you sign up to his newsletter. Pretty good deal!
Read more
2 people found this helpful
Report abuse
See all reviews
Back to top
Get to Know Us
Make Money with Us
Let Us Help You
And don't forget:
© 1996-2022, Amazon.com, Inc. or its affiliates