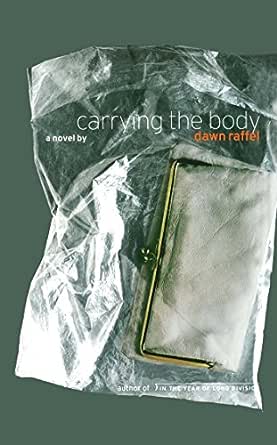 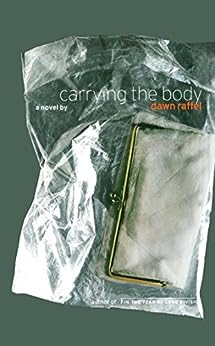 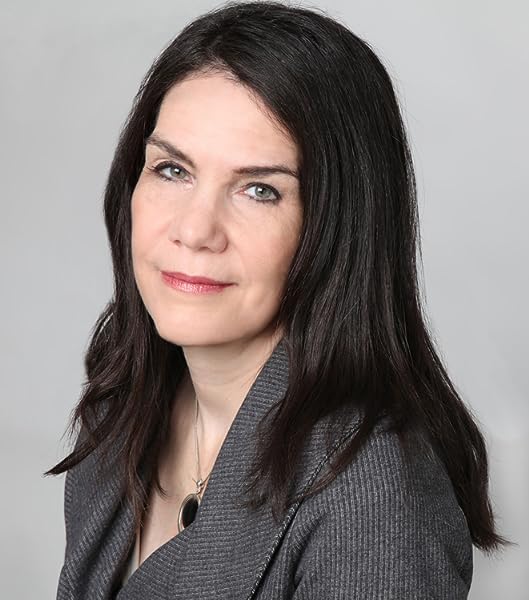 Dawn Raffel is the executive articles editor of O, The Oprah Magazine and the former fiction editor at Redbook. Her work has been published in a variety of periodicals and has been widely anthologized. Her first book, a collection of stories titled In the Year of Long Division, was published to critical acclaim. She lives in Hoboken, New Jersey, with her husband and two sons. --This text refers to the paperback edition.

The child had a rash across the chest, a fearsome swath of color -- infection, the aunt thought, bred of the child. Mold on dough. Blood mold. Why, look at the child, just look at the child! -- dripping, it seemed, the irises fluid -- red in the nose, the cheeks, pale belly as if risen; and there in an indolent fist, a bulbous, sucked-on toy in the likeness of some sort of life-form.

"What, this?" said the mother. "This?" It was only the weather, the mother said, the heat, this rash.

The sight of her, the aunt thought: wan unironed sister in the light. The hand a fleshy visor. Useless. To have traveled like this, with the heat and with the child, in the festering light, no bags but bags, the aunt observed, brown paper gone to pulp, as if juice had leaked or milk had leaked or sodden, fungal diapers; and clothes spilling over the tops of the bags, such clothes you could scarcely imagine, or not quite imagine, slack-hemmed, rayon, secondhand, the aunt supposed, with rounds of stain below the arms, a bra strap dingy as unrinsed teeth. "I have never..." the aunt said. "Never mind."

The platform was empty.

The train had been late.

The child lacked a shirt. "Up," he said. He looked at her: aunt, tall stranger, relation. There he stood with bare, afflicted chest -- arms held out, toy held out, offered to her, beseeching her, and yet, the aunt thought, there was something familial and hard about the brow.

They walked. The child toddled. The tracks were beside them. "James," said the mother, Elise, for the child had come into possession of things -- a pebble, twig, a splinter. "Jim," she said. A berry. "Baby," she called him. Poison? "Drink?" she said, and lifted him (one-armed, muscled, the aunt saw) squalling to a hip. The wonder the toy not lost.

It was in the mother's mouth.

It was in the child's hand.

"There, in there," the mother said.

"What in where?" the aunt said.

The aunt made a motion and soiled herself. The child yelped. The bag the aunt held had no bottom. The child dragged fingers across broken skin.

The mother ("Mama!" "Elise!") with the child ("James," she said, her voice a scratch) and with a bag herself (still holding things) and with, of course, the toy, and with what looked to the aunt to be considerable effort, crouched. "Lord," said the mother. "Lord on high." She had her hair in her face, and her clothes were in the road, and the road rather presently was sifted through her fingers. Earth, a sock, a sock -- not hers, this last, she said -- a sopping wrapper, used. "Don't," she said, "touch that." And turning to the aunt, to her sister, "Juice," she said, as if saying, the aunt thought, "Don't just watch."

The aunt, of course, watched. And more than that, she was thinking: What of her dress, she thought, her scarf, her carefully thought-out ensemble? And what of the ruined bag? It was still in her hands; and still on the tip of her tongue, this: "Elise," she said (she said this much), "stand up, leave it. Think about him. Will you think about him?"

The mother sniffed a garment.

The place was not the aunt's. Suppose, for the sake of discussion, the place was the father's. (Not of the child, no, but of the aunt; the father of the aunt, and of the mother of the child, of course, of Elise.) The place was not kept up. That it was not kept up is not open to question. Try, the aunt thought, try and be of help, try and be of service, try and be a neighborly, a daughterly daughter, and what, the aunt thought, what with whatever, what without thanks, why, one got what? Dirt, the aunt thought, that was what: the cellophane nibbled in the pantry, crumbs, rice, a yeasty smear, the place as if in motion. Oh, such birth! Here the aunt had grown, slow inch upon inch as if awaiting an occasion to rise to; here Elise had grown, turned in on herself. The father's bones rose out of the body. Veins, hairs, moles -- the sickened mass of him! The chair in an unbudgeable condition of recline.

Just who, the aunt said, entering, did she, Elise, suppose it was that she, the aunt, looked like? Had she done her part? Was she the father's mother? "After all," the aunt said.

There was spittle in an ashtray.

Elise crossed the threshold. "Pop," she said. "Yes?" she said, with arms full, always with arms full, exertion in the mouth, in the angle of the jaw, and in the ungroomed frizz about the forehead and nape.

The skin, the aunt thought, was looking worse.

"Girls?" said a voice. It was failing and gruff. "Girls? Girls?"

The aunt dabbed a temple, and gently, with a certain decorum, her chest, the tissue at the bosom pinkly crushed. She tasted salt -- the lips so damaged! (Nothing, the aunt had said, might cross them.) "My," she said.

Feet to the floorboards. "You," said the mother. "Put that down," and to the aunt, who had (rather deftly, the aunt thought) produced dried milk, said, "You are not the mother. No sirree."

The aunt changed clothes in a dank space smelling of mothballs. Collars at attention awaited a neck. Dear, departed woman: Mother of the aunt and of the mother of the child and of her own demise -- swift passage, hers. No tumor-ragged body or bloated cheek, reformed and bypassed heart. She'd left them all: the reptile purses, topcoats of fur, things hoarded and abandoned. Nothing was light, nothing was lightweight, winterweight the whole of it, as if, the aunt thought, there had been no thought of a season such as this, no thought of an eventual spring.

She, the aunt, zipped, was bursting at the seams.

The mother of the child did not change.

The child continued to want for a shirt.

The aunt spoke up, but in such a way so as not to be heard, she thought, and halfway hoped: The child's growth was stunted, the health of the child ignored. "Neglected," she said. "Blatant," she said.

At the foot of the chair was the toy.

The toy had eyes.

The aunt gave the mother of the child a well-worn look.

Exposed, the child covered and uncovered and re-covered his face. He yanked at the mother. "Mama," he said.

"Pop," said the mother, addressing the chair, herself in shabby clothing, the house gauzed in heat, the hoarded effects of the dead: Oh, come to me.

"And," the aunt said, "he, yes, our mutual father asleep in the chair, insensible," the aunt said. "Almost. Do you recognize him?" Discolored, sickly sleeper -- she had taken care, had made herself careworn.

"Pop," said the mother. "Pop," as if she were the child -- which, of course, she was. She had the clothes on her back. No trinket of Mother, nothing of Father. Nothing for sale or show, save him, the boy, disfathered heir, who (needn't she add it?) was bright. Or, at the least, not addled or dim. "I do not want much," she said.

The mother faced men's shoes. "Do you remember?" the mother said, "how Mother would dress us to show us off? The way she used to dress us? -- such fine things." For it was all of it shared: bow, ring, earrings, the freckles on the arms. And then, of course, the petticoats, Elise's often fallen, even with Mother's intervention, at a hem.

The father, in his sleep, was heard to cough. He dreamed of what? The aunt did not dream, not ever, even once, or else did not recall it. Mornings with the taste of the breath in her mouth, her thinning hair wound tight.

"Don't you remember?" the mother said.

The father seemed to fret.

The child coughed up blood. This was in the night, in the dark of the house, in a room that went unused. It was midnight, give or take. The mother arose. The aunt, aroused, could not recall exactly where she was. She could not place herself -- how old was she now and what did she look like?

"There," said the mother.

A racket in the kitchen: a flick of a light, and leggy dispersal -- spiders, rodents, whatnot. The patter of feet.

"The diaper," the aunt said, in spite of herself.

There was no juice.

Tonic in a bottle, the child's voice swelling, the aunt in an inherited nightgown, inheritable robe -- this touched her flesh -- all cuffs and straining belt: "Did you come here for this?" the aunt's voice losing itself in the aunt's marred hand. There was age in the hand: cool, dry, boned, the fingers someone else's. "For this?" she said. "This? What good are you doing?"

The aunt in darkness saw it, or thought, at least, she saw it: The father of the aunt and of the mother of the child opened his eyes and closed his eyes. "Papa," she said, on her way past the chair. She touched her breast. She entered a hallway.

The mother, Elise, holding the child -- James, Jim, Baby, blistering offspring, bottled at last, asleep at last, at last in Mother's arms and presumed to be dreaming: Such rich milk! Oh, wheel of my sleep! -- knelt down by the father's chair. "See?" she said. "Father?"

The body of the father made a noise. His chest rose and shook. It rose and it shook.