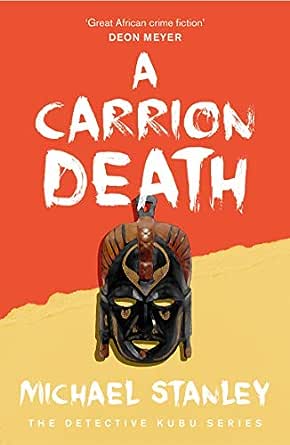 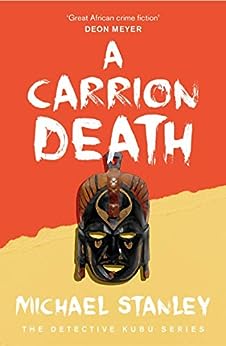 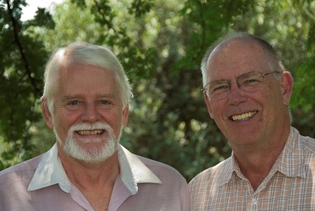 Michael Stanley is the writing team of Johannesburg natives Michael Sears and Stanley Trollip. The pair has had many adventures together, including tracking lions at night and fighting bush fires on the Savuti plains in northern Botswana.
One of "AudioFile" magazine's Golden Voices, Simon Prebble has received over twenty Earphones Awards and five Listen-Up Awards, and he has been a finalist fourteen times for an Audie Award. In 2006, "Publishers Weekly" named him Narrator of the Year, and he was named "Booklist"'s 2010 Voice of Choice. --This text refers to an out of print or unavailable edition of this title.

"Prebble is outstanding; his accents are spot on." ---Library Journal Starred Audio Review --This text refers to an out of print or unavailable edition of this title.
click to open popover

John
4.0 out of 5 stars Thoroughly enjoyed this book
Reviewed in Australia on 27 May 2017
Thoroughly enjoyed this book. It gave a good spread of painting the picture of the area of Africa plus the characters roles became clear as each one was introduced. My one criticism would be that it was a bit too long and would have been just as good without so much elaboration. But if that's my only criticism then it was a really good read. Going again with this author for the second one in the series.
Read more
Helpful
Comment Report abuse
See all reviews from Australia

Organist
5.0 out of 5 stars A brilliant detective novel
Reviewed in the United Kingdom on 15 November 2013
Verified Purchase
Want something different about Botswana? You will find it here. Alexander McCall Smith is quite different. Highly recommended and the others in the series are equally good.
Read more
Helpful
Sending feedback...
Thank you for your feedback.
Sorry, we failed to record your vote. Please try again
Report abuse

Roz
5.0 out of 5 stars Atmospheric
Reviewed in the United Kingdom on 11 June 2014
Verified Purchase
I read this book as I want to go to Botswana and am trying to get a feel for the place.
This book was great for this. I learned a lot. Also a very good read. Plot O K as a detective novel, but characters really good.
Would recommend if you have interest in the area and culture.

James H. Maiewski
2.0 out of 5 stars In a word, pedestrian.
Reviewed in the United States on 29 April 2008
Verified Purchase
I would have given this a lower rating, but as I'm fairly ignorant of African countries and cultures, I found some of this interesting. Given the calibre of this distinctly unmysterious mystery, I can't credit this very much, however, so maybe I'm just being generous.
Read more
One person found this helpful
Helpful
Sending feedback...
Thank you for your feedback.
Sorry, we failed to record your vote. Please try again
Report abuse