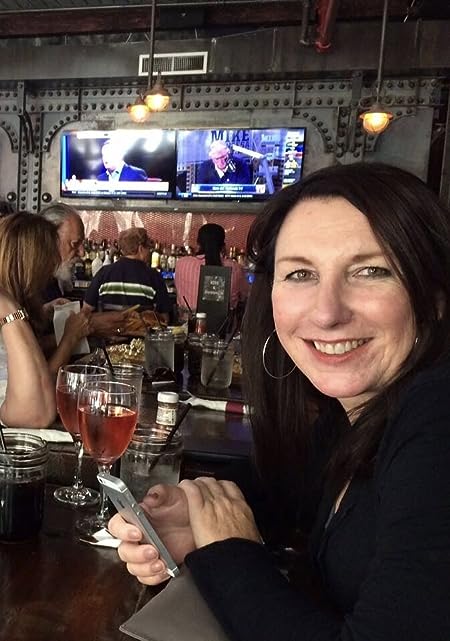 Carol Marinelli was born in England to Scottish parents, then emigrated to Australia, where there are loads of Scottish and English people who did exactly the same thing, so she's very at home there.

There have always been stories dancing in Carol’s head and since the age of eighteen she dabbled with putting them down on paper, but it was a rather sporadic effort at first - slotted in between nursing and family - until finally she decided to take it more seriously...

The biggest thrill in Carol's writing life was typing, for the first time, the words "The End". For so many years there had been chapters and outlines and endless stop-starts, but having a full story, from start to middle to end, gave her a rush she had never expected. It still does to this day. 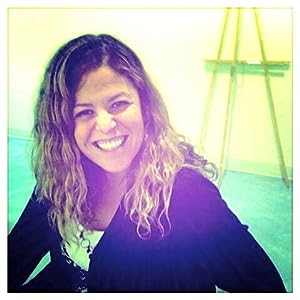 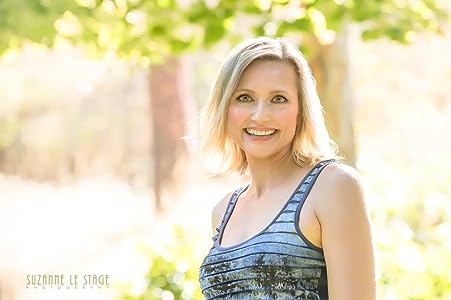 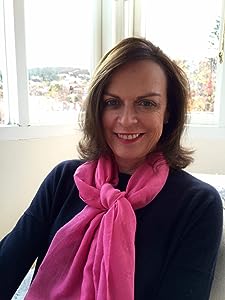 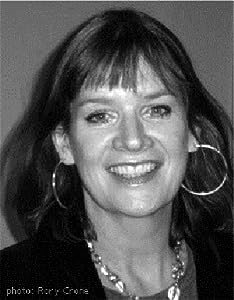 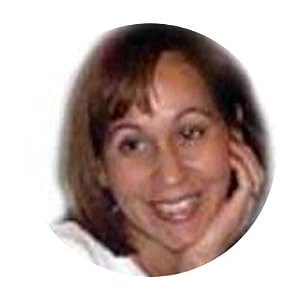 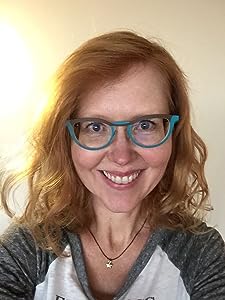 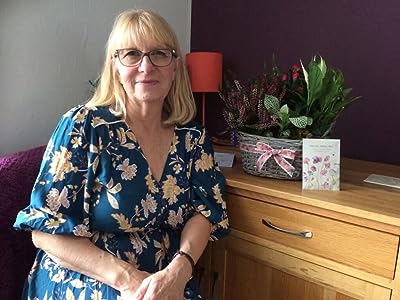 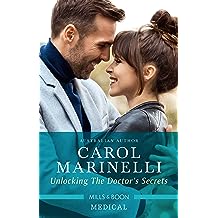 A secret to break them…or make them?

Paramedic Lina Edwards feels instant sparks with deliciously brooding consultant Garth Hughes — only, she’s learned not to trust her instincts. Yet Garth makes her feel seen in a way she’s never been before. The sadness in his eyes shows he has secrets, but when Lina discovers that, shockingly, she’s bound up in his past, she must decide: Is their passionate connection too good to be true, or too good to let go? 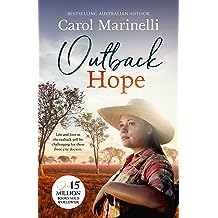 When Shelly Weaver returns to the children’s ward for her first night shift as a single mom, she discovers it’s also Dr Ross Bodey’s first night back. He’s been working in the Outback, but on discovering Shelly’s newly single status he’s returned — for her!

Shelly didn’t know Ross was in love with her — until now. And suddenly Ross is asking her to change her life forever. But Shelly has her son to consider, although he is falling in love with Ross as quickly as Shelly is...

Dr Abby Hampton is the ultimate city doctor, and is absolutely dreading being stuck in a bush hospital for three months — until she steps off the plane! Midwife Kell Bevan is there to greet her and he’s absolutely gorgeous! The sexual chemistry between the pair is ignited. But Abby is determined not to get involved because her life is in the city. But each dramatic medical emergency pushes their proximity and emotions to the breaking point — Kell has fallen in love with Abby and he’s not afraid to admit it! Will Abby take up Kell’s challenge — to stay in the Outback and become his bride?

When a new and very English doctor, Timothy Morgan, strolls into Tennengarrah on a temporary assignment, nurse Clara Watts finds her life running out of control. In the scorching heat of the Outback Clara and Tim are thrown together in life-or-death situations, and find themselves hurtling toward an exciting affair. What will happen when Clara discovers she’s pregnant? 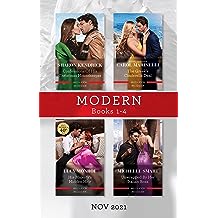 Louise’s billionaire husband Giacomo has it all. Dazzling charisma, enormous wealth, and an ego to match — one of the many reasons they’re now estranged. So, she’s stunned that, after an accident, Giacomo can’t remember their stormy year-long union! To help him regain his memory, Louise agrees to become his temporary housekeeper. Sharing the truths of their marriage will be difficult. Denying their desire? Impossible! As Christmas draws close and she uncovers new depths to Giacomo, dare Louise confess her biggest secret — the explosive feelings she still has for him?

Self-made tycoon Costa Leventis knows exactly what desperation looks like — his bespoke suits mask his troubled childhood. One glimpse of Mary Jones, fending off a business rival, has Costa coming to her rescue with the offer of a lifetime — his hotel chain will hire her, if she attends a party with him. After years fighting her own battles, innocent Mary’s dazed by Costa’s generosity…and their outrageous attraction! She accepts his terms, but when the clock strikes midnight on their deal, Cinderella finds herself unraveling, and in the Greek’s bed…

Prince Konstantin can’t forget Emma Carmichael, who vanished after a wedding contract forced him to end their relationship. A surprise meeting five years later shocks Konstantin: Emma has a son. Unmistakeably his son. Emma wants Konstantin in their son’s life — yet she’s wary. She’d had no choice but to walk away; his family didn’t deemed her worthy of being his princess. But as their reunion stokes the flames of their passion, can she trust that this time their bond is strong enough to prove them all wrong?

Innocent Meredith Ingles is mortified when she knocks her temporary boss off his feet with a Christmas tree! Giovanni Cannavaro’s trusting her to make his opulent train’s maiden voyage a roaring success. But resisting the man himself is a challenge all its own! Working alongside Merry makes Giovanni feel alive. He knows acting on their combustible chemistry could burn them both. Following the loss of his first love, he swore he wouldn’t risk pain like that again. But could Merry be the gift he didn’t know he needed? 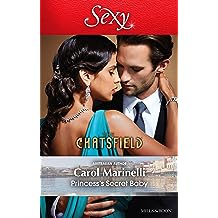 A princess for the playboy.

The Princess of Surhaadi is desperate to escape a life lived in the shadows of her family's past. One misguided night of rebellion later and Leila's world comes crashing down thanks to two little blue lines on the pregnancy test!

When James Chatsfield – world renowned bad–boy and soon–to–be father – hears the shocking news, he knows he needs to act and fast! He'll propose to protect his heir, but will Leila ever believe he sees her as more than just the mother of his child? 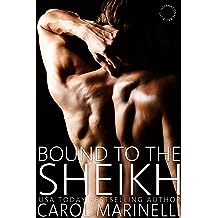 Bound to the Sheikh (International Bad Boys Book 1) 20/05/2015
by Carol Marinelli
( 31 )
$3.99
Sheikh Ashim Al Raquar, Crown Prince of Alzaquan, knows he must return to his country and leave his playboy reputation far behind him. It will be a wild journey home, though—he intends to party on his yacht right to the edge of the desert. And then he meets Emily, a corporate flight attendant who’s in the south of France hoping to find herself after years of taking care of her husband.

A sensual, charismatic lover with a reputed dark edge to his bedroom skills is the very last thing Emily needs.

Or is it the first? 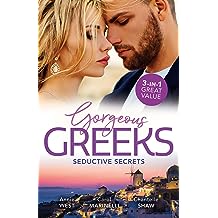 As the illegitimate secret daughter of royalty, Cat’s life has been far from luxurious. After years of bullying, she’s set against a return to her childhood home. But her princess half sister has mysteriously disappeared ahead of her engagement to charismatic King Alexander.

Cat agrees to stand in for her — but she didn’t agree to the electric attraction between her and Alex! He might have no idea who she really is — but when their insatiable desire threatens to strip away every boundary between them, Cat cannot hold back from the temptation of Alex’s caress...

Nico Eliades is back on the idyllic Greek island of Xanos to uncover long-buried family secrets. He can’t help but notice a bride in a crumpled wedding dress sitting on the steps of his hotel...

Constantine’s orchestrated marriage is over before the wedding night. A humiliated virgin bride, she longs to feel desired and at Nico’s skilled hands she experienced white-hot passion. But their one night brings more than just shame on Constantine and her family. Constantine has no choice but to reveal her bombshell to Nico — yet still her fingers tremble as she dials the number for Eliades Enterprises...

With a new acquisition at stake, Giannis Gekas must shake his playboy reputation. Enlisting beautiful Ava Sheridan to pose as his fiancée should be the key. Yet behind closed doors, their attraction is anything but fake! But Giannis is furious when he learns Ava is keeping the consequences of their passion a secret. Now to legitimize his child, Giannis has only one option — make Ava his wife! 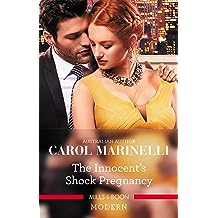 She gave him her innocence…now she’ll be his convenient bride!

Wherever ruthless billionaire Ethan Devereux goes, the press follow. So when he discovers the astonishing night he shared with talented actress Merida ended in pregnancy, he moves fast to contain the scandal! Suddenly Merida lands the biggest role of her career — playing the part of the loving Mrs Devereux. But she knows the real challenge is pretending she can walk away from their electric chemistry… 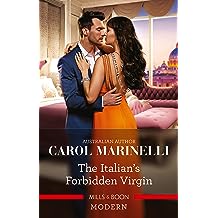 Italian tycoon Gian de Luca knows socialite Ariana Romano is off-limits. She’s his mentor’s daughter, and her drama-queen reputation precedes her. But when he offers her comfort one dark night, he’s shocked to discover she’s a virgin. Perhaps he’s been wrong about her all along...

Each electrifying moment with Gian leaves Ariana craving more, yet her red-hot Romano temper keeps getting in the way. For whilst she’s all fire, cool Gian won’t let any emotion get the better of him. A balance must be struck, before he walks away...for good!

Business and pleasure: what the Corretti playboy wants…

Personal assistant Ella is never without her “Santo Bag” — it’s not the latest designer “must have,” but emergency supplies to handle whatever the devilish Santo Corretti throws at her. But nothing can mask the darkness in her boss’s eyes.

Scandal is circling. Santo’s family is in tatters. His brother is languishing in a jail cell and his latest film’s on the rocks. All Santo wants is a little TLC.

Except, Ella’s heart is not part of the playboy fix-it kit. But what Santo Corretti wants he gets! 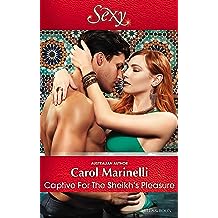 Sheikh Ilyas al-Razim was born to be king. He won’t let anything stand in his way, especially not the waitress daring to think she can blackmail him! It’s his duty to protect his family’s honor—even if it means taking impossibly stunning Maggie Delaney as his hostage…

Beneath the starlit skies of Zayrinia’s desert, defiant Maggie convinces Ilyas she is innocent of his accusations. No longer his prisoner, Maggie is free to return home…yet now she’s held captive by their smoldering raw desire! Dare she surrender to the pleasure this desert prince promises? 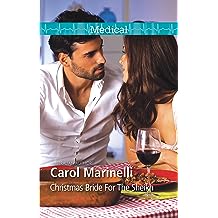 His midwife under the mistletoe

This Christmas, midwife Flo is determined to avoid all mistletoe! Though she’s a secret romantic, she’s fed up with only kissing frogs. Until she meets notorious sheikh prince Hazin al-Razim and is enticed into the most sizzling night of her life…

Hazin hides a wealth of pain behind his playboy facade, and beautiful Flo is the first person to warm his frozen heart. So, when she’s hired to deliver his brother’s Christmas Eve baby, it’s Hazin’s chance to claim his own Christmas miracle—Flo as his bride! 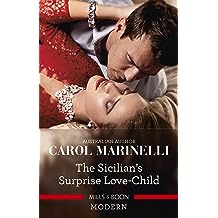 His forbidden innocent...and the consequence of their surrender!

Aurora Messina is everything cynical hotel tycoon Nico Caruso shouldn’t want. Impetuous and far too innocent, she’s trouble – and temptation! – personified. But even Nico’s famous control isn’t a match for their combustible chemistry...then Nico discovers their encounter has left her pregnant! He’s never wanted a family – he still bears the scars of his own childhood. But will Aurora’s revelation give this proud Sicilian a reason to risk everything?

Read more
Other Formats:: Hardcover , Paperback , Mass Market Paperback
includes tax, if applicable
Back to top
Get to Know Us
Make Money with Us
Let Us Help You
And don't forget:
© 1996-2021, Amazon.com, Inc. or its affiliates