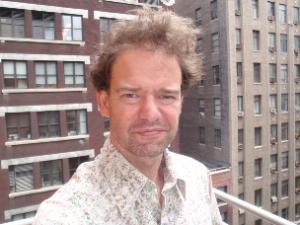 by Andrew Mueller (Author)
4.0 out of 5 stars 1 rating
See all formats and editions
Sorry, there was a problem loading this page. Try again.

There have been histories of Australian football before. There has not been one like Carn.
Carn tells the story of the Victorian Football League and its successor, the Australian Football League, from 1897 to the present day, by focusing on 50 of the thousands of games which have been played down the decades. Some of these matches have been significant to the game of Australian football; others have been significant to Australia as a whole. Carn recognises that while the game is only a game, it has also always been much more than that: anything which consumes so much of the nation's attention can't help but reflect something of the nation's character.

Andrew Mueller was born in Wagga Wagga, and lives in London. He is a contributing editor at Monocle, and a regular presenter on its radio arm, Monocle 24 – including hosting the award-winning “The Foreign Desk”. His byline has also appeared in titles including The Guardian, The Times, GQ Australia, Smith Journal, New Humanist and Uncut, among many others.

He has reported from more than 80 countries, and done his best to keep up with Geelong's progress from most of them. He is previously the author of “Rock & Hard Places”, “I Wouldn't Start From Here” and “It's Too Late To Die Young Now”. His country band, The Blazing Zoos, have made two albums: “I'll Leave Quietly” and “Chocks Away”. He also collaborated with Luke Haines and Cathal Coughlan on the acclaimed “The North Sea Scrolls” concept album.

Start reading Carn: The Game, and the Country that Plays it on your Kindle in under a minute.

Andrew Mueller is a contributing editor at Monocle, and broadcasts regularly for Monocle 24. He also writes for Uncut, New Humanist, Smith Journal, GQ Australia, and various others. He plays guitar in The Blazing Zoos, a London-based country band whose critically acknowledged debut albums &quot;I'll Leave Quietly&quot; and &quot;Chocks Away&quot; are generally available. His website is at www.andrewmueller.net.