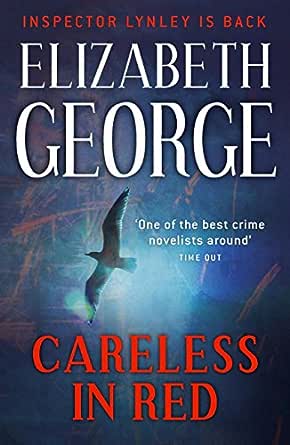 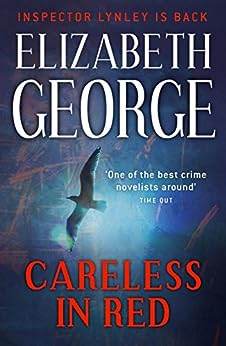 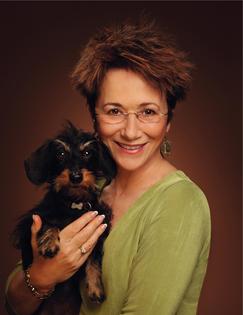 He found the body on the forty-third day of his walk . . .

Devastated by the senseless murder of his wife, Detective Superintendent Thomas Lynley retreated to Cornwall, where he has spent six solitary weeks hiking the bleak and rugged coastline. But no matter how far he walks, the painful memories do not diminish.

Then, at the base of a cliff near a town better known for its surfing than its intrigue, Lynley discovers the body of a young man who has fallen to his death. First a witness, then a suspect when the hand of a killer is revealed, Lynley remains, above all, a policeman willing to aid the gruff head of an understaffed local constabulary in her investigation. But the secrets in this community run dark and deep--and Lynley must somehow find a way to let go of the past long enough to solve a most devious and dreadful crime.

Elizabeth George is the author of highly acclaimed novels of psychological suspense. Her first novel, A Great Deliverance, was honoured with the Anthony and Agatha Best First Novel awards in America and received the Grand Prix de Litterature Policiere in France; Well-Schooled in Murder was awarded the prestigious German prize for international mystery fiction, the MIMI '1990'. Her novels have now been adapted for television by the BBC as the Inspector Lynley Mysteries. An Edgar and Macavity Nominee as well as an international bestselling author, Elizabeth George divides her time between Langley, Washington and London. --This text refers to the audioCD edition.

On WHAT CAME BEFORE HE SHOT HER: 'She's brilliant.' - GuardianAbsolutely remarkable and a great achievement - Boyd Hilton, BBC Radio FiveLiveOn A TRAITOR TO MEMORY: 'Absorbing . . . the pleasure of the book is the slow, surprising and often shocking unravelling of the various links between the main characters' - Marcel Berlins, The Times --This text refers to the audioCD edition.

A first-class, page-turning read (The Times) --This text refers to an out of print or unavailable edition of this title.

Thomas Lynley returns in the thrillingly satisfying crime drama from bestselling author Elizabeth George. --This text refers to an out of print or unavailable edition of this title.

Elizabeth George is the author of highly acclaimed novels of psychological suspense. She won the Anthony and Agatha Best First Novel awards in America and received the Grand Prix de Littérature Policière in France. In 1990 she was awarded the prestigious German prize for international mystery fiction, the MIMI. Her novels have now been adapted for television by the BBC. An Edgar and Macavity Nominee as well as a New York Times and international bestselling author, Elizabeth George lives on Whidbey Island in the state of Washington. She keeps a website at www.elizabethgeorgeonline.com --This text refers to an out of print or unavailable edition of this title.
Read more

4.1 out of 5 stars
4.1 out of 5
322 global ratings
How are ratings calculated?
To calculate the overall star rating and percentage breakdown by star, we don’t use a simple average. Instead, our system considers things like how recent a review is and if the reviewer bought the item on Amazon. It also analyses reviews to verify trustworthiness.

WE
5.0 out of 5 stars No disappointment
Reviewed in Australia on 6 February 2020
Verified Purchase
Good as usual
Read more
Helpful
Comment Report abuse
See all reviews

BW
2.0 out of 5 stars The volume of research shows
Reviewed in the United Kingdom on 13 September 2020
Verified Purchase
That’s it! I have made up my mind. I will not be completing this book. I got through four chapters, but only by forcing myself to go on reading. I bought this book because it is the text followed in her book called Mastering the Process: From Idea to Novel. I wanted to finish it, but it really crawls along. Just because an author does a lot of research doesn’t mean they have to put it all in the book. At least that is what it felt like to me. I will continue with Mastering the Process, but I am through with Careless in Red.
Read more

Lynda Edward
2.0 out of 5 stars Careless
Reviewed in the United Kingdom on 4 April 2018
Verified Purchase
Long convoluted Linley novel set in Cornwall. I am generally a fan of Elizabeth George an her characters Linley and Havers but found this novel disappointing. Research of the area and it’s people showed all the time, and as a result the whole setting had an inauthentic feel. The motley cast of characters including two middle aged women who appeared to be suffering from nymphomanical tendencies where portrayed as caricatures and the denouement very weary.
Read more
One person found this helpful
Report abuse

Mrs. Joan Nicholson
3.0 out of 5 stars I love these books
Reviewed in the United Kingdom on 24 October 2015
Verified Purchase
Well! what can I say? I love these books, usually, having read most of hers, but this was a real disappointment. The first several pages introduced far too many characters, I was getting lost, wondering who they all were, and were they all really relevant to the story. I had to miss paragraphs out, as they rambled on and on. Eventually, we got to the story proper, and that was quite
good, but the book had an unsatisfactory ending. They knew who the killer was, and why that person had done it, but the killer could not be prosecuted. End of story.

Cathy
5.0 out of 5 stars Careless in red
Reviewed in the United Kingdom on 14 November 2019
Verified Purchase
this was so very different from the previous books. I enjoyed in a different way. The same two characters are still as good
Read more
Report abuse

F. Barrett
3.0 out of 5 stars Not so good
Reviewed in the United Kingdom on 1 October 2019
Verified Purchase
Not as interesting as usual stories. A bit too complex and certainly not one of the best,
Read more
Report abuse
See all reviews
Get FREE delivery with Amazon Prime
Prime members enjoy FREE Delivery and exclusive access to movies, TV shows, music, Kindle e-books, Twitch Prime, and more.
> Get Started
Back to top
Get to Know Us
Make Money with Us
Let Us Help You
And don't forget:
© 1996-2020, Amazon.com, Inc. or its affiliates