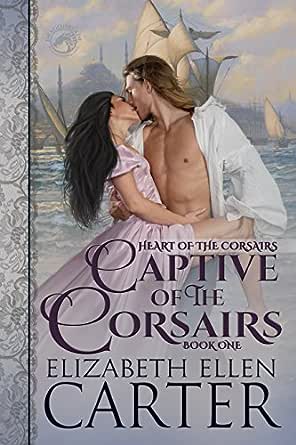 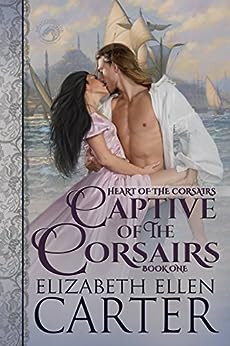 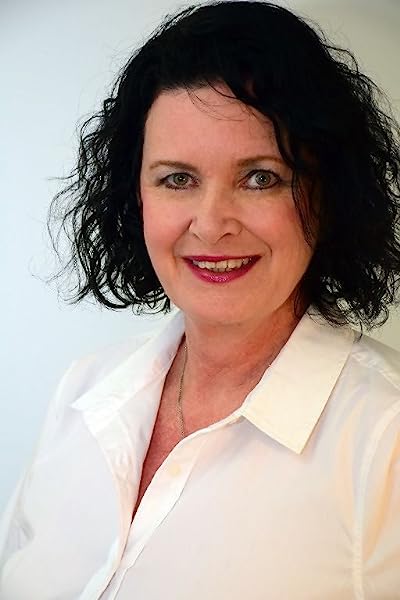 Amazon Customer
5.0 out of 5 stars History, love and adventure come to life.
Reviewed in Australia on 24 September 2017
Verified Purchase
Elizabeth Ellen Carter deftly intertwines love, fear, adventure and history in her novel. She draws her reader right into a world rife with pirates and the slave trade while creating passionate and colourful characters. Their trials, tribulations and inner turmoil take the reader on one hell of an emotional ride which leaves you pleading for more at the end.
Read more
Helpful
Comment Report abuse

Cathy Morgan
TOP 500 REVIEWER
2.0 out of 5 stars not clean
Reviewed in Australia on 1 May 2018
Verified Purchase
I glanced through this to get an idea what it was like and was put off by the content. Not clean, and therefore I don't care about the writing quality or the story. Will not be looking at more by the author.
Read more
Helpful
Comment Report abuse

Nostalgic
TOP 1000 REVIEWER
5.0 out of 5 stars Amazing
Reviewed in Australia on 13 December 2017
Verified Purchase
What a story. The characters were so full of emotion and self doubt. The love and romance between captain and Sophia is absolutely beautiful. The slave trades descriptions and story involved is so distraughting. Very good read.
Read more
Helpful
Comment Report abuse

history lover
5.0 out of 5 stars A compelling read
Reviewed in Australia on 22 January 2019
Verified Purchase
This was a fascinating story from the start and impossible to put down. Well-formed characters and a believable romance made this book 5 stars.
Read more
Helpful
Comment Report abuse

Shelagh
TOP 100 REVIEWER
5.0 out of 5 stars An absolutely riveting read!
Reviewed in Australia on 21 July 2017
Captive Of The Corsairs, book one in Elizabeth Ellen Carter's Heart of the Corsairs series, is an absolutely riveting read. Set largely in the Mediterranean during the regency period, this story kept me on the edge of my chair throughout and had me dreaming about Kit and Sophia after I'd finished.
Ms Carter clearly loves her history, and her meticulous research is evident throughout this story, but I think it is her characters who really drew me in. Sophia and Kit are beautifully rounded, complex and utterly believable. I warmed to the crew of Kit's ship, the Calliope, too, while feeling slightly sickened by Sophia's cousin Samuel.
While I had a good idea how the story would end — it is a romance, after all — I loved the twists and turns along the way that kept me wondering what would happen next. For my money, this is Elizabeth Ellen Carter's best story yet. I can't wait to read book two.

Francine Howarth
5.0 out of 5 stars Thrill-laden read!
Reviewed in the United Kingdom on 23 June 2018
Verified Purchase
When a book has been read and put aside with sense of contentment, which one derives from a good book, and a month later one can remember the characters and the name of a schooner as vividly as when reading the story, then the author has achieved his or her aim. As with straight historical fiction, onus lies with authors of Historical Romance to likewise depict a chosen historical period with sense of historical knowledge, not merely place characters in a historical setting and assume readers will truly feel transported to the past. Thus, I can commend and recommend this novel as a thoroughly entertaining and compulsive read. Not only are the characters fully-fleshed, their quirks, and inner anxieties add to the tensions of traversing dangerous waters in which Barbary pirates abound, For Kit Hardacre, captain of the Calliope, the past could so easily repeat itself, he fears it, he knows the pain and humiliation of becoming a Captive of the Corsairs, and he has the responsibility of two genteel women passengers to protect and deliver safe to foreign shores. To reveal more of this action adventure would be to spoil it for future readers, suffice to say, from the shores of England to the shores of Sicily, the rigours of seamanship, sense of revenge, and romantic notions, test the resolve of both Kit and Sophia Greene as each battle inner emotions en route. Whilst for Kit, the consequences of recognisable sails on the horizon indeed spell imminent disaster and a fate worse than death for all. A thrill-packed read!

Reviewer asides: This novel is set at a time when the American navy having previously engaged in war with the Barbary Pirates from 1801-1805 and again later in a second war whilst spying on the British for the French, they failed to deter or prevent the pirates continuing with heinous crimes. Hence, by 1815 a concerted effort by the British and Dutch navies with assaults on the North African coast, and raids on other ports around the Mediterranean Sea, by the close of 1816 the Barbary pirates were brought to book, crushed, many of the pirates who survived and were captured, duly suffered a slow and gruesome death in the Port of Bristol. Subsequently, 4,000 + Christian slaves were rescued and repatriated to homelands.
Read more
One person found this helpful
Report abuse

M,WHITWORTH
5.0 out of 5 stars Great story
Reviewed in the United Kingdom on 4 August 2017
Verified Purchase
This is a different sort of book for me , but so glad i went with my instincts .
The story is about Sofia who is brought up in a convent , then removed from there to take care of her cousins Samuel,who she falls for and Laura who she becomes more of a sister to.
They all take a trip on a ship to foreign parts ,meeting the captain of the ship Kit ,hes had a very troubled life, being kidnapped as a child and forced into service and prostitution , he escapes to buy his own ship, and with a very loyal crew
sets out to stop slavery and rescue those who cant help themselves.
Sofia and Kit have a rough start to they're relationship, but eventually get together , however Kit seems to have something of a deathwish .
He has to rescue both sofia and Laura from a fate worse than death .
Ive read many books ,and some ,not many ,ive had problems putting down .This was one of those books .
I also dont feel the pull to review many, again this one i felt i had to .
Its a real gritty tale,from the first couple of pages you really are gripped by the story.The emotions and the descriptive scenes keep you entranced the whole way through,i loved every page and cant wait for more.
Its now going on my favorite list . Wonderful book.
Read more
2 people found this helpful
Report abuse

Country Mouse
5.0 out of 5 stars Ten Glittering Stars!
Reviewed in the United States on 21 July 2017
Verified Purchase
Sometimes, an Author is able to create a story that lingers in your mind, long after the last page has been read...Elizabeth Ellen Carter has done just that with her book, CAPTIVE OF THE CORSAIRS!

I loved Kit and Sophia, our amazing hero and heroine. Their first meeting is dramatic, and sets the stage for a breathtaking romance...Kit is a brave man, with one goal. Destroy a bloodthirsty pirate who killed and enslaved innocent men, women, and children. Kit's childhood had been destroyed, and he channeled his rage into action; focused on the destruction of the evil pirate, Kaddouri and liberating as many suffering souls as he could.

Sophia is a gem of a girl. I loved her for her kind heart, her compassion, and her strength. I hurt for her, as her devotion to her family seemed to be quite taken for granted. She felt as if she lived in the shadows of other people, insecure, unsure of herself. But when our heroine meets Kit, the enigmatic, dashing, and daring Captain of the Calliope, well, the tide starts to turn! An unlikely couple? Yes, indeed, but one of the most memorable couples that I have ever encountered. They simply completed each other, they brought out the best in each other, they wanted the best for each other.

CAPTIVE OF THE CORSAIRS will sweep you back in time, and you will feel as if you are onboard ship with these amazing characters. A ton of research must have gone into this book, and it shows! I must say I felt as if I were seeing the sights in Palermo, Sicily! You will be amazed at the rich historical detail found in this book!

It is a rough and sometimes painful road, as Kit and Sophia fight for their happiness - But they are determined, and fellow readers, this is a fight to the death, a fight to destroy evil. CAPTIVE OF THE CORSAIRS is a powerful, spell-binding work, one that kept me glued to the pages. Bravo,
Elizabeth Ellen Carter!
Read more
4 people found this helpful
Report abuse

Texas Daughter
5.0 out of 5 stars Sophia and Kit
Reviewed in the United States on 22 July 2017
Verified Purchase
A Dark, Brooding Captain, a very accomplished Lady-with a crush on another-meet and life is not the same. Sophia is the orphaned cousin of Laura and Samuel. After a disastrous evening at the ball, Sophia suggest that they leave in order for the scandalous actions of Laura to quieten. Sophia believes that Samuel will declare his love, as she and Laura board the ship-but no, Captain Hardacre is a very damaged soul. His interactions with Sophia open both their eyes to love and to the betrayal of others. A bit heartbreaking at times, when you realize how the Captain and others suffered, but with the acceptance and love of Sophia, he is able to forgive himself. This was a wonderful story of unconditional love for each other.
Read more
2 people found this helpful
Report abuse
See all reviews
Get FREE delivery with Amazon Prime
Prime members enjoy FREE Delivery and exclusive access to movies, TV shows, music, Kindle e-books, Twitch Prime, and more.
> Get Started
Back to top
Get to Know Us
Make Money with Us
Let Us Help You
And don't forget:
© 1996-2020, Amazon.com, Inc. or its affiliates