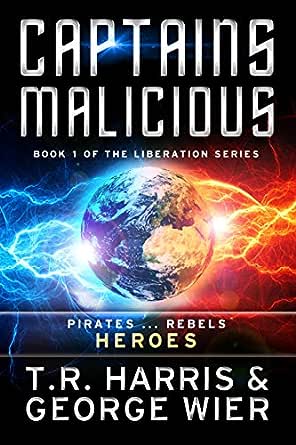 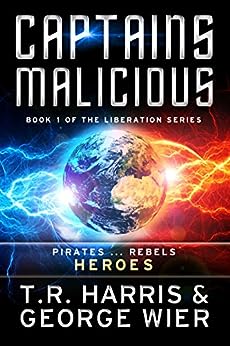 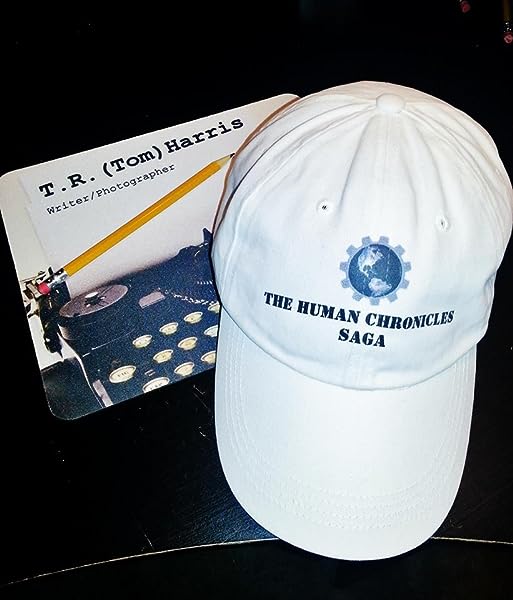 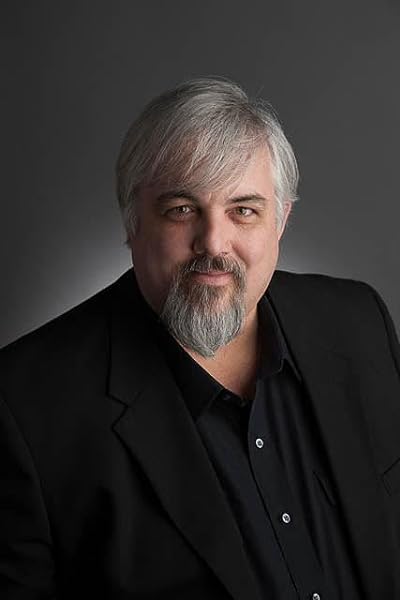 ...and let the outer-most colony of humanity fall to the annexation and occupation of the alien Vixx'r race, and without even putting up a fight. Now with the systematic stripping of the region of all its precious resources, there's as much resentment towards Earth as there is for the aliens.

This fact only complicates the latest mission of former navy Captain Robert Kincaid, who's been tasked with creating a pirate force strong enough to disrupt Vixx'r operations throughout the region. The best he can come up with are the rebels, renegades and criminals of the Reaches, along with a few scrap starships cobbled together from a fleet of derelicts. It's not much, but it will have to do.

However, what everyone underestimates is the overpowering need for Human Beings to be free, whether from the oppression of tyrannical alien overlords or from betrayal by members of their own race.

Follow the adventures of our intrepid pirate captain as he fights against overwhelming odds in a desperate struggle for Liberation of the Reaches. And along the way, Captain Kincaid discovers a diabolical plot that could ruin the chances of Liberation for his homeworlds...the prospect of peace with the aliens!

Captains Malicious is a non-stop roller coaster ride of space battles, political intrigue, betrayal and bold, heroic deeds. This is everything the avid sci-fi reader has been looking for...and more.

Authors T.R. Harris and George Wier have joined forces to create a thrilling introduction to their new universe and vision. Captains Malicious is the first of many adventures in The Liberation Series and featuring the daring exploits of Captain Robert Kincaid and his band of nefarious space pirates.

Pick up your copy today...and let the adventure begin!

Jason King: Agent to the Stars Series
The Enclaves of Sylox
Treasure of the Galactic Lights

The Drone Wars Series
Day of the Drone

All the books are available on Amazon.com and free for members of Kindle Unlimited.
The Novels of George Wier
The Bill Travis Mysteries:
The Last Call
Capitol Offense
Longnecks & Twisted Hearts
The Devil to Pay
Death on the Pedernales
Slow Falling
Caddo Cold
Arrowmoon
After the Fire
Ghost of the Karankawa

Other mysteries:
Murder In Elysium

Kindle Customer
5.0 out of 5 stars An Exciting New Series!
16 April 2015 - Published on Amazon.com
Verified Purchase
I downloaded this new offering from T.R. Harris yesterday and finished it around midnight. What a great read! I am an absolute T.R. Harris fan and really loved the stories about Adam Cain but we needed a new hero and Captain Malicious aka Robert Kincaid fits the bill. This is not an attempt to recreate Cain with a new name. This is a very successful attempt to begin a new hero in a new reality. The writing is very good. It is concise yet very descriptive so I am able to see the action in my mind and feel a part of the story. It does not wander or slow down. It kept me engaged from beginning to end and at the end I am excited to read Book 2 of this new series. T.R. Harris fans... you will not be disappointed.
Read more
10 people found this helpful

W in Joaquin Tx
5.0 out of 5 stars Damn fine job.
21 April 2015 - Published on Amazon.com
Verified Purchase
Captains Malicious introduces us to Robert Kincade, rich kid turned pirate. Plying his skills among the stars and against the occupying forces of the Vixx'r.

Pirates, aliens and a self-aggrandizing politician come together in a story as exciting and fast paced as any rollercoaster ride finds me anxiously awaiting the next installment.
Read more
6 people found this helpful

Robert Thomas
5.0 out of 5 stars Free-wheeling fun
6 June 2015 - Published on Amazon.com
Verified Purchase
Although I am familiar with these two authors, I had not as yet had the privilege of sampling their work. And oh what a work it is. If you want to tag along on a rip-roaring ride, this is the book you want to begin that ride with. Every time you think you know where things are heading, nope, they don't take you there. The writing is first class and the story evolves right along with the characters you come to know, to root for and to despise. And the end is ... well, I'm not going to spoil it here, but it isn't exactly what you think it is. Well done, gentlemen. Well done.
Read more
One person found this helpful

Kindle Customer
4.0 out of 5 stars Wow
17 April 2015 - Published on Amazon.com
Verified Purchase
Wow.. I really like the new duo. Probably the best I have read from Mr. Harris. A well written story. Great action. Love the characters an the interactions. Lots of twists in the story line, really kept me guessing. Well edited. Found very few mistakes.. Hope the Authors continue to work together. I am looking forward to the next book !!
Read more
5 people found this helpful

Curtis Lyon
4.0 out of 5 stars always worth the time
28 April 2015 - Published on Amazon.com
Verified Purchase
being a real fan of t.r. harris, I buy anything
this one is great and I already bought some george wier stuff so Igotta recommend this one too, mostly cause the story carries me along
quickly

I guess Harris spoiled me with the whole Adam Cain stories and the 'super' human thing
Read more
3 people found this helpful
Go to Amazon.com to see all 30 reviews 4.1 out of 5 stars
Get FREE delivery with Amazon Prime
Prime members enjoy FREE Delivery and exclusive access to movies, TV shows, music, Kindle e-books, Twitch Prime, and more.
> Get Started
Back to top
Get to Know Us
Make Money with Us
Let Us Help You
And don't forget:
© 1996-2020, Amazon.com, Inc. or its affiliates