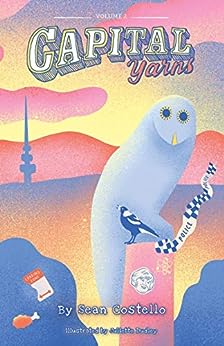 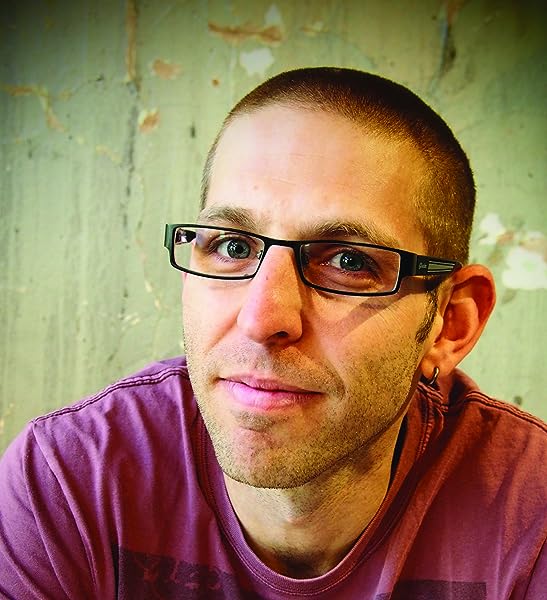 Sean Costello is back with a second volume of short stories set in Canberra. All the stories are inspired (and must include)
three items nominated via social media. The result is another eclectic mix of short stories featuring weird and wonderful
items like the Belconnen Owl sculpture, planetariums and quantum physics. The book is divided into reading ages, with
earlier yarns suiting a broader audience and later ones aimed at adults only.

Sean’s writing has been praised by many critics, although his mum would prefer he used fewer naughty words.

“This year’s Gang-gang Canberran of the Year is Sean Costello…He gets our gong for his grand idea, for his conviction - often lacking in Canberrans - that Canberra life is rich with things worth writing about, and for writing his short Canberra stories so delightfully, so limpidly, so readably.”
- Ian Warden, The Canberra Times

“Sean Costello, the creator of the much loved Capital Yarns, has created a … story of love and discovery between a Canberran and a Wellingtonian—we’re told there’s a special twist at the end, so make sure you grab yourself a copy to find out more”.
- Ashleigh Went, HerCanberra

Sean Costello (1978-) was born in Canberra, Australia and grew up in the southern suburbs of Tuggeranong. After spending two years living in Edinburgh, Scotland, he became inspired by the city's literary past and returned to his home town determined to tell its untold stories.

His debut fictional work, Capital Yarns, features the best of Canberra in a series of short stories first published on his website www.capitalyarns.com.au. All stories were inspired by social media users, invited by his site to nominate 3 items and in return receive a bespoke story set in Canberra. 'Capital Yarns: The Book' was crowdfunded and includes fifteeen of the best stories from Sean's site.

Sean’s goal, evidenced by his website, is to convince everyone that Canberra is a much cooler place than they think, but not so good that they move there and ruin it. In December 2014 he was awarded the title, Canberran of the Year for his writing, by the Gang Gang column in the Canberra Times newspaper.