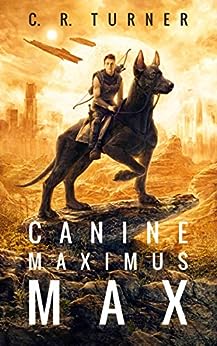 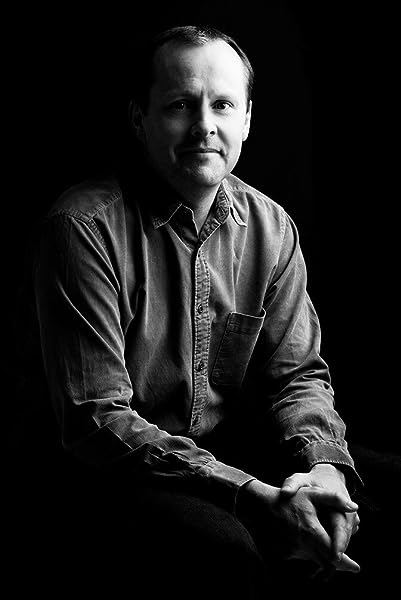 4.1 out of 5 stars
4.1 out of 5
38 global ratings
How are ratings calculated?
To calculate the overall star rating and percentage breakdown by star, we don’t use a simple average. Instead, our system considers things like how recent a review is and if the reviewer bought the item on Amazon. It also analyses reviews to verify trustworthiness.

Jo
TOP 500 REVIEWER
4.0 out of 5 stars A very worthy start, I'll be keeping my eye out for book 2
Reviewed in Australia on 18 February 2019
Verified Purchase
4 Stars
My personal rating system

I thoroughly enjoyed this book and will be checking out the authors other books looking for more of the same.

ReadThemAll
5.0 out of 5 stars Amazing
Reviewed in Australia on 1 September 2019
Verified Purchase
It has been years since a new book has taken my fancy and I must say this book is amazing and I could not put it down from start to finish! I can't wait to read more!
Read more
Helpful
Report abuse

Kindle Customer
5.0 out of 5 stars Easy to read!
Reviewed in Australia on 26 January 2020
I like this story! Slow to start, but descibes things well! Love the developmrnt of the characters in this post apocalyptic world! Well worth reading!
Read more
Helpful
Report abuse
See all reviews

KayDoubleYou
2.0 out of 5 stars Canine Maximus
Reviewed in the United States on 3 January 2019
Verified Purchase
Cliffhanger: no
No. in Series: first of a planned series; no other books at this time
Sexual Situation or Language: no
Coarse Language: no
Violence: yes; short descriptions of violent death, descriptions of war
Proofreading: excellent
Editing: poor
Suggested Age: 13+

A civil war on Terra Primus has been going on for generations between the Union, a well-equipped and well-armed army, and the Terra Primus Republic Army, poorly equipped and supposedly fighting for the everyday citizen. No one remembers how it started or what it is being fought for, but the war continues, destroying buildings and people without relief. Fighting has moved into space where battles on another planet mimic what is happening on Terra Primus.

Joel, only a year away from mandatory enlistment, has been journeying to Arcadia, a community in the far north. Trained in first aid and survival skills by his paramedic father, he's been surviving on his own for years. Along his journey he's adopted by a Canine Maximus, an animal not native to Terra Primus and having no relationship to a dog. The large animal is used in battle both for its ability to fight and for its tolerance of being ridden. The one that finds Joel is unexpectedly tame and Joel takes advantage of the chance to ride. Along the way he meets people willing to share what they have with him, take what is his, sell him to the Union, and help him with his goal. All along he's chased by a Union Striker bent on killing him.

This story has a steady, easily moving plot, and is a short read. Joel's history and motivation for going to Arcadia are revealed as one moves through the book.

The time expressed for actions are inconsistent, leaving this reader unsure if sufficient time has passed for a deer skin to be tanned, or if the writer took some poorly researched information and simply stuck it in place.

Descriptions of the situations and environments in which Joel finds himself are sparse, but do give a feel of what is happening. Written in the first person, we don't get any information of how Joel is perceived by the people who interact with him, but descriptions of the people Joel comes in contact with are uneven.

Editing is poor, with short, choppy sentences, particularly in the beginning. Some descriptions are uneven, and errors in time passage, the amount of time needed to perform an activity, how to make sure an activity result is safe, should have been fact checked before the story was printed.

The ending is frankly unbelievable, stretching a willing suspension of disbelief past the breaking point.

A book suitable for teenage readers, the plot has a lot of space for improvement.
Read more
9 people found this helpful
Report abuse

Douglas Wetterling
5.0 out of 5 stars Great read.
Reviewed in the United States on 7 June 2019
Verified Purchase
You follow a young man trying to find his way to the place that his father told him about when the young man was a child. I just think it reminds me of the older science fiction that I read many years ago. Authors like Gordon R Dickson, James Schmitz few books before his untimely death. Robert Heinlein and countless others others to numerous to mention in my review is how the plot and characters are described by the this author that wrote this book. The ending to me indicates a potential series on the characters, which would be nice. So I hope there are many more books to come of this storyline. Hugs from the old 🐾🐾🐺🐾🐾!
Read more
5 people found this helpful
Report abuse

Bob's mom
5.0 out of 5 stars Great Read
Reviewed in the United States on 24 October 2018
Verified Purchase
Excellent read. The story keeps your interest. My favorite person in the story is Max. (And yes he is a person. Anyone who has been owned by a dog knows this.) Great action sequences. Joel meets so many good people, plus a few not so good. The development of the bond between Max and Joel added so much. I am not a patient person and I do want to read the next book in the series. Are you listening Mr. Turner? I have already recommended Canine Maximus Max to family and friends.
Read more
5 people found this helpful
Report abuse

R. Mooney
5.0 out of 5 stars Max
Reviewed in the United States on 31 March 2019
Verified Purchase
Interesting read. I loved the characters, especially Max. I'm tiring of post-world stories, but am glad I read this one. Thanks.
Read more
3 people found this helpful
Report abuse

Cat
3.0 out of 5 stars Ok
Reviewed in the United States on 21 December 2018
Verified Purchase
Easy fast read for young adult interested in basic post apocalyptic fiction starring a huge dog and companion trying to get to "paradise".
Read more
3 people found this helpful
Report abuse
See all reviews
Back to top
Get to Know Us
Make Money with Us
Let Us Help You
And don't forget:
© 1996-2021, Amazon.com, Inc. or its affiliates