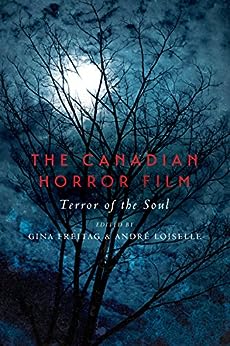 The Canadian Horror Film: Terror of the Soul Kindle Edition

This volume represents a welcome expansion of both horror film studies and Canadian film studies.

'These excellent essays identify precisely what sets the Canadian horror film apart from its American and British brethren.... Highly recommended.'

Gina Freitag is an independent scholar and the founder of the Cellar Door Film Festival in Ottawa.

André Loiselle is a professor in the Film Studies program and assistant vice-president (Academic) at Carleton University.