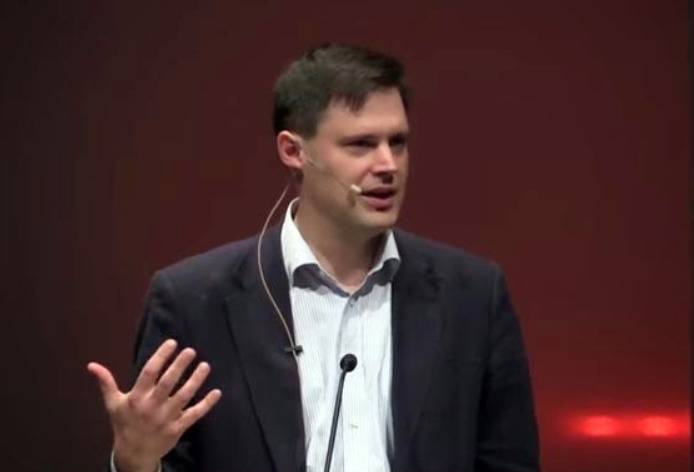 Page 1 of 1 Start overPage 1 of 1
Previous page
Next page
Start reading Can We Trust the Gospels? on your Kindle in under a minute.

Peter J. Williams (PhD, University of Cambridge) is the principal of Tyndale House and the consulting editor and coordinator of this project. He is also chair of the International Greek New Testament Project, which is producing the largest scholarly edition ever attempted of a single book of the New Testament, namely the Editio Critica Maior of John's Gospel. He is the author of Early Syriac Translation Technique and the Textual Criticism of the Greek Gospels.

4.7 out of 5 stars
4.7 out of 5
275 global ratings
How are ratings calculated?
To calculate the overall star rating and percentage breakdown by star, we don’t use a simple average. Instead, our system considers things like how recent a review is and if the reviewer bought the item on Amazon. It also analyses reviews to verify trustworthiness.

Ciaran Kelleher
4.0 out of 5 stars Good Brief Intro to the Reliability to the Gospels
Reviewed in the United Kingdom on 24 January 2019
Verified Purchase
Excellent and concise primer on the trustworthiness of the Gospel accounts. I think this book does exactly what it sets out to achieve. Alongside 'Case for Jesus' by Brant Pitre, this will be the book I hand sceptics and Christians who want to know more about the confidence we can have in the Gospels.
Read more
14 people found this helpful
Report abuse

trini
5.0 out of 5 stars The Gospel records to Jesus and to the rise of Christianity are trustworthy beyond dispute
Reviewed in the United Kingdom on 26 July 2019
Verified Purchase
This short book of around 150 pages provides a totally convincing case for the trustworthiness of the New Testament records to the life, teaching, death and Resurrection of Jesus of Nazareth, and to the origin and spread of Christianity in the latter half of the first century AD.

The author reminds us that the majority of the 27 New Testament 'books' (the four Gospels, and the other epistles, letters, etc.) were composed/written/copied/accepted, both inside and outside of Palestine, in various widely separated parts of the Greco/Roman/Egyptian world, each area of which had its own lifestyle and history; and yet these 8 or 9 different New Testament authors nevertheless give us a compelling overall unity of message and an astonishing fidelity to the overall eastern Mediterranean world of Jesus' day. Their common testimony would be unthinkable if all these converging testimonies were just separately invented by different unconnected authors from all over that Mediterranean world. For a compelling overview of what was going on, read the second half of the Acts of the Apostles, describing St Paul's travels all over the eastern Mediterranean world (Greece, Asia Minor, Rome, Palestine ... ). And what is reflected is the amazing political and religious world - Roman governors in Jerusalem, Scribes, Pharisees and Sadduccees among the traditional Jewish families, Temple worship, converts to Christianity from both the Jewish mainstream (who wanted to make gentile converts undergo circumcision and keep all the trimmings of washings, blessings, etc., which 'fringe' practices St Paul said they must now abandon), and converts from more 'liberal' Jews who backed Paul, etc. Paul's story is full of inner-Christian and inner-Jewish conflict. Read Acts!!!

I quote: "[Each author separately, for his story and his area] would have to investigate its architecture, culture, economics, geography, language, law, politics, religion, social stratification, weather, and much more. [Each author] would even need to ensure that the characters in [his] tale were given names that were plausible for the historical and geographical setting of [his] narrative. All this requires effort and is not easily done" [pages 51,52].

My second immediate quote is from page 35. I agree very strongly with this point also. "If a non-miraculous but otherwise similar set of beliefs was attested in documents as close to the events as were the Gospels and among people as widespreaad as were early Christians, few people would have any difficulty in believing these facts to be true. This would especially be the case if sincere family members were around for the opening decades of the spread of the message".

Peter Williams, the author of this book, gives numerous tables which analyse the PURELY SECULAR , AND PURELY 'PAGAN' writings of the New Testament period, and compares these tables with similar tables analysing the Christian writings. These two sets of tables clearly establish that the New Testament records, and the Christian archaeological remains of the first Christian centuries, and the copies of the New Testament records in so many locations and languages, are overwhelmingly more historically numerous than the surviving purely historical records which establish the existence and work of the kings, pharaohs, philosophers and generals of the same period. Yet we gladly accept the purely secular testimony!

Ordinary honest historical scholarship compels me, and should compel us all, to accept, too, the historical trustworthiness of the New Testament records.
Read more
8 people found this helpful
Report abuse

David Robertson
4.0 out of 5 stars he new 'Go To' book on the reliability of the Gospels
Reviewed in the United Kingdom on 30 March 2019
Verified Purchase
This is a much needed book from Peter J Williams, the principal of Tyndale House.  It is short (140 ages) and somewhat detailed and technical for some.  However for me it is an essential book - and will be one that I have with me in regular ministry - especially when I am presented with the atheist memes that are so prevalent on the Internet.  Can we trust the Gospels?  Who wrote them?  What is the evidence for their historicity?   To me this is up there with FF Bruce's The New Testament Documents and at a popular level Amy Orr-Ewings Can We Trust the Bible?   William's conclusion sums up the purpose of the book:

"In returning, then, to the question of trustworthiness of the Gospel text, it is rational to have a high degree of confidence in the text of the Gospels as it appears in modern editions"
Read more
5 people found this helpful
Report abuse

Gareth Russell
5.0 out of 5 stars Clear, coherent, compelling argument for confidence in the Gospels
Reviewed in the United Kingdom on 20 January 2019
Verified Purchase
Peter Williams offers a clear, coherent, compelling argument for we can have rock solid confidence in the Jesus of our Bibles. Williams starts from what we can learn from non-Christian sources, and then steadily builds his case to show the reliability of the gospel accounts. This will now be my default book to go to when someone wants to know if the New Testament can really be trusted. It's short too.

Dave
4.0 out of 5 stars Hard going
Reviewed in the United Kingdom on 6 June 2020
Verified Purchase
I don't know whether it was me or the book but I found this book a bit hard going.

Having said that, I would recommend it to others with the caveat that it takes close reading
Read more
Report abuse
See all reviews
Back to top
Get to Know Us
Make Money with Us
Let Us Help You
And don't forget:
© 1996-2021, Amazon.com, Inc. or its affiliates