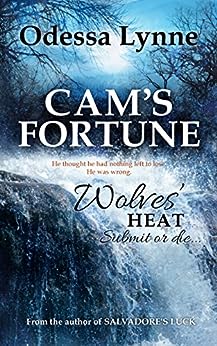 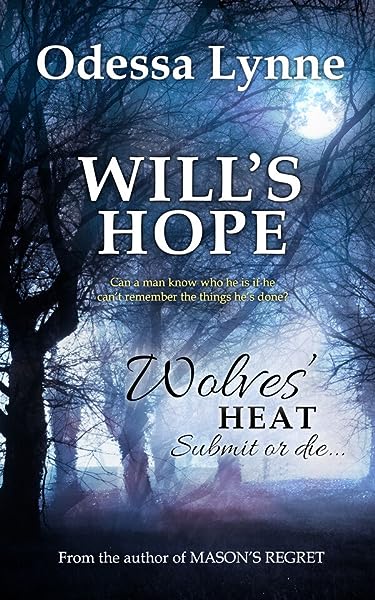 Odessa Lynne writes male/male romance. After years of reading romance, fantasy, and science fiction novels, Odessa discovered she liked romance in her fantasy, sex in her science fiction, and love between her heroes best of all, and that's exactly what she puts in all her own stories now, for readers who enjoy the same. She lives in the southeastern United States.

Visit odessalynne.com for information about current and upcoming releases or to sign up to her new releases email list.

Kindle Customer
5.0 out of 5 stars An amazing sci-filled adventure infused with some pretty HOT scenes!
Reviewed in the United States on 22 February 2017
Verified Purchase
I loved this.story for keeping me enthralled as well as on the edge of my seat pretty much through a good two-thirds of the book! As it happens, I bought this title from Kindle based on its selling write-up, so I was intrigued to learn I'd happened upon a series. Instead of going for the first in series, I went for reading all the reviews on the stories preceding Cam's, which actually was cheating in a sense, but for the stiff prices I'd have to pay, I wanted to be sure I'd get as good an investment as I'd gotten with Cam's Fortune. I only say this having been caught up with enthusiasm over a writer's work only to be disappointed and disgusted at their other offerings. Anyway, I was impressed at the creative genius and eye for detail that saturated this book, and the imagination involved in the scope of technology that kept Cam alive and functional. Seriously impressed. As a side note, I only purchased Brandens story (the third in.the series) since it had better reviews as well as appeared to have a page-count that made me feel better about it's price. And, it also was a good.read, though not as technologically amazing as Cam's story was. Five stars!
Read more
One person found this helpful
Report abuse

Alexandria Quist
4.0 out of 5 stars Lovely.
Reviewed in the United States on 2 January 2018
Verified Purchase
This book did a lot of things for the first time. It actually explained aspects of the wolves culture frankly instead of glossing over it, and it explored a complex relationship between the wolf caught in his heat and his mate. And I mean REALLY explored it. I felt they were building a partnership instead of the human whining and resisting his way into mating. Cam OWNED his relationship. The flaws in it, the mistakes he made with Rick along the way, and the way his feelings changed when he learned to let old love go. Also, Rick had a personality. He wasn't just sexually frustrated. There was depth to his character and the beautiful ways he expressed affection.
It was lovely.

Meg
5.0 out of 5 stars I love this series
Reviewed in the United States on 3 January 2016
Verified Purchase
I love this series. I wish more people would take notice of it because it's unique and I've liked all the twists and turns as the stories have developed. This latest one wasn't my absolute favorite in the series, but it's another strong addition and I couldn't wait to read it. I wasn't disappointed. I love the world creation and all the struggles between the different characters. I'm looking forward to the next installment! If you're wondering whether to give it a try -- do it! You won't be sorry.
Read more
One person found this helpful
Report abuse

Felice N. Tixx
5.0 out of 5 stars Submit!
Reviewed in the United States on 29 November 2015
Verified Purchase
I absolutely love this series and Cam's Fortune is another wonderful addition to the saga. Alpha Rick finally gets his true mate, with he and Cam going on quite an adventure along the way. There was an interesting plot twist that I sort of figured out before it was revealed, and we got to visit briefly with Brendan, Ian, Devon, Matthew, and Sal (each featured in a previous novel).
Note that although the novels may be read as "stand alones," you'll have a richer experience if read in order.
Read more
Report abuse

Kindle Customer
5.0 out of 5 stars Overlapping Story Lines
Reviewed in the United States on 29 September 2020
Verified Purchase
It's really important to read the series in order because of the interweaving of stories. Makes this series very rich and detailed.
Read more
Report abuse
See all reviews
Back to top
Get to Know Us
Make Money with Us
Let Us Help You
And don't forget:
© 1996-2021, Amazon.com, Inc. or its affiliates