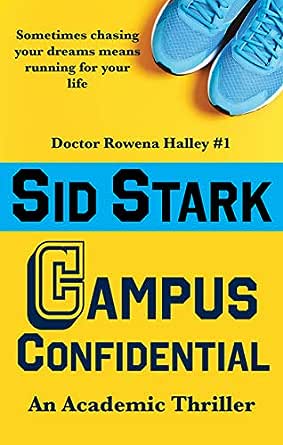 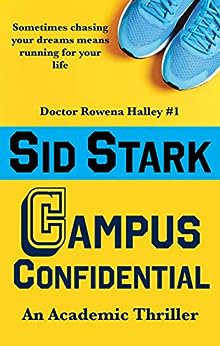 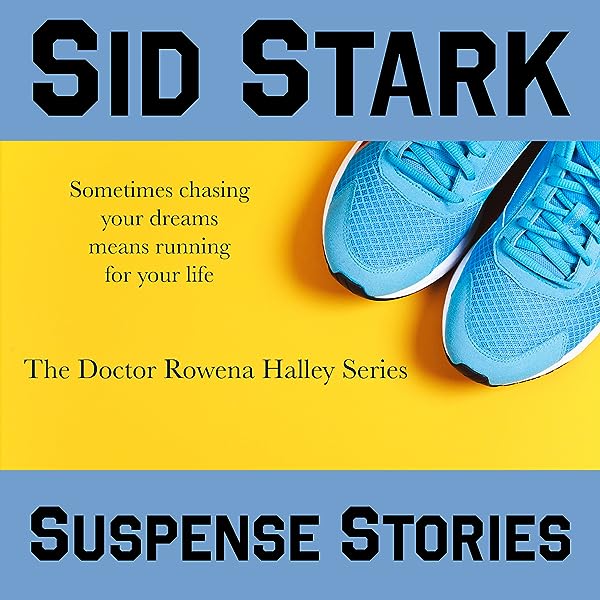 Shhhh
5.0 out of 5 stars Blue trainers come in handy!
Reviewed in the United Kingdom on 21 May 2019
Verified Purchase
Rowena Halley starts a new job as a Russian language professor in New Jersey. The plot follows her navigation of a new state and a new job. Jogging in blue trainers and suffering excruciating administration and organisation bureaucracy where fools and red tape run rife in an amusing way that will resonate with anyone who has had an email address (in a large organisation!) The plot is largely a fiction-drama, with satirical and amusing overtones such as Rowena’s colleagues overuse of abbreviations and acronyms. The characters are believable, stretching from the student to professor generation. I enjoyed how the plot finished, there had been mentions of a Russian ex-boyfriend, missing professors, murder and mysterious death of a student, those blue trainers came in handy...
Read more
Report abuse

Brad Hawks
5.0 out of 5 stars Campus Confidential
Reviewed in the United States on 10 May 2019
Verified Purchase
You'll be nodding your head from start to finish if you or anyone you care about has spent time at a university in the past decade. Full of lively dialogues and incisive observations that will hit too close to home for some. It would make a great movie. The Campus Confidential title suggests another layer to this mystery - this is clearly not Sid's first novel, though it is the first under this name. Sid has obviously spent some time around universities, and shows us the good, the awful, and the merely ridiculous. If you join Sid's mailing list (link at the end of the kindle edition, or search Sid Stark author) or check the soundcloud channel, you'll find some entertaining character developments and other bonus material. The story ends with unfinished business like any good read, and promises of a sequel - will Rowena's next chapter prove as hair raising as this one, and will her ageing Civic survive? That's a sequel I'm looking forward to reading!
Read more
7 people found this helpful
Report abuse

Douglas Winslow Cooper
5.0 out of 5 stars Cheesy Title for Entertaining Book
Reviewed in the United States on 29 May 2019
Verified Purchase
I hope things are not this bad in academe, where I spent ten years being taught and another seven professoring before moving on in 1983.

The book is entertaining, often funny, with some suspense at the end. First of a series, but with a satisfying semi-resolution. Sid Stark knows her scholars and apparently her Russian (I don't).

You should read it for the humor, with minimal political correctness, and lots of insight into the plight of the new PhDs on the lowest rungs of the academic career ladder.

I look forward to the next one in the planned series.

ShimonZ
3.0 out of 5 stars a pleasure to read
Reviewed in the United States on 26 May 2019
Verified Purchase
As a retired professor with a lingering attachment to the academic world, it was both amusing and informative to read this volume. So much has changed in the last 20 years, and Sid Stark manages to paint a familiar and understandable picture of the challenges to be faced by a new member of staff at such an institution. There are exaggerations, of course, and the plight of junior lecturers seems quite negative, but the inherent humor of the narrator allows an enjoyable read to the end. This was fun to read.
Read more
2 people found this helpful
Report abuse

Roslyn Raney
5.0 out of 5 stars Professors will relate to this book!
Reviewed in the United States on 26 May 2019
Verified Purchase
I enjoyed this book and am looking forward to future books in the series! If you've ever slogged through grad school and the academic job market, you will really "get" Rowena, her problems, obsessions and triumphs.
Read more
3 people found this helpful
Report abuse
See all reviews
Get FREE delivery with Amazon Prime
Prime members enjoy FREE Delivery and exclusive access to movies, TV shows, music, Kindle e-books, Twitch Prime, and more.
> Get Started
Back to top
Get to Know Us
Make Money with Us
Let Us Help You
And don't forget:
© 1996-2020, Amazon.com, Inc. or its affiliates