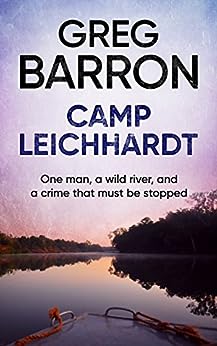 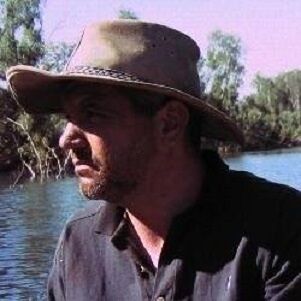 Camp Leichhardt: One man, a wild river, and a crime that must be stopped. Kindle Edition

by Greg Barron (Author) Format: Kindle Edition
See all formats and editions
Sorry, there was a problem loading this page. Try again.
Ben Mulligan is a cop from the Northern Territory town of Katherine, with more than his share of problems. When he heads down to Camp Leichhardt, a Grey Nomad camp on the Roper River, to fish and get away from the stresses of life, he finds that all is not what it seems.

Ben uncovers a criminal conspiracy that will destroy lives and wreak havoc on local communities. With the beautiful Malea as his ally, he has to face his past head on, and tackle a cartel intent on making money at any cost. Yet, in doing so, he risks everything, even his own future.
Read more
Previous page
Next page

'Combines the very best of a thriller by Tom Clancy with the Boys' Own action blockbuster of someone like Chris Ryan. The speed of the action is matched only by the sophistication of the prose and the originality of the plot. Greg Barron has proved he is a political thriller writer at the very top of his game.' ABC Radio Weekend Bookworm

'A high-octane thriller ... the pace is excellent, the writing is sharp and Barron has a real talent for the evocation of place ... sufficiently gripping to keep you up at night' The Australian Newspaper

'Barron echoes the work of authors such as MacLean, Clancy and Ludlum' Canberra Times

'Barron is not one to pull his punches' Brisbane Courier-Mail

Greg Barron is the author of three novels; Rotten Gods (2012), Savage Tide (2013) and Lethal Sky (2014), all published by HarperCollins. All were received with critical acclaim and have attracted a growing readership. The ABC Radio's Weekend Bookworm program has called him "A political thriller writer at the very top of his game," and the Daily Telegraph described his third book, Lethal Sky, as "Highly entertaining." Greg's books have won rave reviews in Australia and overseas, and been featured widely in the Australian media, with dozens of radio and print interviews to his credit. He was keynote speaker at the Grassroots Writer's Festival in Coffs Harbour in 2015 and appeared at the Sydney Writers Festival in 2014. His work has been long listed in the Ned Kelly Awards for best new fiction, and short listed in the ABC Radio short story project. He is an avid reader in a wide range of genres, drawing inspiration from writers as varied as Gabriel Garcia Marquez and John Le Carre. "The pace is excellent, the writing is sharp and Barron has a real talent for the evocation of place." The Australian. Find out more at gregbarron.com --This text refers to the paperback edition.

Crime, terrorism, history, international politics and the wide open spaces of outback Australia are all passionate interests of author Greg Barron. He has lived in North America, New South Wales and the Northern Territory. His books, published by HarperCollins Australia and Stories of Oz Publishing, are gutsy pageturners that tell the truth about the world, then and now. Rotten Gods was long listed for the prestigious Ned Kelly awards, and has been lauded as "one of the most sophisticated geopolitical thrillers ever written." Savage Tide was described by ABC Radio reviewer Rob Minshull as; "Both supremely intelligent and written at breathtaking pace."

Camp Leichhardt is the first of his Australian stories to see print, and was serialised in 2016 to wide acclaim. Rotten Gods, Savage Tide, Voodoo Dawn and Lethal Sky all feature Marika Hartmann, the Australian intelligence agent who won the hearts of readers all over the world.

4.1 out of 5 stars
4.1 out of 5
97 global ratings
How are ratings calculated?
To calculate the overall star rating and percentage breakdown by star, we don’t use a simple average. Instead, our system considers things like how recent a review is and if the reviewer bought the item on Amazon. It also analyses reviews to verify trustworthiness.

Lily Malone
TOP 500 REVIEWER
5.0 out of 5 stars A Cracking Read
Reviewed in Australia on 3 November 2021
Verified Purchase
What a cracking read!
I've read and enjoyed most of Greg Barron's books, and once again I felt an immediate affinity with Barron's writing style and his characters.
I love first person present tense writing when it's done well, and in Camp Leichhardt, it immediately drew me in to the pages.
I have been to the Roper River, and to Mataranka, Katherine and Borroloola, many many years ago. I remember the vibrant green clarity of the Roper, and its environs, and can only imagine trying to navigate the river through the kind of scrapes that the main character, Ben, gets himself into.
The story starts at an easy pace, despite Ben's conflicts with the other nefarious types at the camping ground. The early pages about a man fishing and camping—seeking redemption and enjoying solace and reflection as he pits himself against the mighty Northern Territory barramundi (and the crocs!)—it was just a wonderful introduction to the story to come.
I think Greg Barron writes Australia as well as I've seen it done. Descriptions of the stars over a night sky from a swag, the scents and sounds of the river in the morning, and at night. Dust. Insects. Animals. People. It is all there, and he brings it to life.
From my perspective, and quite aside to how Ben Mulligan brings the bad guys to heel, my very favourite part of this book is that at times it felt like I was reading the ultimate Top End fishing manual. The very best fishing manual actually, because it had story wrapped around it. The pages I've bookmarked are those dealing with lures, snags, fishing braid, and how to bleed and fillet and cook a mackerel and a barra.
Mouth-watering!
Of course, eventually they have to leave the river and the boats, because there are bad guys to collar, and from there it is a race to the finish and a shoot out that will keep you up late reading. But the beauty of a Greg Barron thriller is, no big criminal fish gets off the hook!
Read more
Helpful
Report abuse

Ogi
TOP 500 REVIEWER
5.0 out of 5 stars Aussie yarn
Reviewed in Australia on 26 July 2018
Verified Purchase
Enjoyable read. Did it in one sitting after dinner. Having travelled a fair bit in the Northern Territory I was able to identify with the culture. Having family who are police officers I also understand the mind set. I will say the main character is a bit slow on the uptake. Enjoy the read.
Read more
Helpful
Report abuse

Wayne Opie
4.0 out of 5 stars Best Australian author
Reviewed in Australia on 7 September 2018
Verified Purchase
Excellent well written get into all of his books you won’t be disappointed
Read more
Helpful
Report abuse
See all reviews

Barna A. Richards,MD author of 44Years in thr ER
3.0 out of 5 stars I love Ausie tales
Reviewed in the United States on 14 July 2020
Verified Purchase
Mostly, I liked the fishing, the flora and wildlife descriptions. The detective stuff I understand was essential, and there must be a love interest, but the romance didn't pique my interest.
Read more
Report abuse
See all reviews
Back to top
Get to Know Us
Make Money with Us
Let Us Help You
And don't forget:
© 1996-2021, Amazon.com, Inc. or its affiliates