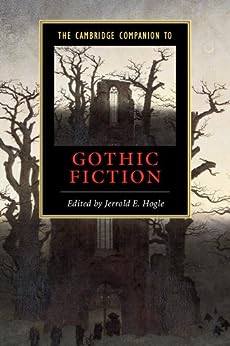 "Contributors also emphasize that the 'gothic' novel was not strictly English, but that it had many more outreaches. Although some essays include considerable political theorizing, the language does not overwhelm.... Recommended." Choice

'... if you want to brush up on your origins and expand your literary knowledge or just want something new to think about [this is] a good place to start.' Bite Me

Gothic as a form of fiction-making has played a major role in Western culture since the late eighteenth century. In this 2002 volume, fourteen world-class experts on the Gothic provide thorough and revealing accounts of this haunting-to-horrifying type of fiction from the 1760s (the decade of The Castle of Otranto, the first so-called 'Gothic story') to the end of the twentieth century (an era haunted by filmed and computerized Gothic simulations). Along the way, these essays explore the connections of Gothic fictions to political and industrial revolutions, the realistic novel, the theatre, Romantic and post-Romantic poetry, nationalism and racism from Europe to America, colonized and post-colonial populations, the rise of film and other visual technologies, the struggles between 'high' and 'popular' culture, changing psychological attitudes towards human identity, gender and sexuality, and the obscure lines between life and death, sanity and madness. The volume also includes a chronology and guides to further reading.
See all Product description
click to open popover

V. R. Michaelson
5.0 out of 5 stars An Good Start to the Gothic
5 January 2007 - Published on Amazon.com
This book is a wonderful start to anyone wanting to look at the idea of the Gothic. I'm a graduate student in English, and this book has been a great tool in helping me with my course work. The book gives you a good overview of the various types and periods of Gothic, including the more modern topics such as films and video games. It is a good starting off point that can help direct your scholarship in the right direction, as well as making you literate as to what exactly the Gothic is and where it has been. I highly recommend it.
Read more
33 people found this helpful
Go to Amazon.com to see all 2 reviews 5.0 out of 5 stars
Get FREE delivery with Amazon Prime
Prime members enjoy FREE Delivery and exclusive access to movies, TV shows, music, Kindle e-books, Twitch Prime, and more.
> Get Started
Back to top
Get to Know Us
Make Money with Us
Let Us Help You
And don't forget:
© 1996-2020, Amazon.com, Inc. or its affiliates