The Call of the Wild (AmazonClassics Edition) and over 1.5 million other books are available for Amazon Kindle . Learn more 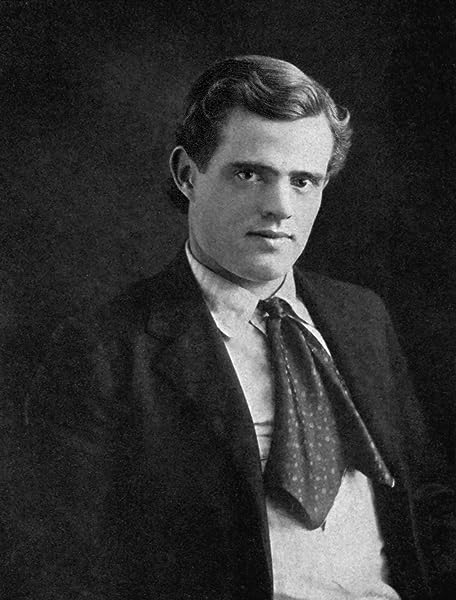 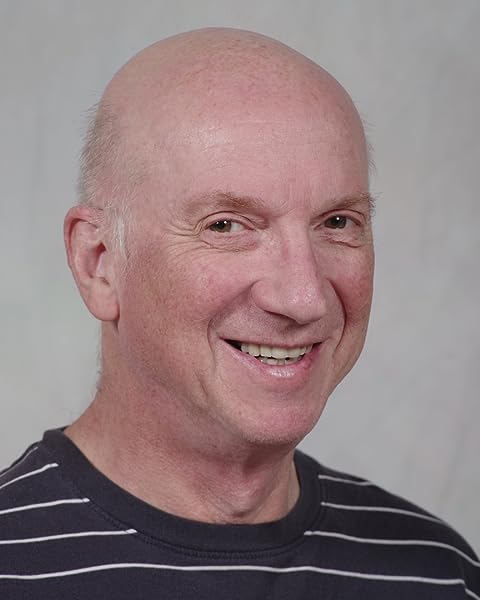 Page 1 of 1 Start overPage 1 of 1
Previous page
Next page
Start reading The Call of the Wild (AmazonClassics Edition) on your Kindle in under a minute.

John Griffith London (born John Griffith Chaney; January 12, 1876 - November 22, 1916) was an American novelist, journalist, and social activist. A pioneer in the world of commercial magazine fiction, he was one of the first writers to become a worldwide celebrity and earn a large fortune from writing. He was also an innovator in the genre that would later become known as science fiction. His most famous works include The Call of the Wild and White Fang, both set in the Klondike Gold Rush, as well as the short stories "To Build a Fire", "An Odyssey of the North", and "Love of Life". He also wrote about the South Pacific in stories such as "The Pearls of Parlay", and "The Heathen". London was part of the radical literary group "The Crowd" in San Francisco and a passionate advocate of unionization, workers' rights, socialism, and eugenics.[7][8] He wrote several works dealing with these topics, such as his dystopian novel The Iron Heel, his non-fiction exposé The People of the Abyss, The War of the Classes, and Before Adam.

4.4 out of 5 stars
4.4 out of 5
6,317 global ratings
How are ratings calculated?
To calculate the overall star rating and percentage breakdown by star, we don’t use a simple average. Instead, our system considers things like how recent a review is and if the reviewer bought the item on Amazon. It also analyses reviews to verify trustworthiness.

Simon O'Connor
1.0 out of 5 stars Bad product
Reviewed in Australia on 26 April 2020
Verified Purchase
The language of this download is somehow corrupted. The words used are out of context eg the "banks" of a river are called "financial institutions". There are errors on every page. It is not readable. I have had to put a star rating to submit this, so I have given in 1. It should be 0.
Read more
Helpful
Report abuse

Nathan Dickin
1.0 out of 5 stars Just dont
Reviewed in Australia on 18 November 2019
Verified Purchase
This is terrible it's like someone has translated it into a foreign language then back into English. It's barley readable and certainly not pleasurable. Get the original version of the book rather than this mangled monstrosity.
Read more
Helpful
Report abuse

Amazon Customer
4.0 out of 5 stars great story for all ages
Reviewed in Australia on 15 March 2020
Verified Purchase
Loved the story and the description of the scenery.
Read more
One person found this helpful
Helpful
Report abuse

Simon Whitehead
5.0 out of 5 stars Wild
Reviewed in Australia on 25 February 2020
Verified Purchase
I didn't expect it but this really dragged me in. Wonderful descriptions of the Wild Yukon. I'm ready to head off into the wild now!
Read more
Helpful
Report abuse

Dee.
5.0 out of 5 stars It's a book.
Reviewed in Australia on 11 September 2019
Verified Purchase
It was in good condition and just what the recipient wanted.
Read more
Helpful
Report abuse

Nik
3.0 out of 5 stars Dog Lovers
Reviewed in Australia on 10 February 2018
Verified Purchase
Cruel in parts, heart warming in others. Surprised it was written from a dog's perspective. Because of the cruelty wouldn't recommend to animal lovers.
Read more
Helpful
Report abuse
See all reviews

EG
1.0 out of 5 stars !!Please try a sample first!!
Reviewed in the United Kingdom on 23 January 2019
Verified Purchase
Bought on kindle for about £3.40 without trying a sample. While a genuine copy is a wonderful book the version i bought seemed to have been translated back into English from a foreign language and was basically unreadable. I tried a sample of another and bought it for 99p and it was perfect. In future i wil always try a sample first to check for this type of thing. Surprised Amazon allow this and will contact them.
Read more
20 people found this helpful
Report abuse

sarajay
1.0 out of 5 stars Kindle edition - rubbish! Do NOT buy!
Reviewed in the United Kingdom on 14 January 2020
Verified Purchase
This is so difficult to read! It seems as if it is has been translated from English into Japanese or something, and then back again! I am sure this is not how Jack London penned it! I am just abut getting the gist of the story, but it is not enjoyable. Very, very disappointed. Am going to find out if a kindle book can be returned. Do they not have any copy readers?
Read more
13 people found this helpful
Report abuse

PAUL DAINTON
1.0 out of 5 stars Beware! (unless you're "Yoda")
Reviewed in the United Kingdom on 15 January 2020
Verified Purchase
Jack London's tale is well known, and well crafted. HOWEVER, the original text style is akin to the tale being told by Yoda, or having been translated electronically into English without proof-reading the result (adjectives, verbs, nouns are frequently misplaced, mis-ordered 'inversions, and it is very hard work! This should have been forewarned before purchase. Most current hard-cover or paperback versions (in good bookshops) are as those 'edited' into modern English soon after it was first published. This single factor is enough to change what should be a powerfully-good read into a sad disappointment. Shame on you, Amazon! You need to pay more attention to detail. For example: in the context of an incident on a river the term "financial Institution" is used instead of 'bank'. This is a bad joke AND I WANT MY MONEY BACK!
Read more
8 people found this helpful
Report abuse

Martin Jones
5.0 out of 5 stars Lessons in survival
Reviewed in the United Kingdom on 4 June 2017
Verified Purchase
This elemental story imagines a dog plucked from an indolent early life as a household pet, to become part of a sledge team working in the harsh world of the Yukon during the Klondike gold rush. Struggling to survive, the former domesticated animal begins to regress through past generations to its wolf forebears. The story itself makes a similar journey back into the history, taking the form of the archetypal myth of the hero, where a youngster leaves the comfort of home and heads into the unknown. Writers such as Christopher Vogler suggest that such a story evolved back in the early history of humanity, as a teaching tool to prepare the young to go out beyond the tribe's home territory into a hostile world. In both subject and form, The Call of the Wild reaches back to the time when dog and man first came together, when they were rather similar, hairy creatures struggling for survival. This makes sense of the humanisation of the dog, even though its animal character is closely observed.

I found The Call of the Wild immensely powerful and involving. By the end of it I actually felt bloodied and battered, as though I'd come through a formative experience. The Call of the Wild deserves its status as one of the best novels ever written.
Read more
13 people found this helpful
Report abuse

Jörg Pirie
5.0 out of 5 stars The Call of The Wild by Jack London
Reviewed in the United Kingdom on 29 April 2020
Verified Purchase
An amazing adventure story about a dog called Buck. Buck goes through hell in this book as a man takes him from his home and sells him to become a sled dog. He is a tough one though and never gives up on life. He takes on every challenge with amazing spirit and strength.

As I read Buck's story I admired his never ending motivation to survive. Yet, I hated the brutality in the story and winced a fair few times at the tearing flesh and descriptions of death and injury. Some of the human characters are vile and callous. The sled dogs work hard for little reward or comfort. Buck made me feel grateful for my privileged life. He also showed me that the world is a tough place and you have got to fight to survive.

It's a short story and takes a couple of hours to read.

The Author Jack London wrote numerous other works throughout his life. I will definitely read more of his work. I will never forget the story of Buck. It's made a lasting impression.
Read more
4 people found this helpful
Report abuse
See all reviews
Back to top
Get to Know Us
Make Money with Us
Let Us Help You
And don't forget:
© 1996-2021, Amazon.com, Inc. or its affiliates