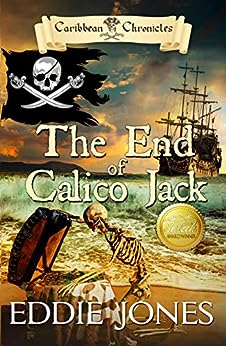 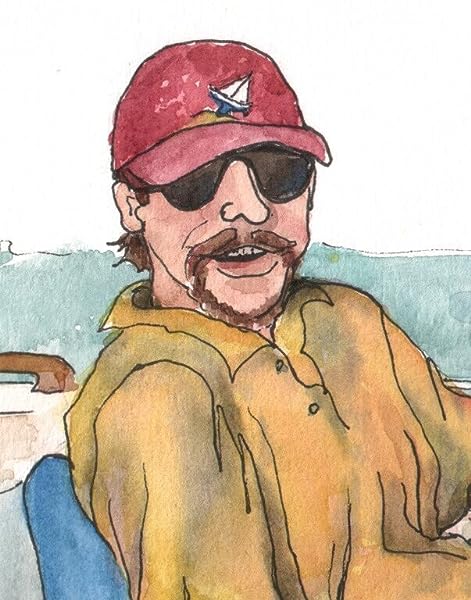 Eddie is an award-winning author of middle-grade fiction with HarperCollins. Father of two boys, he's also a pirate at heart who loves to surf. Eddie's middle grade "Monster Mystery" series is wholesome, humorous reading with a flair for unexpected adventure. The series has a spooky but spiritual message based on real "monsters" (sort of) found in Scripture. Hints at werewolves, ghosts, mediums, vampires, walking dead, mummies, demons, witches, and phantoms are all mentioned in the Bible. But are they real? Nick Caden doesn't think so. In each episode he sets out to prove who the real killer is. The fourth book in the series, "Rumor of a Werewolf", released in June 2019 and took third place in the Selah awards for Middle Grade fiction. "Phantom Gunslinger" released November, 2020. Each book has OFFICIAL CRIMINAL REPORT QUESTIONS so readers can easily complete a book report. "The Caribbean Chronicles" is a humorous time-travel pirate fantasy adventure series. The third book, "The End of Calico Jack," won first place in the Selah awards for Young Adult literature. Book four, "No Good Stede Goes Unpunished" released Dec 1, 2020. All but "No Good Stede Goes Unpunished" and "Phantom Gunslinger" are available as audiobooks. Eddie calls his novels, "fun, fast reads for boys who don't like to read." An avid sailor with a great sense of humor, Eddie has been married to a girl he met at a stoplight in West Palm Beach during spring break for... "too many years," Eddie's wife says. "Not enough," says Eddie. From 2009 to 2019 Eddie served as CEO of Lighthouse Publishing of the Carolinas. He now writes full time and mentors authors. Awards for Middle Grade and YA novels * Winner of the Selah award for tween / teen mysteries * INSPY Award * Moonbeam Children's Book Award Readers Are Leaders - Buy a Boy a Book! Eddiejones.org Pirate-Preacher.com WritersCoach.us eddie@eddiejones.org Twitter.com/EddieJonesTweet Facebook.com/EddieJonesHumor Instagram.com/authoreddiejones --This text refers to the paperback edition.

Mark
5.0 out of 5 stars Just plain great storytelling
Reviewed in the United States on 20 August 2020
Verified Purchase
Young Ricky Bradshaw has a crush on Becky Nance in biology class and wants to impress her. He also suffers from a rare form of epilepsy called “absence seizures”. When an attack hits, he zones out and looks spaced, but in his head he’s having amazing adventures in faraway places -- and returns with evidence such adventures may just be real. “The End of Calico Jack” is a rollicking encounter with historical 18th century pirates of the Caribbean that gives him hope of returning with treasure to impress Becky.

I loved how Ricky’s ironic narrator’s voice is tinged with a hint of witty adolescent sarcasm that makes everything he tells us sound so interesting and desperate. For Ricky, the Caribbean is chaotic and totally out of control in a way most teens will understand from everyday life in high school.

The author clearly knows a lot about not just pirates but the operations of sailing ships and the geology and geography of the Caribbean. He’s too good a writer to unload that expertise on us, but uses it to lend authenticity to an outrageous tale. Well written, a page turner, and lots of fun.
Read more
Report abuse

Tony Parsons
5.0 out of 5 stars YA pirate adventure
Reviewed in the United States on 24 October 2019
Verified Purchase
Ricky Bradshaw has epilepsy. Its not as severe as some PPL’s.
He attends Quiet Cove HS.
Mrs. Dinwiddle has written Ricky up several times for his outburst’s. Of course, some of the kids still make fun of him.
Becky Nance took it upon herself to advocate for Ricky.

A Bradshaw vacation was scheduled for Haiti, Caribbean country, Hispaniola/Dominican Republic islands.
The Grog Shop. Jack Sparrow spoke to Ricky.
He was headed into Willy’s Knee pub.
The scary-looking woman told Ricky she needed crew members.
She was out in search of treasure & didn’t want to encounter the Royal Navy.
There is gold, silver, & precious stones to be found.
The Nuestra Señora de Riqueza (Dutch barque) holds all this booty.
It would be split 75/25.
Andy explained to Ricky what he had gotten himself into.
Mary Read was her name & she was a pirate.

Who will find the treasure hidden in the Nuestra Señora de Riqueza?
What happened on/between 11/16-17/1720?

I did not receive any type of compensation for reading & reviewing this book. While I receive free books from publishers & authors, I am under no obligation to write a positive review. Only an honest one.

A very awesome book cover, great font & writing style. A very well written pirate adventure book. It was very easy for me to read/follow from start/finish & never a dull moment. There were no grammar/typo errors, nor any repetitive or out of line sequence sentences. Lots of exciting scenarios, with several twists/turns & a great set of unique characters to keep track of. This could also make another great pirate adventure movie, an animated cartoon or better yet a mini TV series. There is no doubt in my mind this is a very easy rating of 5 stars.

CRC
5.0 out of 5 stars This was a wonderful story!
Reviewed in the United States on 16 February 2020
Verified Purchase
This story was completely engaging! It's about a high school boy, Ricky, with epilepsy who, as many high school kids, feels like a geek and it gets worse due to his episodes that sends him off into adventures. Even though I haven't read the previous books of this adventure, this book read well as a stand alone book.
I loved this part, such a good line!~ "Except that it wasn't the real Jack Sparrow. Obviously. Disney would never allow the real Jack Sparrow to appear in my story." It made me chuckle!
It was a fun story line with using names we were familiar with from history, it gave a more authentic feel for a pirate story. I would heartedly recommend this book!
Read more
One person found this helpful
Report abuse

Mel M
5.0 out of 5 stars Pirates!!!
Reviewed in the United States on 4 September 2020
Verified Purchase
I thought this was a really good YA pirate adventure story. And even though it’s YA, I think adults would enjoy as well. The story takes you on fast-paced adventures through the Caribbean. The main character, Ricky, sets out in search of treasure, but meets a fair amount of challenges—both external and internal. He suffers from a rare type of epilepsy, and you really become invested in his character right away. I highly recommend this for any reader!
Read more
Report abuse

Scarlett
5.0 out of 5 stars Swashbuckling fun
Reviewed in the United States on 10 August 2020
Verified Purchase
This tale, based loosely on historical events, is a blend of pirate lore, delicious satire, and fast-paced adventure. Never a dull moment among these Carribean pirates. The story is beautifully written and aimed at kids. It is grisley without being serious. Even the many nautical references should be clear to younger readers. And, buried within, is the moral that pirates were not the good guys. A tour de force.
Read more
Report abuse
See all reviews
Back to top
Get to Know Us
Make Money with Us
Let Us Help You
And don't forget:
© 1996-2021, Amazon.com, Inc. or its affiliates