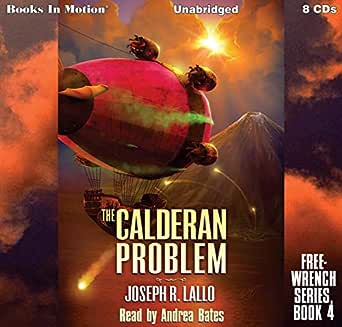 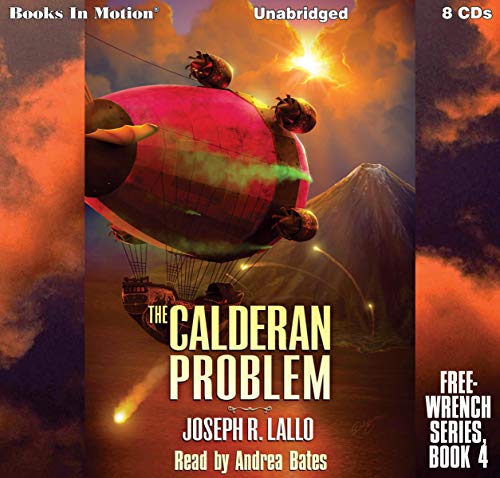 Book Worm
5.0 out of 5 stars Five Stars
Reviewed in Australia on 12 January 2018
Verified Purchase
Fantastic story to be read alone or with the rest of the series. Great writer.
Read more
Helpful
Comment Report abuse

Stepehen
5.0 out of 5 stars Fun action all round
Reviewed in Australia on 29 March 2018
Verified Purchase
Good easy read. Quirky characters. Well written
Found it enjoyable and would like to see the next installment soon please

Paul Woodhouse
5.0 out of 5 stars Another excellent adventure
Reviewed in the United Kingdom on 16 January 2019
Verified Purchase
Really enjoyed another outing with the Windbreaker and crew. Story was a little more segmented with the crew in different places and all coming together at the denouement. Some interesting character development, especially between Dr. Prist and Gunner. Think the pace was a little slower in this book than in the other three, but suffice to say if you have enjoyed the free - wrench series, then you then you will find little fault in this welcome addition.
Read more
Report abuse

Putney Hill
1.0 out of 5 stars Think of it as a penance for enjoying the light hearted fun of the first three books
Reviewed in the United Kingdom on 12 February 2020
Verified Purchase
I enjoyed the previous three books in the series. This is staggeringly dull in comparison. Fully 50% of the book is the meet and greet of the crew and the tiresome Calderans (essentially the most tedious version of arty californian). What they ate where they sat and how they express themselves through the medium of dance and the visual arts. Reading the book is nearly as dull as attending the event itself.
Read more
Report abuse

Black Invader
5.0 out of 5 stars Excellent
Reviewed in the United Kingdom on 12 January 2018
Verified Purchase
Now I am worried, the author hasn't given any clues as to the next book in the series, and I am positively hopping and hoping it'll appear somewhere soon.
Read more
Report abuse

Peter Hughes
5.0 out of 5 stars The calderan problem.
Reviewed in the United Kingdom on 13 December 2017
Verified Purchase
Joseph Lallo has produced another good story Ann hour the Wind Breaker and it's crew of misfits. An excellent plot with a satisfying conclusion.
Read more
Report abuse
See all reviews
Get FREE delivery with Amazon Prime
Prime members enjoy FREE Delivery and exclusive access to movies, TV shows, music, Kindle e-books, Twitch Prime, and more.
> Get Started
Back to top
Get to Know Us
Make Money with Us
Let Us Help You
And don't forget:
© 1996-2020, Amazon.com, Inc. or its affiliates