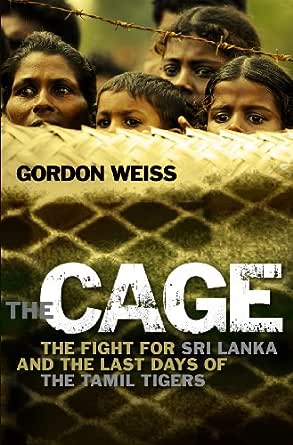 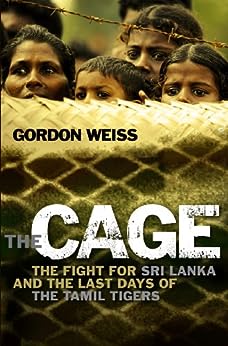 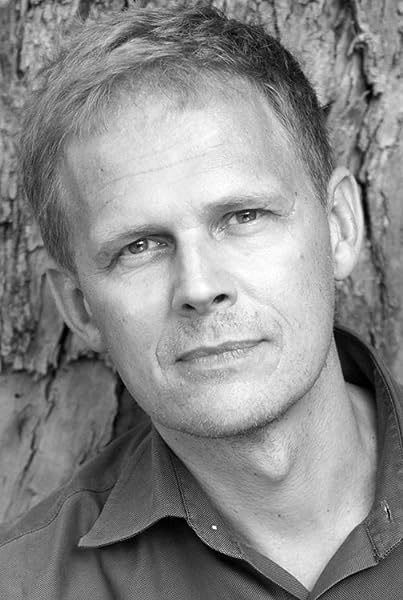 "An excellent account of how [the government] victory was won, and of the price paid for the present peace by Sri Lankans. . . . scrupulously fair." --"Economist""One of the best books published by an Australian this year . . . Himself the grandson of a man who was murdered in Auschwitz, Weiss is aware of the thin line that separates civilised societies from those that sink into collective madness governed by hatred." --"Spectator""[Weiss] writes with passion and a depth of knowledge . . . "The Cage" is a courageous document that holds to account the brutality of a rogue state that is all too often simply seen as a beautiful tourist destination." --"Sydney Morning Herald""A striking account of the ruthless terror wreaked by both sides on the innocent civilians." --"Sunday Times""[A] painstakingly researched and referenced study, and [Weiss'] conclusions are nothing short of horrific." --"Scotsman""A fair and brilliantly written tour de force of this long forgotten war. A book that is long overdue."--ROMA TEARNE, author of "The Mosquito" --This text refers to an out of print or unavailable edition of this title.

Once known for its exquisite tea, drowsy climate, and amiable people, Sri Lanka was the Indian Ocean jewel of the British Empire. After independence, the island enjoyed a booming economy and a liberal parliamentary democracy. It had a judiciary, a lively independent press, and a stability envied by emerging nations. The world expected a leader amongst nations.

Instead, in pursuit of power and fundamentalist Buddhism, an oligarchy of Sinhalese political leaders and monks hijacked democracy. In response a ruthless enemy was born: the Tamil Tigers. The result - one of modern history's longest civil conflicts - spawned a host of horrific innovations: suicide bombers, child soldiers, death squads, violent Buddhism and murdered journalists.

But ethnic conflict is only part of the story.

Twenty-seven years on, with Iran, Burma, Libya, and China as its closest allies, democracy has been reduced to a cabal of brothers who control the economy, the courts, and the media. Today they tout their bloody victory over of the Tamil Tiger guerrillas as an example for other nations with 'terrorist' problems.

Gordon Weiss, a veteran journalist and UN official for two decades, was firmly entrenched in the conflict as spokesperson for the United Nations in Colombo. He was a close observer as, in just four months in 2009, tens of thousands of civilians perished along with the last of the Tamil Tigers. His account unravels the compelling history that leads up to that horrific episode, peeling back the Sri Lankan government's cloak of silence to reveal the truth of those tragic events.

The Cage offers a rare glimpse into the reality behind the daily headlines: the inner workings of media manipulation, and the plight of international aid workers struggling to provide humanitarian assistance to those caught in the crossfire of a deadly civil conflict.

Gordon Weiss was the United Nations Spokesman in Sri Lanka for two years during the recent civil war. For two decades he worked as a journalist and for international organisations in numerous conflict and natural disaster zones. He is currently a Visiting Scholar at the University of Sydney, Australia.

Gordon Weiss was the United Nations Spokesman in Sri Lanka for two years during the recent civil war. For two decades, he worked as a journalist and for international organisations in numerous conflict and natural disaster zones. He is currently a Visiting Scholar at the University of Sydney, Australia. Twitter @gordonkweiss / www.gordonweissauthor.com --This text refers to an out of print or unavailable edition of this title.

The death of a democracy, the suppression of a people, the fight for Sri Lanka. --This text refers to an out of print or unavailable edition of this title.
Read more

Anne wglin
5.0 out of 5 stars Read it and be positively challenged
Reviewed in the United Kingdom on 1 April 2015
Verified Purchase
I found this book thought provoking, informative and well balanced. It was hard reading of the hardships, persecution and powerlessness experienced by so many but it gave me a good understanding of the country and it's peoples whilst I visited. The parallels with other countries and oppressed groups within the world made me reconsider so many of my assumptions. Detailed reference to the impact of the more powerful nations helps the reader apply international relations to a real situation.
Read more
3 people found this helpful
Report abuse

slowlearner
5.0 out of 5 stars brilliant book on sri lanka.
Reviewed in the United Kingdom on 1 October 2015
Verified Purchase
bought as a present. they loved it.
Read more
Report abuse

D A BUTTLE
5.0 out of 5 stars very pleased.
Reviewed in the United Kingdom on 3 August 2014
Verified Purchase
As described, fast delivery, very pleased.
Read more
Report abuse
See all reviews
Get FREE delivery with Amazon Prime
Prime members enjoy FREE Delivery and exclusive access to movies, TV shows, music, Kindle e-books, Twitch Prime, and more.
> Get Started
Back to top
Get to Know Us
Make Money with Us
Let Us Help You
And don't forget:
© 1996-2020, Amazon.com, Inc. or its affiliates