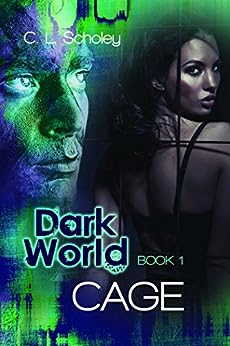 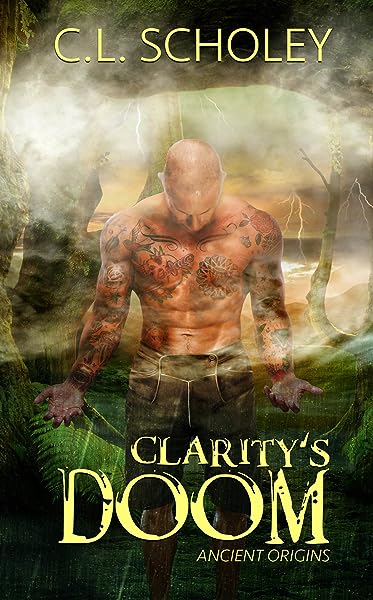 April 2013: Author C.L. Scholey is named 2012 Torrid Books Author of the Year, and her book SHIELD [NEW WORLD BOOK 1] is awarded the Torrid Book of the Year! Included in C. L. Scholey's accomplishments with Torrid Books are six Number One Bestsellers through early 2013, including all five to-date NEW WORLD series releases. In April 2013 C. L. was awarded the prestigious Torrid Books AUTHOR OF THE YEAR Award, only the third author to win the award in ten years (Linda Mooney and Angela Castle are the other two). C.L.'s SHIELD [NEW WORLD BOOK 1] has also been named the 2012 Torrid Book of the Year! AUTHOR BIO ; C. L. Scholey lives in her Ontario home with her family and bearded dragon, Crunchy. She is currently working on a new novel. She loves to hear from her readers so drop her an email at clscholey@hotmail.com and check out her web page www.clscholey.com --This text refers to an alternate kindle_edition edition.

3.8 out of 5 stars
3.8 out of 5
77 global ratings
How are ratings calculated?
To calculate the overall star rating and percentage breakdown by star, we don’t use a simple average. Instead, our system considers things like how recent a review is and if the reviewer bought the item on Amazon. It also analyses reviews to verify trustworthiness.

THoang
3.0 out of 5 stars Read only if you think incontinence is sexy
Reviewed in Australia on 10 March 2015
Verified Purchase
I highly anticipate any C.L. Scholey book and bought this as soon as it was released without reading the blurb. Usually a C.L. Scholey book has strong world building, tender alpha males and solid heroines. Cage, unfortunately fails in all these aspects.

Earth's fate is very different from the wreckage depicted in the New World and Uneartly World series. Earth is still livable and humans have come to cherish children to the point of obsession. Every child has a privileged education which includes international travel and experiences at the cost of interactions with the environment due to perceived threats. Earth also has a commercialism/consumerism issue where people are obtaining new products when the last one is only months old. This causes a waste disposal issue on Earth, where the solution is to dump these near-new items into space (no mention though, about where the resources were sourced from to create these products). The result is a generation of spoilt, smart arsed, phobic, wasteful and socially irresponsible people.

Cyra, our heroine, is one of Earth's best computer somethings. We never really know what she does, whether she's a computer engineer, programmer, analyst or heck, a tech support operator. All we know is that she's brilliant. She's also quite charmless and annoying with a perchance to piddle herself when she's scared. Honestly it's the most unromantic and unsexy thing when the heroine is pissing herself for the first 50% of the book.

On the other hand, our hero Cage is the leader of his group of warriors of the Cloud Flyer tribe. As the leader, he was born by parents whereas his tribe were created and ejected from a sacred mountain where everyone except leaders are created. Cage is conscious of this biological clock ticking and cooks up a plan to steal a woman from another tribe to mate with despite knowing that there is only one woman created from the mountain for each leader and that by doing this, he is tearing up the social fabric of his world.

While I'm relieved that there is no instalove or instalust in this series so far, I just can't get into a story where the hero gets his kicks out of terrifying the heroine into peeing herself just so that he can harvest her fears so that he can transform into these creatures and threaten other tribe leaders when stealing their women. That's kinda low in my estimation.

From about the 60% mark, the story did get better once Cage committed to the fact that Cyra was his mate and stopped scaring the s*** out of her, but it wasn't enough to redeem the book. It is revealed towards the end that Cyra is part of a bigger picture in the upcoming war and that somehow her computer skills are transferable for a spaceship engineer's as she starts building a spaceship from rubbish. We also conveniently learn that she's been forewarned of the upcoming battle through a series of dreams she had as a kid where she played with the heroines of the future books in this series.

If you haven't picked it up from my review yet, this was a really far fetched plot with weak, unlikeable characters. I don't think I'll follow the Dark World series and implore C.L. Sholey to focus on her New World/Uneartly World books instead.

Christy Ganter
3.0 out of 5 stars Not c. l. Scholeys best
Reviewed in Australia on 27 February 2015
Verified Purchase
I bought this book because it was written by C. L. Scholey. However i was left scratching my head say "what the hell". The book started great but quickly fizzled out.
Read more
Helpful
Report abuse
See all reviews

Just Jules
4.0 out of 5 stars I nearly peed myself laughing in some places...which is just so apt
Reviewed in the United Kingdom on 25 February 2015
Verified Purchase
Ha ha ha. What an amusing little book this was. I wasn't sure I should try it based on one or two poor reviews however I'm glad I took the chance as it's full of humour and charm and will make a decent series. I found Cage's world both surreal and intriguing although I'm doubtful Earth has the natural resources to be quite as wasteful as it is in Cyra's reality.
Read more
Report abuse

Kindle Customer
1.0 out of 5 stars No thank you!
Reviewed in the United Kingdom on 11 April 2015
Verified Purchase
not going to waste my time with anymore Scholey books. They start off promising then the character turn into friggin adolescents and start doing immature crap, or in this case our heroin just keeps pissing herself! WTF!
Read more
Report abuse

Hil
5.0 out of 5 stars Mate from the star
Reviewed in the United Kingdom on 14 March 2015
Verified Purchase
This first book was brilliant and I'm looking forward very impatiently for the next book in the series I know I will enjoy it as well.
Read more
Report abuse

Caroline
5.0 out of 5 stars great story
Reviewed in the United Kingdom on 18 March 2015
Verified Purchase
I really enjoyed this story love a good story plus the romance keeps you interested you have to read to the end can't put it down thanks look forward to an other good book from c l scholey
Read more
One person found this helpful
Report abuse
See all reviews
Back to top
Get to Know Us
Make Money with Us
Let Us Help You
And don't forget:
© 1996-2021, Amazon.com, Inc. or its affiliates