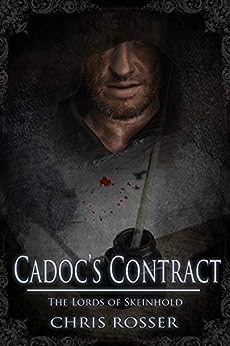 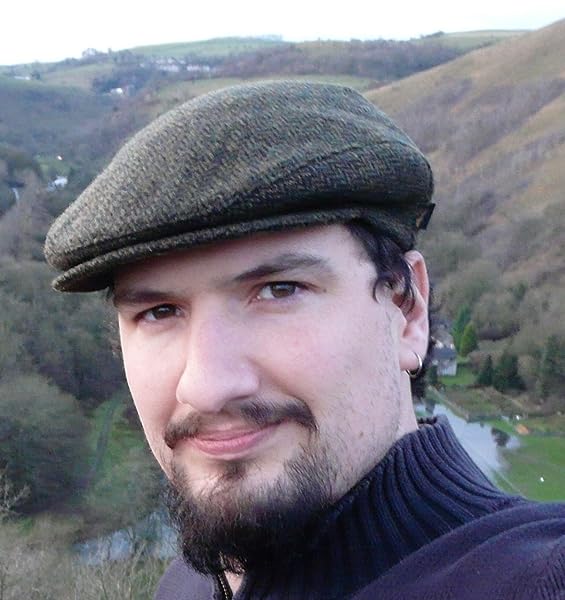 Mark Timmony
5.0 out of 5 stars Lover's of good fantasy should have Rosser on their radar.
Reviewed in Australia on 19 March 2019
Verified Purchase
If you read my review of Rosser’s debut novella, The Weaver’s Boy (which chronologically is the sequel to this book) you might recall that I felt it echoed some of Goethe’s The Sorcerer’s Apprentice, I could easily say that this novella has the hallmark of a Greek tragedy and makes me wonder if Rosser has had a classical education. Don’t get me wrong, he’s not copying anyone, it’s just a timeless quality to his stories that evokes a half forgotten dream, or a memory of childhood. And to my mind that is a brilliant!

It’s hard to pin Rosser down stylistically for that exercise of comparing his work to any other author on the market today. In fact, I don’t think you can. There is that ‘classic’ feel to the core of his tales but the stories themselves are new and confidently crafted. He is definitely blazing his own trail. If I had to offer any comparisons, I might suggest one to Katharine Kerr in her Deverry novels, but I think that is likely the Celtic/Welsh stylistic influences in some of the localised world building coming through. Rosser’s work is fresh and compelling and with a timeless quality that will bolster his work against the test of time.

Cadoc’s Contract is an enticing read that further cements Rosser – for me – as one of the new breed of rising stars on the Aussie Spec-fic scene. There is a very visceral feel to Rosser’s writing, all the senses are brought into play and he doesn’t shy away from the grittier side of human physiology – it’s not overdone by any means, but it adds a touch more realism that heightens the experience.

With a sure and confident hand Rosser weaves his tale with the same skills as the mystical ‘weavers’ in his world, enthralling the reader with strong and heartfelt characters, engaging dialogue and heart pounding fight scenes.

Cadoc’s Contract, and The Lords of Skeinhold series, is something all lovers of good fantasy should have on their radar. Chris Rosser is an author to watch.
Read more
Helpful
Report abuse
See all reviews

D.H. St. Martin
5.0 out of 5 stars Ulysses in Brief
Reviewed in the United States on 21 April 2019
Verified Purchase
I’m a fan of Chris Rosser. His The Weaver’s Boy was a delightful look into his forthcoming The Lords of Skeinhold, and Cadoc’s Contract, a prequel to The Weaver’s Boy, does not disappoint as a new addition to the series.
It’s a rough tale peopled with soldiers whose lives, like those of all soldiers, have not been easy. The story begins on a ship bringing Captain Cadoc and his men back home from war, and Rosser has a gift of phrasing that puts the reader on the ship as it fights its way through a storm with our hero on board. We can feel what Cadoc feels, and as we learn more about the bargain hinted at in the title and then the first chapter, we begin to recognize he’s paid and is still paying a high price for his own survival in the war, and it’s begun to wear on him.
Rosser is a consummate wordsmith. His metaphors and similes are perfection, and his ability to draw us into the moment with the hardened-soldier voice of his narrative evokes all the right emotions. Cadoc is a warrior returning home from war. It’s Ulysses in brief, and although he’s only been gone a year, it’s as though a lifetime has passed.
In brief, Cadoc’s Contract is one fun ride.
Read more
2 people found this helpful
Report abuse

Bryce Wray
5.0 out of 5 stars Not a fantasy fan? You’ll still love it.
Reviewed in the United States on 17 May 2019
Verified Purchase
You say you’re not into fantasy? Nor am I. Yet _Cadoc’s Contract_ — like its predecessor, _The Weaver’s Boy_ (of which _Cadoc’s Contract_ is a prequel) — is an all-too-brief yarn of that genre which you’ll love. The rough-hewn world and painstakingly shaped characters Chris Rosser brings to life so evocatively in this latest of his _The Lords of Skeinhold_ series are captivating.

One oft-quoted rule of writing is that you have to make the reader care. Rosser accomplishes this with seeming ease, page after page, as he tells us of Cadoc, a tough yet inwardly tortured leader who’s simply trying to get his men home from their miserable, deadly campaign against a distant enemy. As for **why** Cadoc is tortured: that’s what the “contract” — not to mention with whom (or what) he made the deal — is all about. We all make difficult bargains to negotiate our ways through life, and Cadoc is no different. Perhaps that’s why he’s so compelling a character: he’s discomfitingly too much like each of us, as Rosser's powerful narrative skills reveal along the way while Cadoc and his men struggle to get back to Skeinhold with their lives — and at least some of their honor — still intact.

Another rule of writing is to leave the reader wanting more; and, at the end of _Cadoc’s Contract_, you’ll find that Rosser has won that struggle, too, even if you initially thought it was fantasy to believe you could feel that way about, yes, a fantasy novel.
Read more
Report abuse

Troy H
5.0 out of 5 stars Characters and world building with a Celtic influence
Reviewed in the United States on 22 March 2019
Verified Purchase
Strongly developed characters in a small package help advance this story. This prequel to The Weaver's Boy sets the stage of what looks to be an epic dark fantasy series. Rosser mixes the beginning of an epic fantasy setting, in with strong narrative, and - as mentioned previously - strongly developed characters along with a healthy dash of Welsh flavour and style to create a world with much promise. I look forward to seeing the world of Skeinhold unfold as the author releases more in this series.
Read more
Report abuse

Susan Bradley Skov
5.0 out of 5 stars Skeinhold!!
Reviewed in the United States on 19 March 2019
Verified Purchase
I’m tempted to compare this series to other great works of epic fantasy, but it is, like them, entirely its own. I am already deep in Rosser’s world. I only want to go deeper.
Read more
Report abuse
See all reviews
Back to top
Get to Know Us
Make Money with Us
Let Us Help You
And don't forget:
© 1996-2021, Amazon.com, Inc. or its affiliates