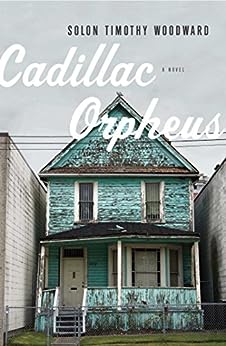 Dion Graham brings Woodward's unorthodox tale to life in this inspired reading so realistic and enjoyable it makes listeners feel as if they're eavesdropping on the Toaks family of Johnsonville, Fla.
"Publishers Weekly" "

Just sit back and go for a joy ride with narrator Dion Graham in the driver's seat. . . . Savor the richness of his dialect-smart reading, the way his voice slides over speech rhythms, and his mini-portraits of the large cast of characters.
"AudioFile" " --This text refers to an alternate kindle_edition edition.

In a town called Johnsonville on the northern Florida coast, a family called the Toaks have pushed every possible social boundary to its logical extreme for three generations. Feddy Toak, in his forties, is a medical school dropout, recovering alcohol and cocaine addict, and former handyman. His father, Teo, is one of Johnsonville's most prosperous bail bondsmen, slumlord, and idol to a diminishing old guard of hustlers and con men. Jesmond Toak, Feddy's son, haunted by his father's violent past and current failures, is turning toward the low road.
The entire city seethes with schemes and intrigue. Suicides and murders, infidelities and violence mount and converge with shattering precision on the eve of a hurricane, forcing the entire community to struggle with its demons and search for some chance at redemption.
Chronicling a slice of American landscape and culture with rare levels of depth and originality, "Cadillac Orpheus" defies categorization: it is by turns exuberant, terrifying, hilarious, brave, brazen, and, above all, wondrous." --This text refers to an alternate kindle_edition edition.

Solon Timothy Woodward studied philosophy and biology at Harvard and holds a degree in medicine from the University of Virginia. His short fiction has been nominated twice for the Pushcart Prize. A practicing physician, he lives with his family in Jacksonville, Florida.

DN
3.0 out of 5 stars Story line didn't grab me, but it was well produced and well read
Reviewed in the United States on 21 May 2014
Verified Purchase
This just wasn't to my taste. It didn't correspond to the reviews I read online. But the CD set was well produced and well read, a good production. I donated my set to the local library for their book sale, and I'm sure someone will purchase and enjoy it even if I didn't.
Read more
Report abuse

Zelda
2.0 out of 5 stars not as reviewed...
Reviewed in the United States on 12 April 2011
Verified Purchase
Purchased this title after reading a favorable review in Sunday paper. Tried to read it but didn't hold my attention as promised in review. May try again sometime later or donate so perhaps someone else may find what the reviewer did.
Read more
Report abuse
See all reviews
Back to top
Get to Know Us
Make Money with Us
Let Us Help You
And don't forget:
© 1996-2021, Amazon.com, Inc. or its affiliates