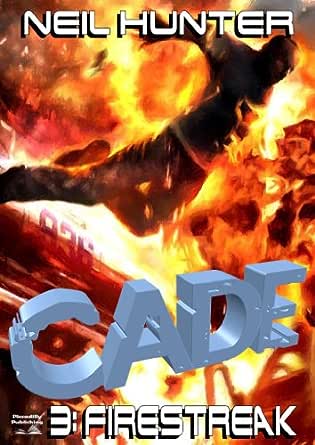 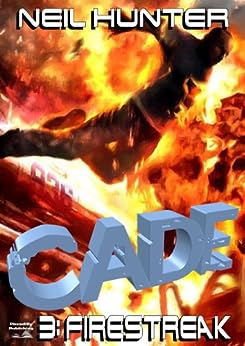 KILLZONE
In the 21st Century nightmare of violent cities, mutant-ridden Chemlands and lawless Outlands, marshals like Thomas Jefferson Cade carry a badge, a gun and a burning sense of justice.

Cade and his cyborg partner Janek – as cool and orderly as Cade is hell-bent for leather – are assigned to nail Loren Brak, a renegade drug dealer heading west to start his own empire. Brak and his shock troops made a formidable enemy, as does the assassin hired by shadowy New York financiers to reclaim the booty stolen from them by Brak.

Surrounded on all sides by hostile forces, the Justice marshals follow the bloody and violent trail across country to the electronic wonderland of Los Angeles … and enter the killzone, guns loaded, targets in sight.

Neil Hunter is a pseudonym of the prolific Lancashire-born writer Michael R. Linaker. As Neil Hunter, Mike wrote two classic western series, BODIE THE STALKER and JASON BRAND. Under the name Richard Wyler he produced four stand-alone westerns, INCIDENT AT BUTLER’S STATION, THE SAVAGE JOURNEY, BRIGHAM’S WAY and TRAVIS. Another western, HIGH KILL, was later published in the SUNDANCE series as BOUNTY KILLER. His western output can also be found under the names ‘Dan Stewart’, ‘John C. Danner’ and ‘Frederick H. Christian’, the latter name employed when he ghost-wrote an additional five titles in Frederick Nolan’s popular FRANK ANGEL series. Mike has written three ‘nasty’ horror novels under his own name, but since the late 1980s has become best-known as one of the most popular contributors to Gold Eagle’s MACK BOLAN series, chronicling the adventures of PHOENIX FORCE, THE EXECUTIONER and STONY MAN, as well as his own action-adventure series, CADE.

Matthew Higgins
4.0 out of 5 stars Another Cade Action-Mystery
27 March 2014 - Published on Amazon.com
Verified Purchase
This is another Cade action-mystery near future science fiction read. Like its predecessors, Darksiders (A Cade Adventure) and Hardcase (A Cade Adventure), the story told in Firestreak moves along at a good clip. This Cade novel is also interesting as due to the case that Cade and Janek work on sees them leaving the greater New York area and thus it gives glimpses of the larger post-Chemical Wars America that Hunter developed for the series.
Read more
Go to Amazon.com to see all 1 reviews 4.0 out of 5 stars
Get FREE delivery with Amazon Prime
Prime members enjoy FREE Delivery and exclusive access to movies, TV shows, music, Kindle e-books, Twitch Prime, and more.
> Get Started
Back to top
Get to Know Us
Make Money with Us
Let Us Help You
And don't forget:
© 1996-2020, Amazon.com, Inc. or its affiliates