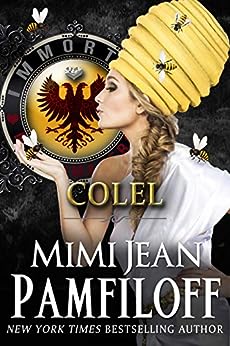 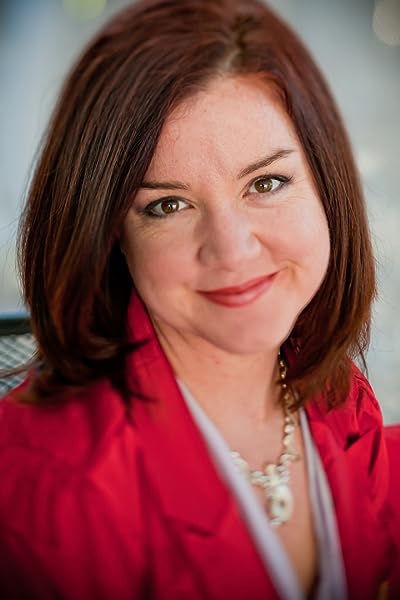 4.7 out of 5 stars
4.7 out of 5
163 global ratings
How are ratings calculated?
To calculate the overall star rating and percentage breakdown by star, we don’t use a simple average. Instead, our system considers things like how recent a review is and if the reviewer bought the item on Amazon. It also analyses reviews to verify trustworthiness.

Louise H - "Life In The Book Lane" Book Reviews
5.0 out of 5 stars 4.5 loved it stars
Reviewed in the United Kingdom on 16 April 2019
Verified Purchase
How do I describe this book, and series? Well it's a mash-up of paranormal, zombie apocalypse (without the zombies but with rabid immortals instead) and rom-com.
So a very run-of-the-mill book, not😉

The Immortal Matchmakers books can be read stand-alone, though there is also a story arch that runs throughout the series. Having read only two of the five books (this and book #4), I can tell you from personal experience that you quickly pick up the threads that run throughout them all, plus there is a glossary of characters at the back of the book to help you keep all those Gods, Goddesses and other Immortal Beings in order. Well possibly all of them except Cimil, no one's keeping her in order.

If you read this (and you really should) you will be getting a REALLY fun read that will have you giggling at it's silliness - including all the very many 'bee' puns. It's also very well written, incredibly snarky, has a really engaging story, some unexpected twists and turns and a lot of sexual frustration followed by some scorching hot sex. Outside. Against a truck at one point.

[He] was like an immortal manly soup that nourished her down to the tips of her golden hair.

As with a lot of paranormal books it's written in the third person, and it definitely needs to be because we get the view point of quite a few different characters, including some from previous books. Again you really don't need to have read those books, the author cleverly weaves information into this so that you can keep up with the story. It also means you don't need to re-read previous books to keep up with the plot. That said most of the book focuses on Colel, her massive attraction to Rys and all the obstacles that the Universe (who was either more sadistic than ever, or the damned woman had finally cracked) put in their way.

Now whilst MJP likes to give us a happy ending, she isn't averse to making her characters and readers suffer along the way to said HEA. In fact I get the feeling that she likes nothing better than torturing her readers by dangling love, peace, harmony and all that jazz just in front of your nose, then snatching it away again as she cackles hysterically about it. For instance Zac and Tula - talk about give with one hand and take away with the other!

I don't beelieve that there's much more to say. It's a fun book, more plot than character driven, fast paced, silly and a great read. This is a quote that nicely sums up what you'll be getting for your well spent coin.

The woman's mouth fell open to the fully slack position as she took in the enormous beehive atop Colel's head.
"Oh no. Don't do that. Chuck will think it's an invitation."
He loved the warmth of a good human mouth or , really, any human orifice.
Such a pervy little thing

StorySara
5.0 out of 5 stars Outrageously funny!
Reviewed in the United Kingdom on 24 June 2020
Verified Purchase
I just love Mimi’s style of writing. It’s just so outrageously funny and totally original. To be honest I wasn’t sure about this book and if florist Rhys was going to be able to measure up to the alpha hero’s of the previous books in the series, so I put off reading it for a while. Big mistake, it’s every bit as good as it’s predecessors! One of the best bits for me, was how Colel’s bees all had names and were such strong characters. So funny when they tried to thwart her! I also really like the snippets about Zack and Tula’s relationship, which again were very funny.
Read more
Report abuse

Rebecca M
5.0 out of 5 stars Mistress of Bees vs an allergic mate
Reviewed in the United Kingdom on 27 August 2019
Verified Purchase
When the Mistress of Bees meets her highly allergic to bees mate what can possibly go right?? Only fate could be that cruel.

I love Mimi's mind and how her characters overcome any barrier to be with their mates, even otherworldly beings and curses, and in this case allergies. So glad Colel got her mate and cannot wait for the next instalment of our Immortal Matchmakers.
Read more
Report abuse

Chanelle Tahir
5.0 out of 5 stars Love!!!
Reviewed in the United Kingdom on 15 February 2020
Verified Purchase
Absolutely love this series! Cannot wait for the next one! So glad I was Colels turn, such a brilliant story! Please dont end with Brutus
Read more
Report abuse

Goddess
5.0 out of 5 stars As expected
Reviewed in the United Kingdom on 9 November 2019
Verified Purchase
Yet another satisfying read from my favourite author. I would expect nothing less. Mimi loves to spoil her readers rotten.
Read more
Report abuse
See all reviews
Back to top
Get to Know Us
Make Money with Us
Let Us Help You
And don't forget:
© 1996-2021, Amazon.com, Inc. or its affiliates