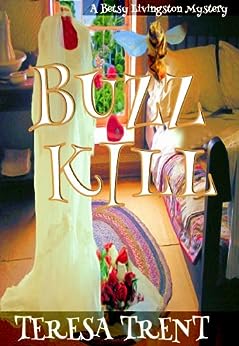 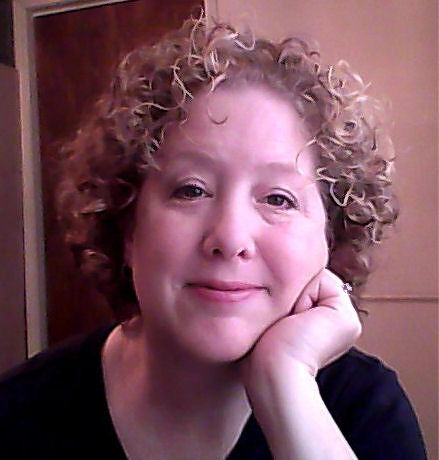 Teresa Trent writes the Piney Woods and the Pecan Bayou Mystery Series from Houston, Texas where she loves the people and even the weather. Teresa includes Danny, a character with Down Syndrome in her Pecan Bayou family and in real life is the mother of an adult son with Down Syndrome/PDD. Creating the character of Danny and all of the other inhabitants of Pecan Bayou has been a joy for her. Even though she lives in the big city, her writing is influenced by all of the interesting people she finds in small towns and the sense of family that is woven through them all.

Kindle Customer
4.0 out of 5 stars Good
Reviewed in the United States on 31 August 2013
Verified Purchase
4 STARS
This is the 4th book in the Pecan Bayou series by Teresa Trent. It is the first one I have read. I enjoyed it. I did guess the killer but I had decided I was wrong. Had no idea of why but it made sense.
The characters were well developed. I feel I missed a little of it because I had not read the other books. I was afraid of not knowing if Betsy and Leo were a great match when they were not answering questions of where they would live after the wedding.

I liked Betsy and could understand not knowing how to say anything to her mom how she really felt.
I wish the novel was a little longer to answer some of my questions I still have. Not about who or why so so was murdered. One question is when did Leo talk to Betsy's mom?
Everyone says it is Betsy who finds bodies but Leo was the one to find it. Though Betsy was close by.
I like Leo that he was willing to raise his sister's son. That he was being supportive to Betsy and trying to give her the wedding she wanted.
The murder did not happen right off in the story. The first part of the story was about trying to get the plans all set up for the wedding. Her surprise visitor showing up and wanting to help plan the wedding. You wanted things to workout for Betsy and Leo wedding day.

There was plenty of drama, wedding and murder drama, some funny scenes. It was a clean read and a quick read.
I look forward to reading another Teresa Trent book in the future.
I was given this ebook to read and asked to give honest review of it and be part of its blog tour.
Read more
One person found this helpful
Report abuse

Laura®
4.0 out of 5 stars Another mystery for the Happy Hinter
Reviewed in the United States on 5 August 2013
Verified Purchase
It may not be cool or fashionable, especially amongst noir aficionados, but I’ll admit it: I love a good cozy mystery. I grew up on copies of Lillian Jackson Braun’s The Cat Who… mysteries, passed along to me after my cat-loving aunt read the latest installment. I devoured all the lady heroines I could find at the public library, whether they were sexy redhead PIs or knitting grannies who just happened to solve crimes. And lately I’ve been into the Tattoo Shop mysteries by Karen E. Olson, as well as the Dead-End Job series by Elaine Viets.

In short, I am a fan of crimes solved by armchair detectives and amateurs.

Who knows why this genre particularly appeals, but it’s probably something to do with being the type who likes to kick back and psychoanalyze people and their motives, particularly in relation to all their misdeeds. I may not always be right, but I do love to spin my theories about whodunnit and why.

So when I got the chance to take a look at Buzzkill, the latest in the Pecan Bayou series by Teresa Trent, I snatched it up like a bloodhound on the scent.

Having recently fled the state of Texas in search of balmier climes (i.e. California), I was hesitant to be drawn back into Texan fiction. But since Pecan Bayou doesn’t really exist, I decided to throw caution to the sea breezes and give it a chance.

Even if you haven’t read A Dash of Murder and Overdue for Murder (books one and two in the series), you’ll be able to hop right in. Betsy Livingston, aka “The Happy Hinter,” is about to be married to her meteorologist fiancé, Leo, and nothing is going smoothly. Despite her role as a professional household hints columnist for the local paper, Betsy is totally disorganized about her “simple” wedding – scheduled for February 14 – until a resourceful aunt steps in and hooks her up with a professional wedding planner. The day is saved! Except, not really. Betsy begins to feel even more discombobulated as her wedding planner, Mr. Andre, sends her scurrying from one meeting to another, tasting cakes, selecting reception venues, and even nailing down the minister at the church about a time slot for the big date. She’s scatterbrained, all right, but is she capable of… murder?

When Betsy’s original wedding florist turns up dead after she rejects him in favor of Mr. Andre’s preferred vendor, townsfolk start to buzz about his death by bee-sting. In fact, the florist was using one of Betsy’s own homemade potions (calamine lotion, to be exact), and all signs point to a happy housewife gone mad. But was it Betsy’s recipe that did him in, or the florist’s wife who made it with a group of fellow church ladies?

Could a church-going woman really resort to murder? Or is something more nefarious afoot in little ol’ Pecan Bayou?

With a large cast of characters for such a small town, Buzzkill pokes gentle fun at bridezillas, small town life, and grumpy old men. Toss in a little family drama (Betsy’s long-estranged mother makes her first appearance a month before the wedding, attempting to shanghai it), dueling weddings (Prissy Olin is set to marry the mayor’s son on the same day), some about-to-be-newlywed strife (will Betsy have to leave her beloved Pecan Bayou for big-city Dallas?), and you’ve got one potboiler of a mystery a-bubbling.

While at first I thought I had spotted the murderer on her original appearance, by the end of the book I realized I had fallen prey to a red herring. Well played, Ms. Trent! All of the characters were fun and well-drawn, even as they played on some typical stereotypes like the rampaging bride, gay wedding planner, and nosey newspaperman. The story itself is engaging (who doesn’t love weddings?), and generally well written, despite a couple of small continuity issues (when did Betsy acquire a dog?). I enjoyed the concept of a small-town columnist getting tangled up in mysteries, especially with her father as the head of the town’s police force, and the possibility that this small-town girl would be uprooted for a bigger city with more chances to solve crimes in another location.

And, I have to admit that while I’m still not the biggest fan of Texas, this book does have that southern charm that reeled me into making my home in Austin in the first place. Wildflowers, German food and drink, and a relaxed pace of life? Check.

So who’s behind the dirty deed, and will Betsy’s wedding day be foiled by the prissy Prissy? You’ll have to read Buzzkill yourself to find out.
Read more
Report abuse

Kindle Customer
4.0 out of 5 stars Always entertaining
Reviewed in the United States on 2 August 2013
Verified Purchase
I love this series. Betsy's wedding is coming up and she has her hands full of shifty vendors, possible move to another city, an outrageous wedding planner, competition from a bridezilla, the return of her long lost mother, and of course murder. I encourage anyone who loves small town cozy mysteries to add this book to their shelves.
Read more
Report abuse

AnnE.
4.0 out of 5 stars Fun cozy mystery
Reviewed in the United States on 7 August 2013
Verified Purchase
This is the first book I have read by this author but it won't be my last. It was a fun read and a great mystery. I loved the characters and there were lots of twists and turns that kept me guessing until the final pages. I look forward to reading the other books in the series.
Read more
Report abuse
See all reviews
Back to top
Get to Know Us
Make Money with Us
Let Us Help You
And don't forget:
© 1996-2021, Amazon.com, Inc. or its affiliates