$20.73
And FREE delivery on eligible orders. See details and conditions
Sold by: Amazon AU
Flip to back Flip to front
Listen Playing... Paused   You're listening to a sample of the Audible audio edition.
Learn more
See this image 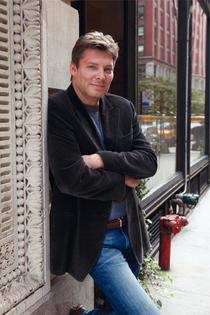 ANDREW GROSS is the New York Times and internationally bestselling author of several novels, including No Way Back, Everything to Lose, and One Mile Under. He is also coauthor of five #1 New York Times bestsellers with James Patterson, including Judge & Jury and Lifeguard. His books have been translated into over 25 languages. He lives in Westchester County, New York, with his wife, Lynn. They have three children.

4.6 out of 5 stars
4.6 out of 5
449 global ratings
How are ratings calculated?
To calculate the overall star rating and percentage breakdown by star, we don’t use a simple average. Instead, our system considers things like how recent a review is and if the reviewer bought the item on Amazon. It also analyses reviews to verify trustworthiness.

Olivia
5.0 out of 5 stars Based on real events
Reviewed in Australia on 28 February 2019
Verified Purchase
Loved this ,the twist at the end was amazing
Read more
Helpful
Comment Report abuse
See all reviews

DP
5.0 out of 5 stars Great entertaining
Reviewed in Canada on 18 March 2020
Verified Purchase
A fun easy read. Great character building. Very enjoyable and realistic. It was an interesting read on the heels of watching the Irishman. Good insight to the mob culture of the time. I enjoyed his writing so much I also ordered One Man.
Read more
Report abuse

Kindle Fever
5.0 out of 5 stars I’m in love with Andrew Gross
Reviewed in the United States on 23 September 2018
Verified Purchase
I’ve been reading Mr. Gross’ books, both co-written and solo, for the past 10+ years (since my pre-Kindle days). Although I’m fond of all his novels, his recent Saboteur and One Man were exquisite. However, I went ape over Button Man! It is so well written,and it’s totally engaging from the first page and exciting right up to the ending. I loved the historical dynamic and was especially pleased and impressed when I learned from the epilogue that the story was patterned after AG’s grandfather’s life. Love your style, Andrew. Keep them coming!
Read more
16 people found this helpful
Report abuse

Terrence Murphy
5.0 out of 5 stars Fear and courage
Reviewed in the United States on 20 October 2018
Verified Purchase
Andrew Gross follows Mark Twain's advice to write what you know. And he hits a home run.
Button Man is not the usual immigrant rags-to-riches tale. The remarkable life of Morris Rabishevsky (soon to be Raab) is actually, "with only a few embellishments," the story of the author's own grandfather. Gross's love and admiration for the man show through on every page.
Gross's glimpses of immigrant life in the cold water tenements of the Lower East Side are raw and memorable A horrific accident, whose after-effects ripple throughout the story, is particularly gripping.
We learn about the garment industry in detail (but not too much detail) and how the unions, an important social reform following the Triangle Shirtwaist fire, become infiltrated by the mob. Once the police and politicians are on the mob's payroll, intimidation, physical threats and violence become everyday events.
The factory owners fall in line--with the exception of Morris Raab.
The appearance of historical figures like Legs Diamond, Albert Anastasia and Thomas E. Dewey add richness and authenticity to the story.
The book's greatest strength, in my view, is Gross's depiction of fear and courage. Morris's comment to mobster Louis Buchalter, in the final scene, reminds me of the Biblical verse that the truth will set you free: "But the moment you decide to stand up, you become brave, you're free."
My only reservation about Button Man is its Houdini-like climax, chains and all. I suspect that it was one of the "embellishments" Andrew Gross acknowledged adding to this compelling story.

David Shulman
4.0 out of 5 stars Standing up to the Mob
Reviewed in the United States on 30 September 2018
Verified Purchase
Andrew Gross has written a novelized biography of his grandfather, a pioneer in the garment industry. His protagonist is Morris Raab, born Rabishevsky, who as a boy of 12 on the lower eastside starts working in a garment factory and ultimately rises to become a major manufacturer of women’s coats and later dresses. For me the book is especially poignant because my furrier father manufactured linings, collars and cuffs for high end cloth coats, the very product made by Raab. In fact there is furrier in the book who supplies Raab.

What makes “Button Man” so interesting is Raab’s encounters with the mob that was dominating the garment and fur workers unions of the 1920s and 1930s. We see such mobsters and Murder Incorporated founder Louis Lepke Buchalter and his sidekick “Gurrah” Shapiro doing their best to intimidate Raab and his brother partner, Sol. We also run into Albert Anastasia, Legs Diamond and Dutch Schultz.
At first Raab fights the mob and then is prepared to give in and ultimately he stands up to them. He does this by linking up with special prosecutor Tom Dewey through one of his lower eastside lawyer friends. And at great peril to his life and the lives of his family he plays a role in bringing down the mob.

What Gross’ novel does is that it shows the real life consequences of what happens when the mob controls the unions. Everybody, but the mob loses with workers and bosses alike suffering as worker wages and boss’ profits are drained away through protection payoffs, forced buying from mob controlled firms and fraudulent union welfare funds. For those who don’t play ball they face fires, acid attacks on their garments and their persons and murder. Gross brings to life what it was like to be a small business owner in the garment industry of that era. As the son of a furrier whose business started in 1930 the novel rings true.
Read more
10 people found this helpful
Report abuse

Morrs, Sol, and Harry Raab (Rabishevsky) grew up poor on New York's lower East Side. Once their father passed away, the boys were forced to find work. Morris, at age twelve, started working in the clothing industry. Morris' life serves as the backdrop for the entire story.

As time passed, Morris and Sol started their own clothing business. Money was good, and they were doing well in their professions. But organized crime ruled the day, and labor unions were being installed in many of the other clothing operations. Led by such figures as Louis "Lemke" Buchalter and "Dutch" Schultz, these men would use force and intimidation to persuade a business to allow workers to unionize. Morris and Sol, one of the last hold-out companies face an inevitable showdown with Lemke and his mob. To make matters even more interesting, Harry has become involved with Lemke's thugs.

One by one, Morris' friends in the business have either been forced out or killed. Morris, one of the few survivors, knows he must do something; but at what cost? Eventually working with special prosecutor Thomas Dewey, Morris takes his chance at bringing down Lemke and his cronies. But will it be enough?

I've read Andrew Gross' previous books "Saboteur" and "The One Man", and I enjoyed each very much. "Button Man" is equally as good. I enjoyed reading the story because I didn't know much about this period in history. As for the story itself, it is catching from the very beginning. The characters, especially Morris, his wife Ruthie, and Sol are very well-developed. Many real-life characters, including Arnold Rothstein, are included.

If you enjoy good historical fiction novels, then don't miss "Button Man". Highly recommended.
Read more
4 people found this helpful
Report abuse
See all reviews
Get FREE delivery with Amazon Prime
Prime members enjoy FREE Delivery and exclusive access to movies, TV shows, music, Kindle e-books, Twitch Prime, and more.
> Get Started
Back to top
Get to Know Us
Make Money with Us
Let Us Help You
And don't forget:
© 1996-2020, Amazon.com, Inc. or its affiliates