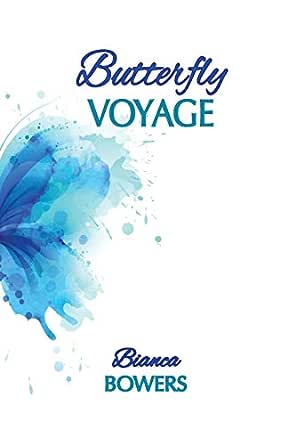 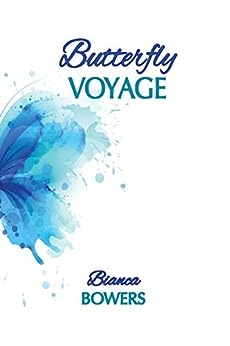 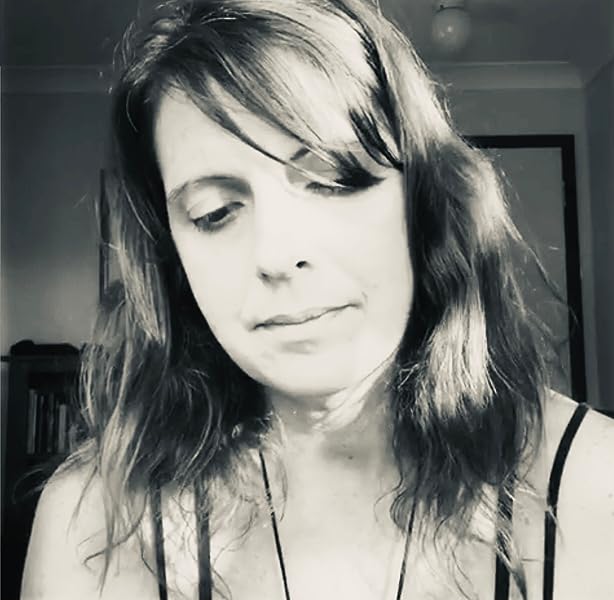 Structured as a classical quest master plot, the book relies much on the protagonist - the lyrical persona, who sets on a voyage in the realm of dreams and the intrapsychical, aiming to attain better self-knowledge and wisdom.

The poems in the collection are organized into 8 parts, preceded by a Prelude, disclosing the motivating incident (a series of cryptic messages received in dreams) that sets off the lyrical persona on this quest.

In her 5th poetry book, Bianca Bowers invites the reader to suspend disbelief and enter the magical world of "Butterfly Voyage" where a world of cryptic messages, poetry, parables, fables, sketches, and wise quotes is revealed.

Although I do agree with the statement Ms Bowers makes in the foreword of "Butterfly Voyage" that in this book her voice is different from her previous books, the unexpected and vivid imagery characteristic of her poetic narrative are still present here. The original rhythmic and rhyming patterns give her poetry the sound of a fairy tale.

It is very difficult for me to select a single poem as a favourite, because I do like the book in its entirety. I strongly recommend "Butterfly Voyage" not only to poetry lovers, but to everyone who is not afraid to set on a voyage into their own soul, looking for answers to difficult questions, learning things through self-exploration, finding their true self. What the lyrical persona learns while travelling in this magical world will inspire you to heal old emotional wounds, rewrite disempowering narratives, and rediscover the magic that is your authentic self.

And at the end, I must say that I am a very happy person, to have encountered such a fine poet as Bianca Bowers!

Open the pages of Butterfly Voyage. Walk your fingers and eyes right into its middle and let your mind get lost in delight in any direction.

This is a book of poetry carved out of malleable ingredients that are an imaginative wheelhouse for readers to take shelter in as he or she moves along inside the oceanic currents of the author's journey to self.

At almost every turn there is opportunity to follow the author into the natural world that drifts along with fluid narrative. It's not a mistake I have reggae music playing in my headphones as I write this. That comforting skip and bounce beat with a voice floating along with it is what reading this book is like.

There's a wide, deep well of flowing creativity inside the pages. A mix of natural and supernatural. Identification and deliverance from pain and self-loathing, crossings through misunderstandings, bridges to memories, islands of visions, illusions of time bent and then bent again, perceptions of what is and is not, places that amaze with described details, the seen and unseen of who a person thinks they are versus what they've been hiding themselves from.

In the end all the layers listed above lift the top off of the narrator's carefully constructed canopy of safety. They fall and float to the forest floor, letting light in which follows behind and promotes growth. Each verse from beginning to end is rich, ambient, soulful, and textured.

Bianca Bowers is the author of 5 poetry books: Butterfly Voyage (2018), Pressed Flowers (2017), Love Is A Song She Sang From A Cage (2016), Passage (2015), and Death and Life (2014). She holds a BA in English and Film/TV/Media Studies. In 2016, her poem 'Tree of Life' was chosen to feature in a trailer for a short-film called The Avant-Gardener. Her poetry has also appeared in Shot Glass Journal, Tongue In Your Ear, and The Art Toppling Tobacco Project. Bianca is currently preparing her novels, Cape of Storms, and Three Hearts for publication. You can find Bianca at: https: //www.biancabowers.com --This text refers to an out of print or unavailable edition of this title.

Crina-Ludmila
5.0 out of 5 stars Striking poems
Reviewed in the United Kingdom on 28 December 2018
Verified Purchase
I've bought this book as a Christmas present for my partner. It arrived quickly, and the book is substantial. I don't read poetry that much but I have enjoyed the poems I've read previously by the author and I think this book is even better. I opened it at random pages and read from it and it has beautiful passages about trees and dreams and many other things. This is a body of work that could make a great gift for someone who likes poetry, or just likes to think about deeper ideas. I also like the design of it. Looking forward to read the whole book.
I am very happy with it so far so I highly recommend it.

Heraclitus
5.0 out of 5 stars Working against atrophy
Reviewed in the United Kingdom on 16 December 2018
Verified Purchase
This collection sits among a body of work that is more conventional. Bowers' Butterfly Voyage, through its poet's voice, encourages us to work against daily chaos and decay and to take each day at a time with a positive mindset. The more surreal poetry features dragons and talking birds. However, most of it, whether grounded in reality or not, has encouraging and didactic elements that uplift and inspire.
Read more
Report abuse

Julie
5.0 out of 5 stars Moving, enlightening, a work of art!
Reviewed in the United States on 11 November 2020
Verified Purchase
Beautiful, a work of art! This book stoked the flames in my heart and spoke to my restlessness. While it was introduced to me as poetry, I place it with in line with the Seth books, Ram Dass, or Emmanuel Book 1. I have been on a spiritual journey and path of the soul as soon as I learned there was something aside from religion and this work of art has stirred my angst and spoken directly to the longing in my soul. I am so moved by the beautiful ideas and revelations this book provides. “I can see your wings Can you? Paint them on if you must but fly you will.” Anyone who is on a spiritual path and seeking to become once again their true self should read this book. I couldn’t possibly recommend it enough.
Read more
Report abuse
See all reviews
Get FREE delivery with Amazon Prime
Prime members enjoy FREE Delivery and exclusive access to movies, TV shows, music, Kindle e-books, Twitch Prime, and more.
> Get Started
Back to top
Get to Know Us
Make Money with Us
Let Us Help You
And don't forget:
© 1996-2020, Amazon.com, Inc. or its affiliates