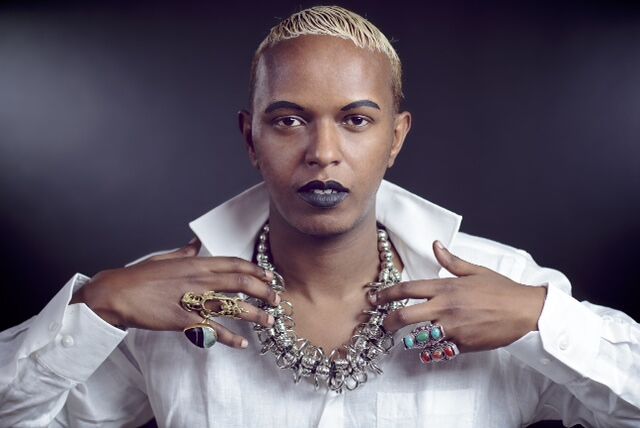 by Diriye Osman (Author)
5.0 out of 5 stars 5 ratings
See all formats and editions
Sorry, there was a problem loading this page. Try again.

Migil Bile is a confidently curvy, tea-spilling, super-bright, slightly-dizzy queer British-Somali journalist with schizoaffective disorder and sauce to spare. Ensconced deep in the drama of being a twenty-something, working-class South Londoner juggling one too many gig-economy jobs, wonky mental health and romantic wackness, he takes the unsuspecting reader on an existential meditation on immigration, Brexit, gentrification, sexual assault, the pitfalls of being a digital worker, what it's like when all your immediate family members are on the LGBT spectrum, and explores what constitutes community and kinship during a global pandemic.

Shot through with bombast and badassery, fusing Somali, Spanish, Kiswahili, patois, sheng and hip-hop slanguistics into a sex-drenched, fourth wall-smashing blend of poetry, letters, essayistic excursions and interlinked short stories, THE BUTTERFLY JUNGLE is a tour de force and Diriye Osman is a bad bitch/good-natured motherf*cker who never takes mess (but doesn't mind splitting his lunch money with you.)

Diriye Osman is a British-Somali author, visual artist, critic and essayist based in London.

He lives on a diet of Disney cartoons, graphic novels, masala chai and Missy Elliott records.

Diriye Osman is a British-Somali short story writer, essayist, critic and visual artist. His writing has appeared in 'The Guardian', 'Time Out', 'The Huffington Post', 'Vice', 'Attitude', 'Prospect', 'Poetry Review', 'AfroPunk', 'Kwani?', 'Jungle Jim', 'Under The Influence' and 'SCARF Magazine'. His critically-acclaimed debut 'Fairytales For Lost Children' (Team Angelica Press) won the 2014 Polari First Book Prize and was named one of the best books of the year by 'The Guardian'.

John
5.0 out of 5 stars Highly original, highly readable, sexy, quirky and fun
Reviewed in the United Kingdom on 3 April 2022
Verified Purchase
This is a very unusual book in many ways, and a delightful one. It’s a series of memorably-titled (‘A Map of New Dreams’; ‘I Bleed Black’) linked short stories, really a novella, told in the first person by flamboyantly gay Somali South Londoner Migel, about his life and his queer black family, and black and brown friendship circle in contemporary London. Its portrayal of rapidly-gentrifying Peckham will resonate powerfully for anyone who knows the area, and the language is a heady but very readable mix of standard English, urban slang, Somali, Kiswahili, Italian and other non-English words, and extravagantly poetic images. Osman uses a first-person storytelling style, often addressing his ‘dear reader’ and asking if we’re following – an appealingly conversational approach that also draws on traditional African, especially Somali, storytelling modes – and takes us directly into the world of his characters and their histories and life experiences. The book’s description of schizo-affective disorder and living with hallucinations and synaesthesic experiences – a key theme from the beginning – is both poetic and honest, drawing on aspects of the writer’s lived experience (which he’s written about candidly in other work.) I like that the reader is trusted to enter into the cultural particularities and viewpoints of Migel and his family on their own terms. All that might make it sound a heavy read, but it’s actually light, at times surreal, and comic. I read it in one sitting.
Read more
One person found this helpful
Report abuse

mr r hall
5.0 out of 5 stars Lose yourself
Reviewed in the United Kingdom on 21 July 2022
Verified Purchase
I opened this book the day it arrived. I finished it the same day, I just couldn't put it down.
Diriye's world building is first class, I felt like I was there in the room watching the action.

By the end of the first chapter I'd had chills, smiles and nearly tears. A beautiful window into a world I want to visit.
Read more
One person found this helpful
Report abuse

TRINITY
5.0 out of 5 stars An Audacious and Inspired book.
Reviewed in the United States on 12 April 2022
Verified Purchase
The Butterfly Jungle takes you on a gripping journey through a fantastical world, the way the world should be. Or is. Diriye Osman sees the world as it is and shows us the wonder we miss in everyday life. African families are so diverse and so full of joy, pain and growth, But we have often seen the breadth of this on the page. The collection is an instant classic.
Read more
Report abuse
See all reviews