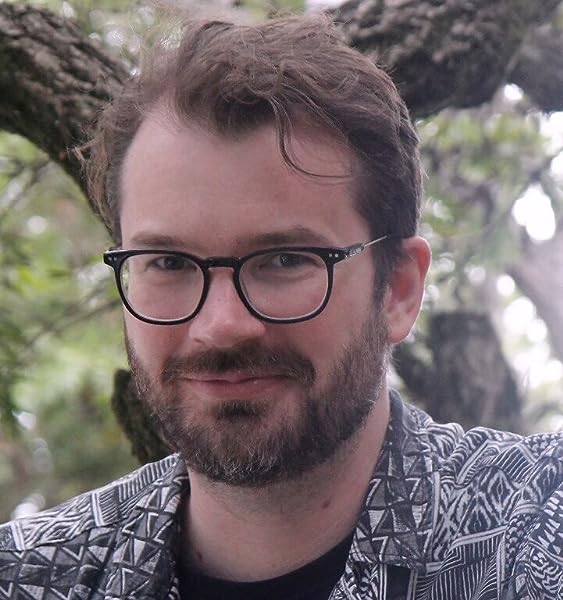 Butler to the Dark Lord: A Grim Choices Gamebook Paperback – 23 May 2015

Page 1 of 1 Start overPage 1 of 1
Previous page
Next page
Start reading Butler to the Dark Lord: A Grim Choices Gamebook on your Kindle in under a minute.

Sam Bowring is an author and stand-up comedian living in Sydney, Australia. To see comedy clips or read more of his nonsense, visit sambowring.com.

T.N
4.0 out of 5 stars Didn't hate, didn't love.
Reviewed in Australia on 29 December 2014
Verified Purchase
Try it, you might like it.
Read more
Helpful
Report abuse

Genevie
5.0 out of 5 stars Five Stars
Reviewed in Australia on 16 February 2016
I recommend this to anyone who likes dark and funny and wants something a bit different.....
Read more
Helpful
Report abuse
See all reviews

Alaran
4.0 out of 5 stars Original and enjoyable
Reviewed in the United Kingdom on 12 August 2017
Verified Purchase
Adopting a relatively original take on the gamebook format, this adventure, as the title subtly indicates, sees the reader take on the role of the eponymous butler as they attempt to navigate successfully through the various issues involved in running a household belonging to an evil, aristocratic, necromancer.

The reader’s duties are made substantially more difficult due to an immanent dark ceremony/ritual that takes place once a century in honour of your master’s dark god, Stygias. As your master is to preside over this event before all the denizens of his kingdom it is down to you to ensure that the ritual sacrifice proceeds without disaster or embarrassment. This entails organising the household staff, ensuring the maintenance of the castle and its grounds and making sure the needs of your Master’s guests and associates are met; all whilst avoiding conspiracies and assassination attempts.

Things are further exacerbated by the household staff being a mixture of such creatures as orcs, harpies and werewolves. With such staff it is unlikely you’ll get very far by just being ‘nice’ and, due to the nature of the book, it is initially tempting to go full out evil. However, if you treat your staff too badly or actually kill them (if they don’t kill you) then things might not get done adequately or at all. Thus, you soon find yourself playing as a demonic Jeeves type character, manipulating those around you for the benefit of your somewhat petulant and incompetent master.

Even though the intention is clearly humorous and the various scenarios consistently amusing, ‘Butler to the Dark Lord’ is far from merely being a tongue-in-cheek parody of adventure gamebooks. There is a real adventure, which, thanks to the assassination plot, has a decent storyline with a reasonable level of challenge and intrigue.

The game mechanics are fairly simple; there’s no combat or abilities and little use of items/equipment. But it is quite effective. They revolve around recording words or phrases that you receive for behaving or acting in certain ways. These then become the consequences and effects of your actions and alter the course of the adventure.

Although there is one ‘ultimate’ conclusion to be revealed there are multiple endings depending upon your various success at performing your duties as butler. This allows for some replay potential.

It all makes for a highly enjoyable adventure with a bit of a difference. It’s sure to keep you entertained throughout.
Read more
One person found this helpful
Report abuse

Stephen Griffin
5.0 out of 5 stars Interactive fiction with a real plot
Reviewed in the United Kingdom on 22 December 2017
Verified Purchase
Not only did this take me back to the glory days of CYOA and, more influentially, Fighting Fantasy and its many clones, it gave the realisation that interactive fiction doesn't have to centre around a long, winding journey in order to be effective.

Bowring has constrained his gamebook to a single, ringfenced location, with the action unfolding over a limited number of days - the chronological passing of which neatly synthesises the various narrative strands. This works very well, and allows the reader/player to interact with a cast of multilayered characters to advance the story, which is as intriguing as it is hilarious.

A codeword system is used well as a state-tracking device, and decisions made throughout the novel can have devastating and far-reaching ramifications further down the line. This is executed perfectly, and there are enough permutations to encourage multiple attempts at discovering a successful ending. These codeword mechanics are especially effective for those reading on kindle or otherwise on the move, as they eliminate the requirement for cumbersome dice-rolls and lengthy combat sequences, so prevalent in other, similar books in the FF style. Similarly, they allow for a much richer reading experience than CYOA-style books, since these tend to ignore state-tracking entirely, and are shallower as a consequence.

This is one of the good ones, and I hope Sam Bowring continues to produce gamebooks going forward. This bears the series title 'Grim Choices Gamebook', which implies that there are more to come, so there's hope. Excellent stuff, Mr Artanon.
Read more
Report abuse

Kentoski
5.0 out of 5 stars Wickedly funny throwback to choose your own adventures
Reviewed in the United Kingdom on 7 August 2014
Verified Purchase
Butler to the Dark Lord is wonderfully funny offering from one of the stars of Australian fantasy.

Whether you explore the more diplomatic options available or bask in the more wrathful responses, you're in for a highly entertaining ride.
Read more
2 people found this helpful
Report abuse

alejandro
5.0 out of 5 stars Hilarious
Reviewed in Spain on 23 October 2019
Verified Purchase
Hilarious, unexpected story adventures... Very entretainment
Read more
Report abuse
See all reviews
Back to top
Get to Know Us
Make Money with Us
Let Us Help You
And don't forget:
© 1996-2021, Amazon.com, Inc. or its affiliates