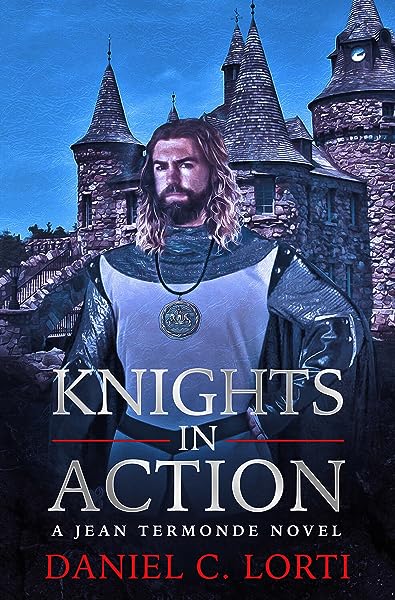 by Daniel C. Lorti (Author)
See all formats and editions
Sorry, there was a problem loading this page. Try again.

Returning home, Jim Factor and his wife, Diane, are targeted by a rival mafia organization and, for their safety, flee to Bulgaria. Now, he is caught up in a potential mafia conflict, involving the Russian Federation Security Bureau (FSB/the old KGB), the Russian Federation President, the U.S. Air Force intelligence, a former U.S. Russian specialist, and the Varna police. Factor and Federov conceive a lengthy scam to forestall any of the rival’s actions while he strives to increase the company’s business with Russian aircraft manufacturers. Sooner or later, the rival mafia mob will discover the ruse and marshal its forces against Federov, a man who is determined to avoid any overt aggressive retribution.A tightrope act whose success is dependent on deception and timing.
Read more
Previous page
Next page

Get 90 days FREE of Amazon Music Unlimited
with the purchase of any eligible product. Shop now
Start reading The Business End (A Jim Factor Novel Book 3) on your Kindle in under a minute.

Daniel C. Lorti is the author of: The Avignon Legacy, a historical fiction account of a missing medieval treasure, Knights of Honor and Knights in Action, sequels to The Avignon Legacy, and The Missing Factor (Winner of the Beverly Hills Book Award) and its sequel The Business End both which embody his professional background in outstanding suspense thrillers, and The Mulligan, a fantasy. Lorti is a member of the Historical Writers of America, Mystery Writers of America, and International Thriller Writers. An aerospace engineer with sensors, weapons, and intelligence background, he was Chief Radar Engineer for the Northrop Grumman Corporation and was on President Clinton’s twenty-member committee for Trade and Investment in Northern Ireland. A former international arms broker, he conducted business in Europe, the Middle East, and Asia. During his career, with partners, sold a successful aerospace company to the Northrop Grumman Corporation. He resides in Newport Coast, California.