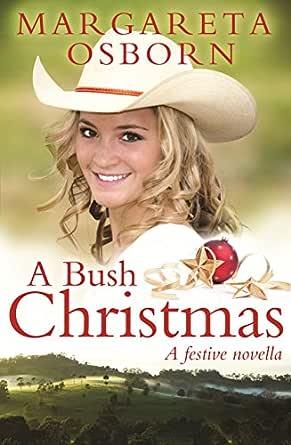 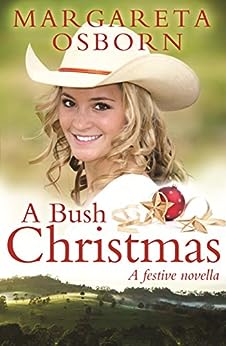 3.9 out of 5 stars
3.9 out of 5
43 global ratings
How are ratings calculated?
To calculate the overall star rating and percentage breakdown by star, we don’t use a simple average. Instead, our system considers things like how recent a review is and if the reviewer bought the item on Amazon. It also analyses reviews to verify trustworthiness.

Barbara Evans
5.0 out of 5 stars A Bush Christmas
Reviewed in Australia on 17 June 2014
Verified Purchase
It is like all the other books that I have read it is a wonderful book to read, I also couldn't put it down.
Read more
Helpful
Report abuse

Ms Jacqueline P Cain
4.0 out of 5 stars Does what it says on the tin!
Reviewed in the United Kingdom on 31 January 2013
Verified Purchase
Yes, you want to slap the heroine occasionally. But it delivers what it promised and it is charming and happy.
Read more
Report abuse

Sharyn Connor
5.0 out of 5 stars Light-hearted read
Reviewed in the United Kingdom on 13 January 2014
Verified Purchase
A fun light-hearted read that tackles some harder issues along the way. City meets country and with Margareta's descriptions you can feel the exasperation and naivety =)
Read more
Report abuse

S. Roddom
4.0 out of 5 stars a wonderfully funny and romantic Christmas rural romance
Reviewed in the United States on 24 January 2014
Verified Purchase
Opening lines: ‘…There were three things in life Jaime Josephina Hanrahan couldn’t stand. Her name, public transport and musclebound men riding Harley-Davidsons. She couldn’t do much about the first, unfortunately. And the last two were currently in her line of vision.…’
You have a fair idea that you are going to enjoy a book when a non-romance reading friend of yours recommends it. She was right, I really enjoyed A BUSH CHRISTMAS.

Jaime is heading into the East Gippsland highlands region of the Australian to avoid Christmas. She has just been retrenched, it is her first Christmas without her beloved father and her mother has gone off her rocker (Jaime’s opinion) and remarried a man who is the complete opposite to her father in every way. She is not happy. Jaime accepts a job housesitting in the remote bush as she is sure it will be easy to avoid Christmas.

She soon finds out that Christmas is everywhere, and her near neighbour, the musclebound man who was riding the Harley, is decorating the property from top to bottom. Station Manager, Stirling McEvoy, does not like city girls and he is not impressed with Jaime, and he can’t understand how anyone can hate Christmas so much. Firstly he thought that Jaime was going to be a male and help run the property while the owner is away. And secondly she is pretty little bombshell with clothes more appropriate for the beach than a working. But Jaime is a tough little cookie and not one to stay away from hard work. She takes everything that Stirling throws at her including manually separating the cattle, and holding the spotlight while he shoots rabbits despite the fact she believes he is murdering all the little Thumpers in cold blood. I can actually relate to this one, any years ago spending a weekend on a NSW bush property with an ex-boyfriend’s mate who took us spotlighting for kangaroo. I thought that we were looking for them just so they could show me them, I didn’t realise the spotlight caused them to freeze on the spot so they were easy to shoot! I kept turning the spotlights off at the last minute until seething with rage the property owner drove me back to the station and made me get out while the boys all went off without me. I now understand that this was not an idle sport for the property owner – but the knowledge came too late and my name was mud! Getting back to Jaime, she even rises to the challenge when the local ladies steamroll her into promising to cook umpteen sponge cakes when she can’t so much as successfully cook a packet mix! Christmas day dawns with Jaime’s mother and husband along with everyone from miles around descending onto the property to celebrate Christmas. What is a girl who hates Christmas to do?

A BUSH CHRISTMAS is a wonderfully funny and romantic Christmas rural romance. A quick and easy read that shows that you don’t have to have snow to let the magic of Christmas get working and for two lonely people find a common ground for love to grow.
Read more
One person found this helpful
Report abuse

KeFeuerstein
3.0 out of 5 stars I liked this novella
Reviewed in the United States on 22 December 2013
Verified Purchase
That is until the abrupt ending. It is too bad that the story wasn't developed more, but it was still a decent read. My criticism is the same as with all of the Aussie stories, there should be explanations at the end where one could look up unfamiliar words and phrases. Since this book is marketed in the US it would make reading Aussie stories easier and help understand another culture. I've visited Australia twice, the first time driving with my husband from Cairns to Sydney. I loved the place at first sight.
Read more
3 people found this helpful
Report abuse

Gecko Book Girl
5.0 out of 5 stars Wish it was longer
Reviewed in the United States on 17 February 2013
Verified Purchase
This great Novella from Margareta is a fun read with Jamie trying to escape christmas by taking a house (and cat) sitting job in the bush but find there are some things you just can't escape from, and that's not always a bad thing.
My only sad point was that this was only a Novella and not a full length novel. If you haven't read Margareta's books (her new one is out in March 2013) this is a great introduction to a great aussie author
Read more
Report abuse
See all reviews
Back to top
Get to Know Us
Make Money with Us
Let Us Help You
And don't forget:
© 1996-2021, Amazon.com, Inc. or its affiliates