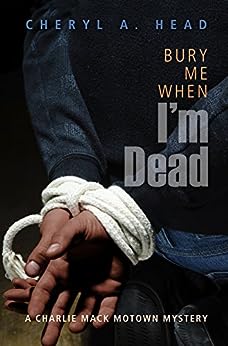 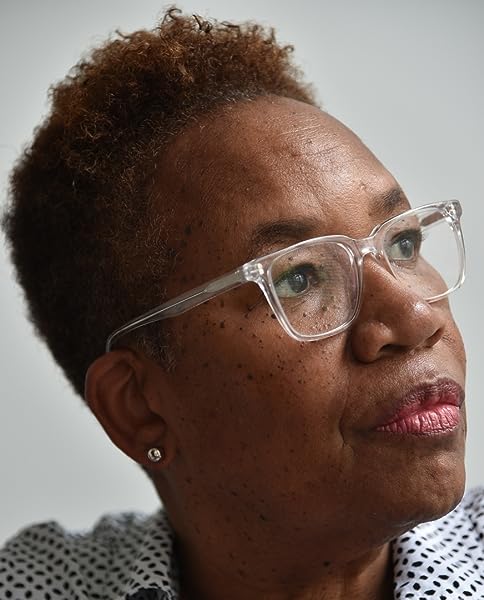 Cheryl A Head: Originally from Detroit, Cheryl now lives on Capital Hill in Washington, D.C., where she navigated a successful career as a writer, television producer, filmmaker, broadcast executive and media funder. Her debut novel, Long Way Home: A World War II Novel, was a 2015 Next Generation Indie Book Award finalist in both the African American Literature and Historical Fiction categories. When not writing fiction, she's a passionate blogger and user of Twitter, and she regularly consults on a wide range of diversity issues. --This text refers to the paperback edition.

E
3.0 out of 5 stars I really wanted to like this book...
Reviewed in the United Kingdom on 2 August 2020
Verified Purchase
But I haven’t finished it. I do keep going back because I’m hoping it’ll catch fire, but so far not. The protagonist is a woman of colour, and the settings are Detroit and Alabama. The mystery is shaping up well, even though there is a bit of confusion about the exact role of the person employing the alleged criminal - is he our detectives’ mentor, and how/why? But I wanted to feel and see more of the settings, both of which have so much potential. To my mind, the author wanted to take the reader to those places, but she doesn’t provide enough detail. There’s also a lesbian relationship...which from my lived experiences does not seem credible. Others may differ.

BH
4.0 out of 5 stars Excellent
Reviewed in the United Kingdom on 6 April 2021
Verified Purchase
Really well written, enjoyable story. The main character, Charlie, is a bisexual woman of colour who is extremely likeable. I look forward to seeing more of Charlie and her partners in the rest of the series.
Read more
Report abuse

Payea
5.0 out of 5 stars Great Book
Reviewed in Canada on 13 June 2019
Verified Purchase
You can't go wrong with a Charlie Mack mystery. Cheryl's writing is superb and the intrigue keeps the page turning. And on a side note, she certainly pegged the dynamics between team members when some are straight men! Oh, how I laughed;-)
Read more
Report abuse

Lisa R Smith
5.0 out of 5 stars Charlene Mack, PI.
Reviewed in the United States on 11 March 2019
Verified Purchase
Charlie Mack owns a PI business with two partners from her ICE days. They get a case involving employee theft from a restaurant supply company, that also involves a murder. The investigation takes them from Detroit to Birmingham chasing a suspect. Plot has twist and turns that culminate in a exciting shoot out that includes the FBI. One plot twist, Charlie finds she is bisexual and in love with a beautiful lady police officer, Mandy. Charlie is having a hard time coming to terms with her sexuality and slips up with her ex husband. As this is the first book in the series, we will hear more of Mandy.

The MCs are developed and the story moves along fast. The secondary characters add interest. If you are a mystery, police procedural fan, you will be happy with this book. Enjoy!
Read more
Report abuse

S. Andrea Allen
5.0 out of 5 stars Well-developed characters and a complex plot
Reviewed in the United States on 12 August 2017
Verified Purchase
Bury Me When I’m Dead by Cheryl Head is a good old-fashioned whodunit, starring a cast of well-developed characters that help to ground its complex plot. Before I begin, a caveat or two: The protagonist of this novel isn’t lesbian, she’s bisexual, and that adds a little something extra to the plot (more on this later). Also, I haven’t read a mystery in a LONG time, so I wasn’t sure what to expect. Do these things have a formula? Still, I know enough not to give too much away in this review, so no spoilers here.

The premise of the novel simple: Charlene (Charlie) Mack, a Detroit-based private investigator, (she actually owns her own PI firm), is hired by her old friend Leonard Abrams to find Joyce Stringer, a beloved employee who seems to have gotten wrapped up in an embezzlement scheme. Charlie and her PI partner Don Rutkowski, a former cop, quickly discover that there’s a lot more going on than a missing persons case: scandalous family secrets including infidelity and incest; murder, a crime ring, and at the core of it all, Charlie’s reluctance to admit her feelings for Mandy Porter, a well-respected Detroit cop.

The novel initially moves at a good pace, and Head’s exquisite attention to detail of the cityscapes of both Detroit and Birmingham, Alabama, (where much of the action takes place), is one of the novel’s strongest assets. I chuckled every time I read “meat and three,” a staple in soul food restaurants in my beloved south. These scenes also reminded me of Black migration stories, and how so many Black families traveled south-north routes to escape the racism of the south, only to be ostracized in the north as well. Head pays a lot of attention to the intersections of class, race, and gender in both regions, and these intersections figure prominently in how Charlie and Don run their investigations.

Earlier I promised more on issue of bisexuality in the novel, and here are my thoughts on that: Charlie really, (and I mean really), seems to enjoy sex with women, but has a problem with the fact that she might be falling in love with one. So much so that she has a booty call with her ex-husband to try to get rid of those feelings. She’s also engaged in an adulterous affair with Don, feeding into the stereotype that bisexual folks just want sex and don’t care who they hurt. As a human, I realize that there are people who actually do these things, regardless of their sexual orientation or identity, but this representation of bisexuality left me with a bad taste in my mouth. In Charlie’s defense, she finally admits that she’s struggling with internalized homophobia, but for me the admission comes a little too late.

Overall, I enjoyed this novel and although it seemed to slow down a little at the end, (there were lots of subplots to sort out), I’m looking forward to Head’s next book in this series. I’m interested in seeing how Charlie deals with her burgeoning romance with a woman, as well as what new mysteries she’ll have to solve.

*My review of this novel originally appeared on the Black Lesbian Literary Collective's review blog.*
Read more
Report abuse
See all reviews
Back to top
Get to Know Us
Make Money with Us
Let Us Help You
And don't forget:
© 1996-2021, Amazon.com, Inc. or its affiliates