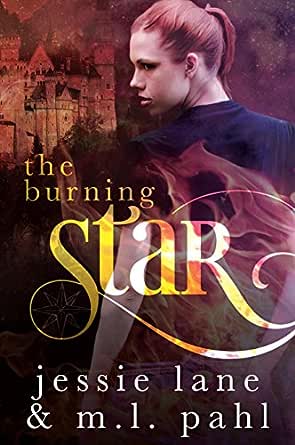 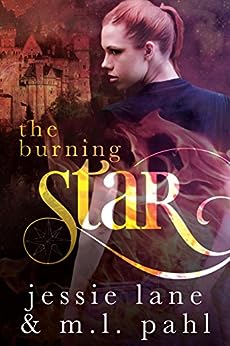 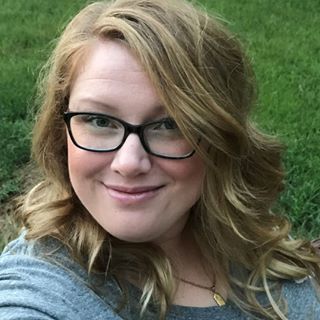 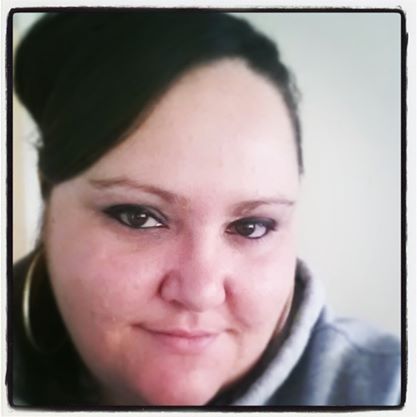 The Star Series is written by Jessie Lane and M.L. Pahl. Jessie Lane is a best-selling author of Paranormal and Contemporary Romance, as well as, Upper YA Paranormal Romance/Fantasy. She lives in Kentucky with her two little Rock Chicks in-the-making and her over protective alpha husband that she's pretty sure is a latent grizzly bear shifter. She has a passionate love for reading and writing naughty romance, cliff hanging suspense, and out-of-this-world characters that demand your attention, or threaten to slap you around until you do pay attention to them. She's also a proud member of the Romance Writer's of America (RWA). M.L. Pahl grew up in coastal North Carolina. With the Marine Corps at her back and the sandy beaches beckoning her, she learned nothing could hinder her imagination. Not wanting to be stuck in one genre, she decided to dabble in everything from zombie apocalypses to romance and even paranormal. She currently resides in the frozen north of Minnesota with her family and those cute dogs she always tweets about. --This text refers to the paperback edition.

Melinda
4.0 out of 5 stars A Great Read!
Reviewed in Australia on 21 June 2016
*This book was received via Netgalley in exchange for an honest review*

This was a really good book. The two different P.O.V's worked really well. At first I really liked Kay more than Kira and kind of skimmed the chapters in her point of view. This, however, quickly changed. About half way through the book I actually started liking Kira's story more and skimming Kay's. I am really intrigued to find out Kira's origins and what Kane's intentions towards her are. this book was really intriguing with the familiar fae court but a slightly different spin on it.
Overall, this was a good book that went in an unexpected direction and had strong, likeable characters.

Note: there is a cliff-hanger *cries eyes out while simultaneously screaming and searching through blurry eyes where the next copy can be obtained from*
Read more
Helpful
Comment Report abuse
See all reviews

Lesley
2.0 out of 5 stars Seniormum
Reviewed in the United Kingdom on 27 May 2013
Verified Purchase
This book left so many questions unanswered and I find this frustrating. I hate cliff hangers. It would have been a good story if it was finshed. The Burning Star (Star Series)
Read more
Report abuse

Carrie Book Fairy Fort
5.0 out of 5 stars Great read
Reviewed in the United States on 25 September 2014
Verified Purchase
Favorite Lines "The way the wolf looked at me, I felt like it saw right through me to my soul. I never knew an animal could see someone so thoroughly the way this one seemed to see me. My hands trembled at some emotion I couldn’t name. It wasn’t fear; it was more like an overwhelming sense of knowing and intimacy.”

“You’ve finally shown up after I’ve been waiting years just to meet you. I don’t know how this will end, but what I do know is that I’m not ready to say goodbye. I’ve seen you fragile and I’ve seen you strong. Part of me just wants to continue to see the rest of it. If you’re uncomfortable with any of that, then say no. I would never want to make you nervous or scared. But if you’re okay with it, and I mean really okay with what I am, what I become, and that I’m willing to stick beside you no matter how it ends, then say yes”

“You really did find her, son.”

“Someone to love me for me, and not for what they wanted me to turn into for their benefit.”

“I could die happy now because I would have this to fill me when everything else in my life had the possibility of wilting away.”

The Seelie and UnSeelie court or wicked! They are viscous, sexy, crazy, and I freaking loved every word of this book!
Kay is a girl who has accepted she's sick, she has accepted that she won't be able to do many of things other girls her age do. Then something crazy happens she sees a monster in the woods and is saved by the cutest guy.
Ryan is prince to the Seelie court and when he sees Kay he knows there is something more to her. BOY IS THERE SOMETHING MORE. Kay isn't who she thinks she is or even what she thinks she is. If u love the Seelie and UnSeelie type books then this is the book for you!

I was given this book in exchange for an honest review

Theresa M Jones
3.0 out of 5 stars Could have been great... but was not
Reviewed in the United States on 21 July 2012
Verified Purchase
My rating is actually 2.5- rounding up to 3 here.

Things I liked: The COVER is AMAZING!! LOVE It!

The story was interesting. I liked that the main character was not perfect, that she was diagnosed with cancer. This is something I haven't seen in a YA paranormal novel before!

The characters were well developed, for the most part, and I felt like I cared for them.

And I was very caught up in the story, very much wanting to know how it would go. It was a unique plot, and I felt like this book had SOO much potential to be amazing! When I read the summary, I was like- I MUST get this book. So, maybe my expectations were too high.

There are SOO many instances! Like when you speak in a normal conversation, how many times do you say the other person's name?? Not in every single sentence! It was very annoying.

Everyone seemed much younger than they were, though everyone was either 17 or 19, they acted talked like 13 year olds. There is a scene were Nick and Ryan first meet and they are bickering like children. It was annoying to say the least.

The author changes POV often in this book, and normally Im ok with it, I do it in my own writing, but it just felt off. There was no warning and she switched to several POVs, not just two or three.

I did skim over several paragraphs in the first half of the book because it was just so slow and the dialogue was annoying. But the second half was much better!

Also, there were several grammatical errors. When I bought this book, I thought it was published, but it was very obviously self-published. Now I am ALL FOR self-publishing, but you have to present your book properly. I mean, she could have just let ONE other person read it and they could have spotted these errors easy enough.

Overall, it wasn't terrible, but could have been SO much better. There was a cliffhanger, but Im not even interested in reading any books that follow.

Kindle Customer
5.0 out of 5 stars Loved
Reviewed in the United States on 12 September 2014
Verified Purchase
Every time a chapter came to an end and I though I could take a break, I was sucked back in because every chapter brought on something new. I felt if I stopped reading I was going to miss something.
2 huge pluses...you can't help but love a book whose main character is a ginger, automatically means feisty, which means my kind of book. You also can't hate a book that has a female character whose weapon of choice is a whip.
Read more
Report abuse

Books and Brownies
5.0 out of 5 stars A star in the making!
Reviewed in the United States on 20 May 2014
Verified Purchase
OK, so where do I begin… Let’s start with the timeline… I started this book at 11:45pm on Saturday night. (I know what you are thinking… Ms. Popular, well what can I say Books before Bros.) I finished this book at 2 pm Sunday afternoon. So subtract the 5(ish) hours of sleep and that just goes to show you how amazing this story is. The writing was amazing with the perfect mix of romance, action and suspense. The story jumps from perspective to perspective giving the reader a well rounded view of the story. Each character is expertly developed with their own idiosyncrasies that just add to the fun of the story. There are twists and turns you don’t expect and romances you can’t help but cheer on.

The author does an amazing job creating a traditional Fae environment filled with mythical creatures and some new ones too. Not only are the main characters lovable but Jessie does an impeccable job of making you absolutely despise the villains (yea, thats right. plural). I cannot wait until I finish book 2 in the Star Series The Frozen Star releasing May 29, 2014.
Read more
Report abuse
See all reviews
Get FREE delivery with Amazon Prime
Prime members enjoy FREE Delivery and exclusive access to movies, TV shows, music, Kindle e-books, Twitch Prime, and more.
> Get Started
Back to top
Get to Know Us
Make Money with Us
Let Us Help You
And don't forget:
© 1996-2020, Amazon.com, Inc. or its affiliates