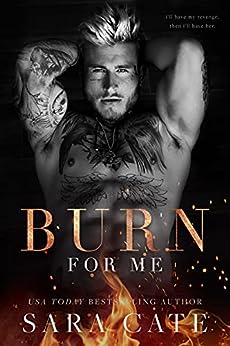 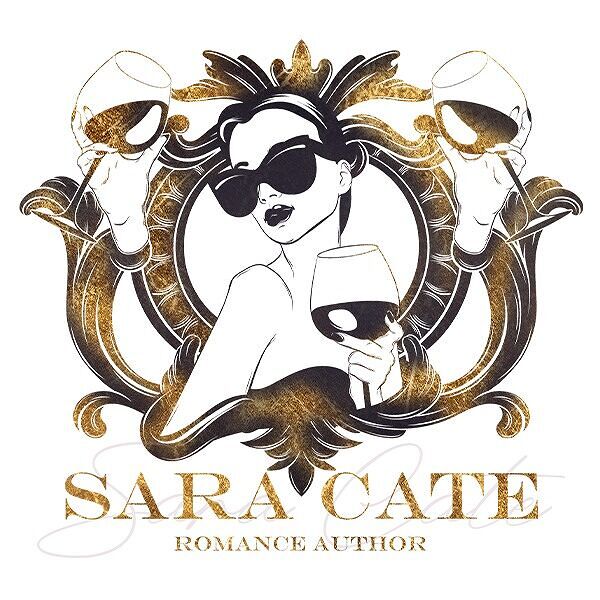 Carmela Dimattia
TOP 1000 REVIEWER
5.0 out of 5 stars EXPLOSIVE AND HOT!!!
Reviewed in Australia on 14 October 2021
Holy Moly this book had me fanning myself quite a few times. I am still reeling from this story line because it is a very taboo subject but this author has given us a story filled with anger, hatred, lust and illicit desire. Cullen and Everly were smoking hot and their scenes were very dark and intense throughout the whole book. It started out as bully story but ended on a very romantic note. A great story that flowed with ease with lots of passion, drama and suspense that I could not put down and was totally captivated with while tearing my heart out of my chest with the anticipation of what was to come. My first read by this author but if this is what is to come in future books I can see myself reading lots more of Sara Cate’s work. Explosive and Hot is an understatement. A must read!

I received an arc copy from the author and am voluntarily leaving an honest review.

My overall rating for Burn For Me is…

Evelyn Jane Thorne
TOP 500 REVIEWER
4.0 out of 5 stars Hot
Reviewed in Australia on 16 October 2021
This story was a wild and twisted ride that had me hooked from the very beginning. Everly and Cullen were connected long before they ever met. Everly’s investigation tore a part Cullen’s family and ultimately ruined his life in the process. The two of them are thrusted together several years later and what’s a better way to get revenge than ruining the one who ruined you.

I really enjoyed watching Everly and Cullen together because they were like a train wreck waiting to happen. The chemistry between them was raw and angry which definitely made the sex so much hotter.
Read more
Helpful
Report abuse

emjbookshelf
TOP 500 REVIEWER
4.0 out of 5 stars Hot Hot Hot
Reviewed in Australia on 14 October 2021
Everly ruined Cullen's life, She is a journalist and exposed his father of his wrong doings and he was sent to Jail. Cullen was only ten years old and after this his life was never the same. He suffered trauma from his uncle and no one stepped in to help him. Fast forward 8 years and Everly is now teaching at the local college where Cullen attends and when he realises who she is he sets out to make her life hell.

This story delivered it all, revenge, bullying, hatred, angst, spice, steam, passion and redemption. Sara Cate does age gap like no one else.
Read more
Helpful
Report abuse
See all reviews

Booktravert
5.0 out of 5 stars Great read
Reviewed in Canada on 15 October 2021
Verified Purchase
I really enjoyed the fact that this age gap had the heroine as the older. This was the right mix of forbidden, enemies-to-lovers/bully and age gap. The storyline has some great twists and it is definitely steamy. Great characters.
Read more
Report abuse

Tamara
5.0 out of 5 stars Cullen & Everly
Reviewed in the United States on 18 October 2021
Verified Purchase
Sara has done it again. Made me fall for the bad guy!!! This book does have triggers, so beware,

Everly was just a journalist working on an article, but her research led her to a very large scandal. While uncovering information, she ruined the life of a innocent 10 year old boy. That information put his father behind bars.

Cullen, 8 years later is hellbent on getting his revenge. So when Everly West turns out to be his teacher, he forms a plan. He wants Everly to feel the 2ay he felt all those years. Whenhe finds out that she hasn't stopped looking into the details surrounding his father, the 2 of them find out some very dark secrets.

I am such a huge Sara Cate fanatic. The way she tells a story just draws you in. I can't wait to see what she comes up with next.
Read more
Report abuse

Sarah Speigle
5.0 out of 5 stars Utter Perfection!
Reviewed in the United States on 16 October 2021
Verified Purchase
Since I haven't had a chance to read the anthology that this book was a part of, I went into this story blind. All I knew were the snippets that Sara had sent out.

Dear Lord...Cullen is quite possibly one of the hottest heroes that Sara has written. I was pulled into his and Everly's story and could not put this book down. Their story is quite possibly my favorite one of hers so far, and I wish that I could erase me reading it so I could read it again. I've always been a fan of Sara's, and this has just cemented it for me. She continues to push the envelope, making her stories better and better. I seriously cannot wait to read what she has planned next.
Read more
Report abuse

Ryan E Wagoner
5.0 out of 5 stars Another great book!
Reviewed in the United States on 16 October 2021
Verified Purchase
I absolutely loved this book and the characters. It had some twists in it I wasn't expecting but it just added to the excitement I had reading this book! I love that it was a reverse age gap too!! I highly recommend!
Read more
Report abuse
See all reviews
Back to top
Get to Know Us
Make Money with Us
Let Us Help You
And don't forget:
© 1996-2021, Amazon.com, Inc. or its affiliates