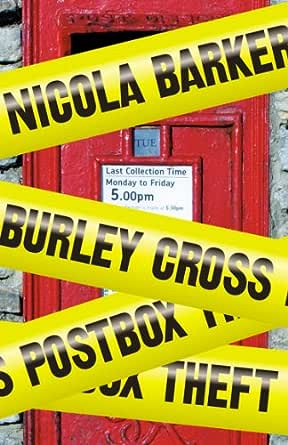 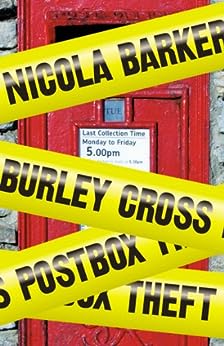 Reviews for Darkmans: 'This is the work of a very fine storyteller indeed.' The Times 'The writing is often hilarious. Barker carves up the suburban dinner party savagely, and anatomises the dodgiest builder on Earth!Nicola Barker's writing is hugely attractive, because it conjures images and ideas from a tremendous wealth of inspiration. It is the product of a powerful, sprawling imagination.' Daily Telegraph 'A loud shout of glorious, untidy, angry, joyous life. Barker is a great, restless novelist, and "Darkmans" is a great, restless novel. At the end of 838 blinding, high-octane pages, I was bereft that there weren't 838 more.' Guardian When a new novel by Nicola Barker arrives, there is a host of reasons to break into a smile. Chief among them is that she is one of the most exhilarating, audacious and, for want of a better word, ballsy writers of her generation. And, in a publishing terrain that often inhibits ambition and promotes homogeneity, there is nobody writing quite like her.' Observer 'A visionary epic.' Sam Leith, in the Spectator 'Books of the Year' 'Darkmans is all about the ebullience of language, the erruption of the past into the present, the seriousness and darkness of jokes. It defies moderation because it celebrates misrule. Highly original and interesting, and doing it with conviction and sharp humour. I know I whipped through its more than 800 pages with attention unbroken. And I know that the very night I finished it, it showed up in my dreams. Seriously.' Literary Review --This text refers to an out of print or unavailable edition of this title.

2.9 out of 5 stars
2.9 out of 5
64 global ratings
How are ratings calculated?
To calculate the overall star rating and percentage breakdown by star, we don’t use a simple average. Instead, our system considers things like how recent a review is and if the reviewer bought the item on Amazon. It also analyses reviews to verify trustworthiness.

sandra j
1.0 out of 5 stars Like many of the other reviewers
Reviewed in the United Kingdom on 9 June 2015
Verified Purchase
I had this book for a while before I read it, building my anticipation, only to have it dashed. Like many of the other reviewers, I too like episodic novels and that was the main reason I bought the book. But alas, also like many other reviewers, I also found it tedious with most letters far too long - I realised I'd started to skim-read it to "get through it" but surely that defeats the whole point of reading a book for pleasure! I also found the reasons why many of the letters were written to be contrived and the letters themselves going into more details than they naturally would have in order for the reader to follow the "story". Having said that, the book was cleverly written but really not to my liking. Once I've read a book, if I really enjoyed it / it moved me etc, I'll keep it; if it's good, I pass to a friend; if I wouldn't want to waste my friend's time, it goes to the charity shop. At least I can console myself knowing that my favourite charity got the benefit of this purchase ...
Read more
One person found this helpful
Report abuse

K
2.0 out of 5 stars The letters are ridiculously too long!
Reviewed in the United Kingdom on 15 July 2020
Verified Purchase
i saw this book recommended in a newspaper review section and it sounded like my kind of thing. On the amazon reviews there were lots of low reviews saying that the letters were too long and the book was hard to get in to. I decided to still buy this book, but how i wish I had listened to those reviewers! The letters are so long, repetitive and boring that it is hard to pay attention and keep concentration. I tried several times, but this book will be going to the charity shop.
Read more
Report abuse

Tigger suki
3.0 out of 5 stars A mediocre read
Reviewed in the United Kingdom on 9 June 2020
Verified Purchase
Much hyped book but not well written
Read more
Report abuse

J. Fell
4.0 out of 5 stars Burley Cross Postbox Theft
Reviewed in the United Kingdom on 19 November 2012
Verified Purchase
An amusing glimpse as to what can occur in a small village, wittily written I enjoyed it so much I bought this as a gift.
Read more
Report abuse
See all reviews
Back to top
Get to Know Us
Make Money with Us
Let Us Help You
And don't forget:
© 1996-2021, Amazon.com, Inc. or its affiliates