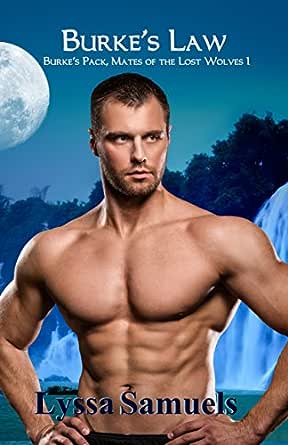 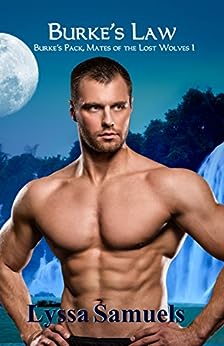 3.1 out of 5 stars
3.1 out of 5
34 global ratings
How are ratings calculated?
To calculate the overall star rating and percentage breakdown by star, we don’t use a simple average. Instead, our system considers things like how recent a review is and if the reviewer bought the item on Amazon. It also analyses reviews to verify trustworthiness.

Rory Brown
4.0 out of 5 stars Four Stars
Reviewed in Australia on 5 February 2016
Verified Purchase
i like it but it dose seem to drag a bit
Read more
Helpful
Report abuse
See all reviews

Mrs. Maureen Mazur
3.0 out of 5 stars A very dissapointed book Story could be good but I wouldn't recommend wasting your time
Reviewed in the United Kingdom on 7 February 2016
Verified Purchase
I wish I had read the 1 person review before I bought this book, her review was spot on. I gave it three stars as the bones of the story were good, it was the repetitive paragraphs. The book would have been half the length if only the author hadn't gone over and over and over again, about the love the need the caring. If the author wants pointers on how to do a good shifter book, read the Cloverleaf pack by Lisa Oliver. The story did have a good feel, it's just the author seemed to be too intent on getting the love and the mating bonds over and over again. I skipped
so many paragraph's, just so I could find some interest for me to finish the story.

Rayanvar
2.0 out of 5 stars "Not bad" is far from being good
Reviewed in Germany on 1 February 2016
Verified Purchase
It doesn't happen often, but it happens that I skip the sex scenes in a story. And when I do, that means that the story is particularly uninspired or poorly written.

This story could have been interesting: there are more levels of reality / existence involved and a variety of beings - from goddess, over shifters to a particular art of "breeders" that resemble the earthly depiction of angels. There are conflicts - as it seems, in all the reality levels. There are pairings with different profiles, some "secret" difficulties and thus with specific problems that should be probably revealed and resolved in the sequels.

But the execution is worse than poor. The explanation of the universe in which the story takes place and of the events that led to the point at which the readers go into the history is shallow, repeatedly contradictory, often just stupid. The characters - even the MCs are inconsistent. The writing is verbose (wordy) till tedious, repetitive ... boring as hell, even if it is orthographically, syntactically and grammatically correct.

Last not least: romantic and romance have nothing to do with lots of "goodness", "sweetness", "sweethearts" and soporific sex only good to produce offsprrings on the running meter. I'm generally not a fan of mpreg, but this one was simply horrible.

There are some good thoughts and moments in the story but not enough to excuse 43 chapters.
Read more
Report abuse

Sabine Müller
2.0 out of 5 stars just boring...
Reviewed in Germany on 29 January 2016
Verified Purchase
I really tried, but did not last till the end of this book. It's simply too long-winded and boring :-(
Read more
One person found this helpful
Report abuse

T ann
1.0 out of 5 stars Had potential but I couldn't stick it out....
Reviewed in the United Kingdom on 24 January 2016
Verified Purchase
Ok I tried to keep going but I have had to give up. The plot seemed good and I liked the characters initially.Dane escapes from his own world with friends running from what amounts to slavery as a breeder. Burke, his pack and the vampire coven they are close to are there to meet them and help them as they flee. Most of the newcomers seem to be mates of either wolf or vampire who are delighted to finally find the mates they long for. All good so far. The problem for me started here. Burke and Dane feel the mating bond and are so happy to find an amazing mate in each other and they tell each other this over and over and over again -page after page after repetitive page. 30% in and that's it - quick excitement crossing worlds via a portal then nothing but mating speak - "you're amazing, I'm so lucky, let me keep you safe etc etc, on and on until I'm starting to skip ahead hoping for some actual story. Nope, not yet so I've had enough- it's going back for a refund.it might suit others and I normally love paranormal matings but this isn't working for me.such a shame as it started so well...
Read more
2 people found this helpful
Report abuse

Kindle Customer
1.0 out of 5 stars Good storyline without follow through - PROOFREAD, and CORRECT USING.A THESAURUS
Reviewed in the United States on 4 January 2017
Verified Purchase
I could not make it through the book, much less one chapter.. I felt as though I were reading a translation that had yet to be proofread, or a minimum-word-count essay where the writer rewrites a topic sentence four times by just moving the words around within the sentence. There were repeated sentences, or at times the same ideas or details, REPEATED, without attempting replacement with SYNONYMS, and I also was.unnerved when I'd see the same sentence/content a couple.of pages later. I bet if we took out all those repetitions, you'd cut out forty to fifty pages! One star for this one since I didn't (couldn't bring myself to) finish it.
Read more
One person found this helpful
Report abuse
See all reviews
Get FREE delivery with Amazon Prime
Prime members enjoy FREE Delivery and exclusive access to movies, TV shows, music, Kindle e-books, Twitch Prime, and more.
> Get Started
Back to top
Get to Know Us
Make Money with Us
Let Us Help You
And don't forget:
© 1996-2020, Amazon.com, Inc. or its affiliates