Buried and over 1.5 million other books are available for Amazon Kindle . Learn more
Share <Embed> 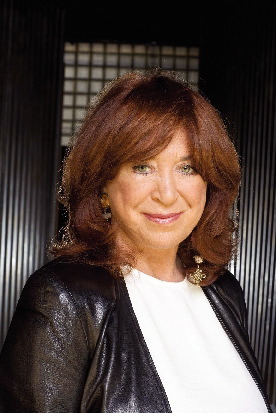 Page 1 of 1 Start overPage 1 of 1
Previous page
Next page
Start reading Buried on your Kindle in under a minute.

Lynda La Plante was born in Liverpool. She trained for the stage at RADA and worked with the National theatre and RDC before becoming a television actress. She then turned to writing - and made her breakthrough with the phenomenally successful TV series Widows. Her novels have all been international bestsellers.

Her original script for the much-acclaimed Prime Suspect won awards from BAFTA, Emmy, British Broadcasting and Royal Television Society as well as the 1993 Edgar Allan Poe Award. Lynda has written and produced over 170 hours of international television.

Lynda is one of only three screenwriters to have been made an honorary fellow of the British Film Institute and was awarded the BAFTA Dennis Potter Best Writer Award in 2000. In 2008, she was awarded a CBE in the Queen's Birthday Honours List for services to Literature, Drama and Charity.

4.4 out of 5 stars
4.4 out of 5
2,674 global ratings
How are ratings calculated?
To calculate the overall star rating and percentage breakdown by star, we don’t use a simple average. Instead, our system considers things like how recent a review is and if the reviewer bought the item on Amazon. It also analyses reviews to verify trustworthiness.

Robert W Dixon
5.0 out of 5 stars Great reading
Reviewed in Australia on 17 April 2020
Verified Purchase
Another great story, looking forward to the new series. I feel that this is going to be another good read.
Read more
Helpful
Report abuse

Tasha
4.0 out of 5 stars Good
Reviewed in Australia on 23 October 2020
Verified Purchase
I loved that I got a where are they now update from widows, and Jack is extremely likeable, and living in the grey area made for an interesting read. My only complaint is having to wait for an update!
Read more
Helpful
Report abuse

mark
4.0 out of 5 stars Good exciting Tennyson fare...
Reviewed in Australia on 7 August 2020
Verified Purchase
LaPlante can be relied upon to write readable and entertaining stories and this one is no exception. Thoroughly enjoyable with historical references.
Read more
Helpful
Report abuse

camille bird
3.0 out of 5 stars Disappointing
Reviewed in Australia on 17 June 2020
Verified Purchase
I love Lynda La Plante’s books but found the plot far fetched but of course finished the book to see what happened.
Read more
Helpful
Report abuse

Alan
TOP 1000 REVIEWER
4.0 out of 5 stars Interesting detective, gripping plot!
Reviewed in Australia on 9 March 2021
How have I gotten this far without ever having read a Lynda La Plante crime novel? The thieves behind an infamous train robbery have never been found until a reluctant and distracted DC Jack Warr turns his mind to the case. La Plante has constructed a compelling character in Jack Warr, he’s smart, unambitious, conducts personal inquiries on police time, morally ambiguous, and not really there for colleagues or family - definitely room for improvement! I enjoyed the many moving parts of the plot which jumped between past and present events, although I was disappointed that the historical vignettes kept showing me who the thieves or murderers were before Jack discovered each secret - why do some authors like to steal their own thunder? Annie Aldington narrated the historical scenes well, but I kept feeling Alex Hassell’s narration of the present felt a little tired or flat. His tone suited Jack’s dialogue, but not the narrative in-between.
Read more
Helpful
Report abuse

Amazon Customer
5.0 out of 5 stars BURIED is true to its name, throughout.
Reviewed in Australia on 21 September 2020
Verified Purchase
BURIED has the reader guessing from the start. Jack is mixed up and so are the stories the ladies tell. I liked this book, probably would not read it again - and the ending - well, was there justice?
Read more
Helpful
Report abuse

Amazon Customer
3.0 out of 5 stars Enjoyed the book but disappointed at the duplication
Reviewed in the United Kingdom on 10 April 2020
Verified Purchase
Bought this as it was a new detective and a new book. However I had already read a lot of it when I read widows years ago. It wasn’t mentioned that this was going back to Dolly Rawlins and the Widows book which I found disappointing as it was a large chunk of the book.
Read more
21 people found this helpful
Report abuse

JaquiP
4.0 out of 5 stars A new Detective with a past that links to a baffling, current case - classic Lynda La Plante
Reviewed in the United Kingdom on 11 April 2020
Verified Purchase
The thing you can guarantee about a crime thriller from Lynda La Plante is the multi layering and clever crafting of plots and subplots along with careful planning and research twisted together impeccably. How she keeps all the strands in her head and marries them together as an entirety is something to marvel at. It's a clever weaving of old characters that maybe she was attached enough to to give them one more airing ..... "Those women didn't rob that train," Bill repeated. " it was a smart, savvy bunch of professional men, who I reckon came from your neck of the woods. ". Oh yeah?! The book opens in 1994 with a prologue. A celebration dinner with five women hosted by Dolly Rawlins before seamlessly moving to up to date and introduces us to DC Jack Warr. He is charismatic and attractive as a hero "A respected man doesn't throw his weight around. A respected man is quiet and calm and terrifying.....". This isn't said about Jack but about his natural father who he is searching for and most resembles. As the story processes, gradually Jack straddles two worlds . .. The Police world and the criminal world. His journey is interesting and surprising and kept me engrossed.

For anyone who loves crime procedural books, this book is a master class in it. Here and there It's a little far fetched and the personalities and journeys of the women didn't always hit the right mark, they didn't feel as real as the police personalities and sometimes I found it a little difficult to match the women and their and stories all as they merged a bit. Maybe there were too many of them to distinguish one from the other clearly at times. Some left more of an impression than others. But the book is peopled with some great characters and is very good. I greatly look forward to the next book in this new series and meeting up with ... Now ... Sergeant Jack Warr in the next book in the series. Seriously well plotted and crafted. And clever. Jack is a bit different as a hero too. Very engaging and interesting a character. A great read. Roll on the next book.

H. S. Lawrence
5.0 out of 5 stars Devoured it in one day!
Reviewed in the United Kingdom on 31 May 2020
Verified Purchase
Absolutely devoured this book read it in a day! I'm not an avid La Plante fan listened to Widows Revenge.on audiobook and that's the first time I've had. I'd heard all about Widows series and was familiar with her writing but never fancied reading any. So picked up a Buried on a whim because I'd enjoyed Widows Revenge. It's a fast paced book, pulling in characters from the Widows books and ties those stories completely up. Its definitely a great start to a new series based around Jack Warr and I will certainly be reading the next one. If you're looking for a fast paced easy read this is a must read. I loved it and wouldn't hesitate to recommend.
Read more
7 people found this helpful
Report abuse

S. Rothwell
4.0 out of 5 stars Loved It
Reviewed in the United Kingdom on 25 February 2021
Verified Purchase
Even though I have watched numerous dramatisations of Lynda La Plante’s novels this is the first that I have read. And what an introduction it is! Even though it is the start of a series featuring a new team of detectives there are strong links to the book series Widows. I was pleased that I knew that storyline, even though I would have still enjoyed this novel without knowing anything about it.

My first reaction when reading this novel was that the author writes in away that reflects her enthusiasm and personality when she is being interviewed. At a very past pace and one that is very refreshing. Jack, her lead, wasn’t a saint and he often came to close to crossing the fine line in more than just criminal activity. He was probably one of the more convincing fictional detective I have met when reading crime fiction. You saw his strengths, his weaknesses and his frustration at having his efforts ignored or not being able to be proven. You also saw his devotion to his partner and his adoptive parents and the guilt he felt with his ongoing determination to find his birth father. With his team members I felt a combination of liking, annoyance and sympathy towards all three. None of these characters approached their jobs in the same way, again I felt this was a true reflection of detection.

The women that Jack was investigating were people that I struggled to judge. Some I had a lot of sympathy for, a couple I really liked and wanted to know more about. Some of them made me laugh and there were more poignant moments the more I read. I would definitely be interested in reading the Widows series and I’m looking forward to reading the second book in this series.

chillett
5.0 out of 5 stars Excellent
Reviewed in the United Kingdom on 16 April 2020
Verified Purchase
I read this in a day, thanks to isolation during the Corona Virus.
Was not sure I would like it but it was brilliant. The story just seemed to come together the more you read, I believed in the characters and they came to life.
I can't wait for the next book. Hopefully will be out of isolation by then.
Read more
5 people found this helpful
Report abuse
See all reviews
Back to top
Get to Know Us
Make Money with Us
Let Us Help You
And don't forget:
© 1996-2021, Amazon.com, Inc. or its affiliates