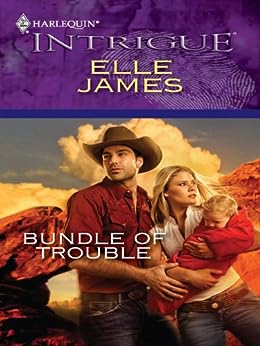 I've always dreamed of a writing career ever since I won a national short story contest in high school. Little did I know the delight and fulfilment I would experience writing over twenty novels for Harlequin. The love of romance, it seems, has been at the core of my life. It's shaped everything I do–from my choice of career to my choice of mate. My husband, also a writer, shares my love of travel, old houses, wildlife photography, American history–and, of course, romance.

Vickie K.
5.0 out of 5 stars A Great Book
Reviewed in the United States on 23 January 2021
Verified Purchase
This book was great. It has lots of suspense, danger, action and romance. Tate is a millionaire/rancher that adopted a baby boy about six months ago. Sylvia is an investigative reporter that had her baby stolen. She followed the trail to find her son and it led her to Tate and his baby. Then, the baby is kidnapped again and Tate and Sylvia join forces to find Jake. I loved the book and think that you will too.
Read more
Report abuse

paula legate
5.0 out of 5 stars Outstanding book! Action packed, with romance, and a cute baby!
Reviewed in the United States on 4 October 2013
Verified Purchase
Don't let the length or word count of this book keep you from reading this story. It was an Amazing story that drew me right in to the plot. The author fit so much into this short book. All the characters were great and only added to story line.

Sylvia had her son Jacob kidnapped from her when she was in Mexico. Jacob's dad was too busy to travel for his visitation, so Sylvia had brought Jacob to Mexico to visit his father. Jacob was only four months old, and she was walking down the sidewalk with Jacob in his stroller when someone snatched him from her. Sylvia spent the next six months looking for her son. She drained her bank account, the only thing that mattered was finding her son. She found out there was a child smuggling ring. She had interesting ways of finding out information. Her last lead, led her to Millionaire Tate. She found out Tate had adopted her son. Before there could be DNA test done to prove Sylvia was the mother, Jacob was kidnapped once again. Tate, and Sylvia teamed up to find Jacob. This was a book with a lot of action, bullets flying, fires blazing, and the chemistry and passion was also heating up between Sylvia, and Tate.
Samples of the book - Sample from chapter 3 - "And if my son has the birthmark, that doesn't prove anything," "Maybe now. If the birthmark is there, then we do a DNA test." How she'd come up with the money, she didn't know, but she'd get her baby back if she had to sell her soul to the devil himself. The baby giggled in the next room, so joyous and innocent. All the motherly longing she'd buried deep inside surged into her chest, squeezing her lungs so hard she couldn't breathe. "Just let me see him."

Sample from chapter 9 - Rage flamed through her faster than the fire had spread in the barn. Despite nearly dying in that fire. Despite the raspy way her lungs felt from all the smoke she'd inhaled, she felt a surge of adrenaline so strong, she had to move. Sylvia stalked across the room, stood directly in front of Tate and slapped his face as hard as she could.

Sample from chapter 14 - What started out as a tender union of lips, exploded into a hot, passionate tangle of tongues. His arms circled her, bringing her as close as he could get without being naked. Her hands circled his neck, clinging to him as he ravaged her mouth, pushing past her teeth with his tongue, thrusting deep, tasting her as if there would be no tomorrow. And for both of them, that just might be the case. If anything happened to her on this assignation, Tate would take El Corredor down...or die trying.
Read more
One person found this helpful
Report abuse
See all reviews
Back to top
Get to Know Us
Make Money with Us
Let Us Help You
And don't forget:
© 1996-2021, Amazon.com, Inc. or its affiliates