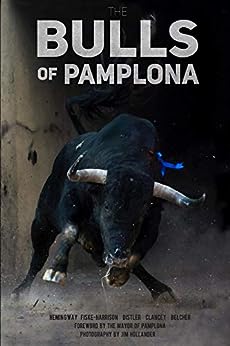 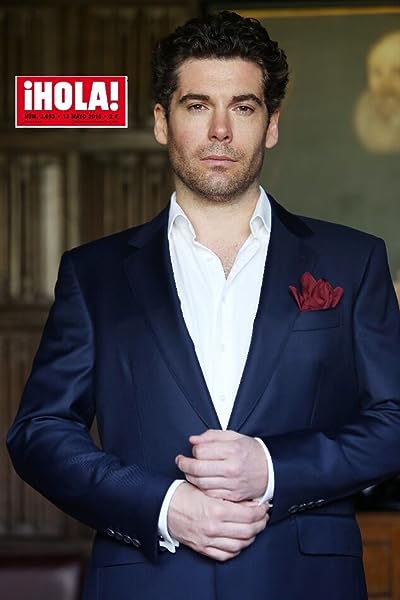 The Bulls Of Pamplona Kindle Edition

by Alexander Fiske-Harrison (Author), John Hemingway (Author), Joe Distler (Author), Dennis Clancey (Author), Larry Belcher (Author), Julen Madina (Foreword), Jokin Zuasti (Foreword), Mayor of Pamplona (Introduction), Jim Hollander (Photographer), Nicolas Haro (Photographer) & 7 more Format: Kindle Edition
See all formats and editions
Sorry, there was a problem loading this page. Try again.
The official guide to the Feria of San Fermín, the world famous annual bull-running Fiesta of Pamplona in Spain, with a foreword from the Mayor Of Pamplona, and contributions from John Hemingway, Ernest's grandson, Beatrice Welles, Orson's daughter, the best young foreign runner today, Dennis Clancey (Cpt., ret'd, 101st Airborne Division), the best foreign runner of all time Joe Distler, the Texan rodeo champion Larry Belcher, the most senior photographer of the Pamplona press corp, Jim Hollander, and the most experienced Navarran, Basque and Spanish runners Julen Madina, Miguel Ángel Eguíluz, Jokin Zuasti and Josechu López, all edited and co-authored by former amateur bullfighter and award-winning author Alexander Fiske-Harrison. (Please note that this is the standard edition with standard quality printing. Given the level of the photography within the book, we recommend purchasing the deluxe photo-print edition, also available on Amazon, which has a clarity of printing which cannot be found elsewhere.)
Read more
Previous page
Next page
Due to its large file size, this book may take longer to download

Alexander Fiske-Harrison is a British author, journalist, conservationist, bull-runner and former amateur bull-fighter. He grew up in England before moving to Spain in his 30s. He studied large mammal zoology and animal behaviour at the University of Oxford and foundations of biology and animal consciousness as a postgraduate at the University of London. Researching for a book, he trained - pictured below - as a bullfighter in Andalusia with matadors including Juan José Padilla, Cayetano Rivera Ordóñez and Eduardo Dávila Miura. The book Into The Arena: The World Of The Spanish Bullfight was shortlisted for the William Hill Sports Book Of The Year Award 2011. His story of 1950s Paris and Pamplona, 'Les Invincibles', was shortlisted for The Hemingway Prize 2016 in France. In Spain, he has been invited as speaker at the Foundation of Taurine Studies, at the University of Seville and for the Ambassador of Spain to the United Kingdom and is a member of the Foundation of the Fighting Bull in Madrid. He has written and spoken on the world of the bulls for national and international media including The Times, The New York Times, Newsweek, GQ magazine, the BBC, CNN, and the Discovery Channel. He first ran with the bulls in Pamplona in 2009 and, with the exception of 2010 - when he was bullfighting in Andalusia - he has run every year since in the encierros, 'bull-runs', of San Fermín, as well as those of other towns across Spain including San Sebastián de los Reyes (Madrid), Cuéllar and Medina del Campo (Castile and León), Estella, Funes, Santacara, Tafalla and Falces (Navarre). --This text refers to the paperback edition.

Alexander Rupert Fiske-Harrison (born 22 July 1976) is an English author and journalist, broadcaster and conservationist. His writing has been noted for his immersion in his subject matter. He also trained and worked for some years as a Method actor.

For his first book Into The Arena: The World Of The Spanish Bullfight, which was shortlisted for the William Hill Sports Book of the Year Award 2011, he became a bullfighter.

For his second, Fiesta: How To Survive The Bulls Of Pamplona, to which the Mayor of Pamplona wrote the foreword, he became a bull-runner.

He is currently researching wolves, dogs and human-canine interactions and common history for a book provisionally titled The Land Of Wolves.

Joseph Distler
5.0 out of 5 stars A Must Read for Anyone Who Wants to Run Bulls
Reviewed in France on 3 April 2019
Verified Purchase
A necessary book for anyone considering Running With the Bulls in Pamplona. Written by men who have been there for years and who have immersed themselves in all the traditions of Feria.
Advice from the men considered MAESTROS of the encierro and others who know Feria in all its aspects.
Read more
One person found this helpful
Report abuse
See all reviews
Report an issue
Does this item contain inappropriate content?
Report
Do you believe that this item violates a copyright?
Report
Does this item contain quality or formatting issues?
Report